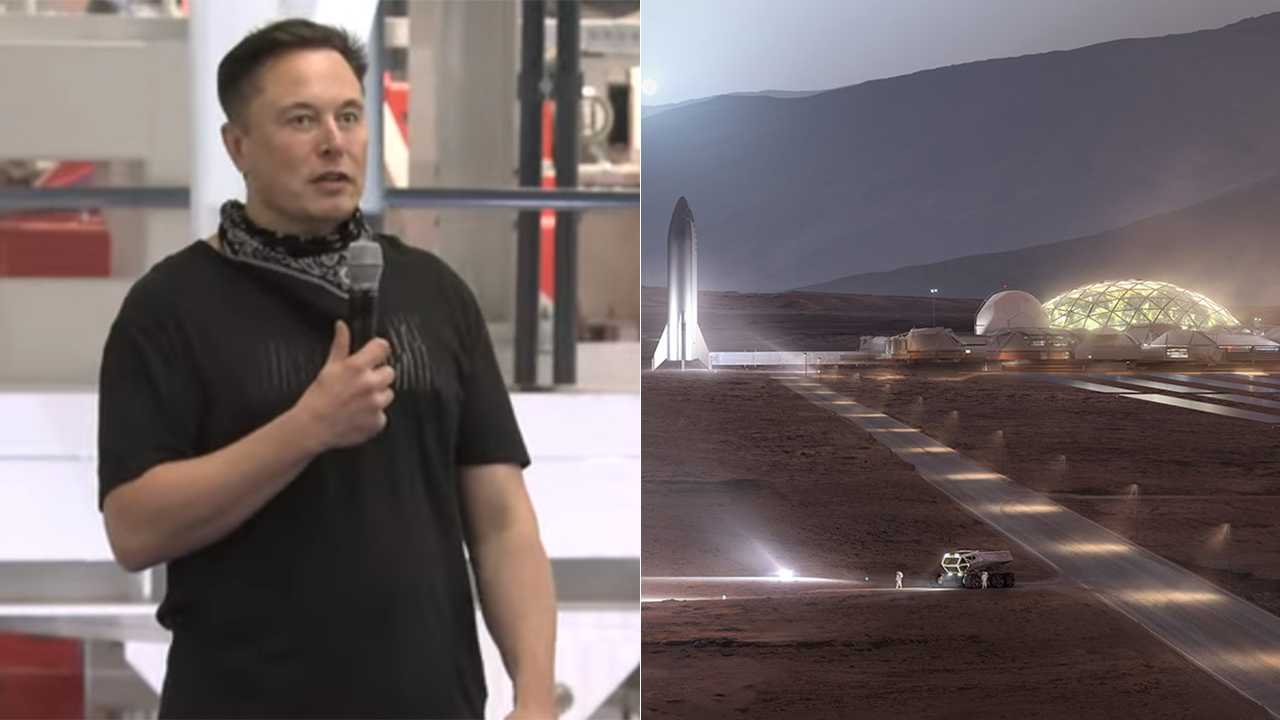 There is no competition for Tesla: Ross Gerber

Elon Musk already sent one of his Teslas into outer space on a rocket. and now he's thinking about building them there, too.

Musk's SpaceX has plans to build a city of one million inhabitants on Mars that will need surface transportation. (Tesla/SpaceX)

During Tesla's 2021 shareholder meeting on Thursday in Austin, Texas, one of the attendees asked Musk when Tesla would start building vehicles "off-planet."

"Off-planet factory? I like the way you think," Musk responded.

"So, we are many years before Tesla’s first off-planet factory. I mean, I would like to see one before I am dead. That would be cool," he continued.

"So, I don’t know what we got like 40 years-ish. Hopefully, before I am dead, basically. That would be great."

Musk is aiming to build a city of 1 million inhabitants on Mars by 2050 through his SpaceX company and has previously said he would like to die there, "just not on impact."

Musk also got down to Earth about future production on Earth during the meeting when asked if Tesla is planning to build any more factories after its Austin and Berlin locations are up and running along with those in Fremont, California, and Shanghai.

He said Tesla can still do "a lot" to expand production at the four vehicle manufacturing facilities it has and that it was mostly important to have output in each of the continents that cover its primary markets to make transporting cars easier.

"We will probably get to new factory locations, start to investigate them next year. Maybe make a decision in ‘23," Musk said.

He added that it takes Tesla about two years to build a new factory and get it up to volume production, as was the case in Shanghai.