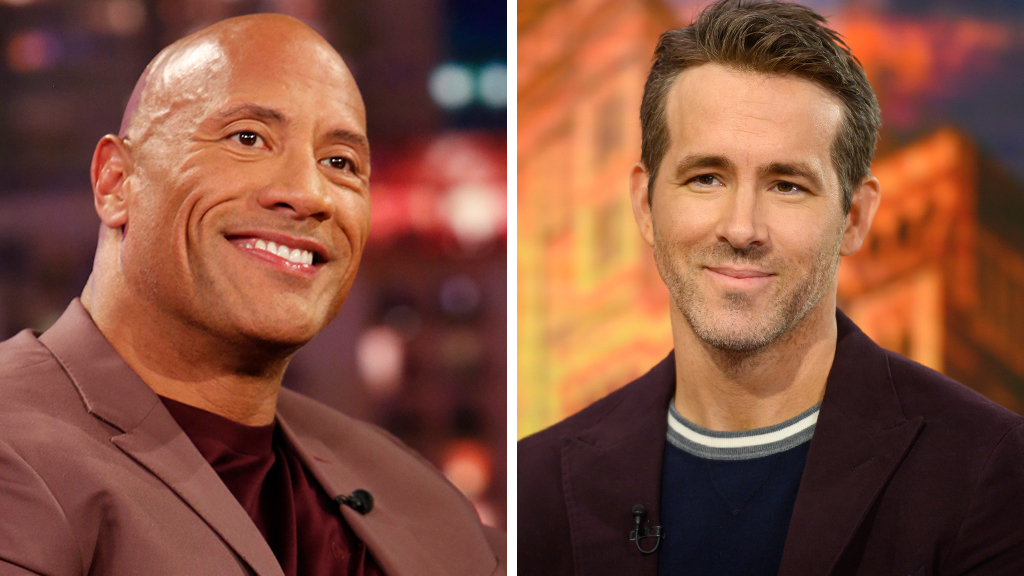 Dwayne "The Rock" Johnson has kept his number one spot as Hollywood's highest-paid actor for the second year.

Johnson pulled in an estimated $87.5 million in 2020, according to Forbes, which dropped its annual list of Hollywood money makers on Tuesday,

The magazine reported that $23.5 million is just salary from the 48-year-old's upcoming Netflix action film "Red Notice." Another actor benefiting heavily from his role in "Red Notice" is Ryan Reynolds.

The Canadian star, 43, was reportedly paid $20 million for the movie and another $20 million for his other Netflix action-heist film "Six Underground." The streaming giant announced they are also in negotiations for a third film with the "Deadpool" star. All together Reynolds pulled in $71.5 million.

Number three on the list in Mark Walhberg who raked in $58 million. His action movie "Spencer Confidential" was Netflix’s third-most-watched original film after it debuted in March.

Ben Affleck, 47, came in at number five with $55 million. He starred in two movies this year: "The Way Back" and Netflix’s "The Last Thing He Wanted."

Rounding out the top five was Vin Diesel who made $54 million. He starred in "Bloodshot" this year and voiced his character, Dominic, in the video game "Fast and Furious Crossroads."

2020 was the first year Lin-Manuel Miranda joined the list after the "Hamilton" creator sold the Broadway show's worldwide movie rights to Disney for $75 million.

Check out the breakdown below: