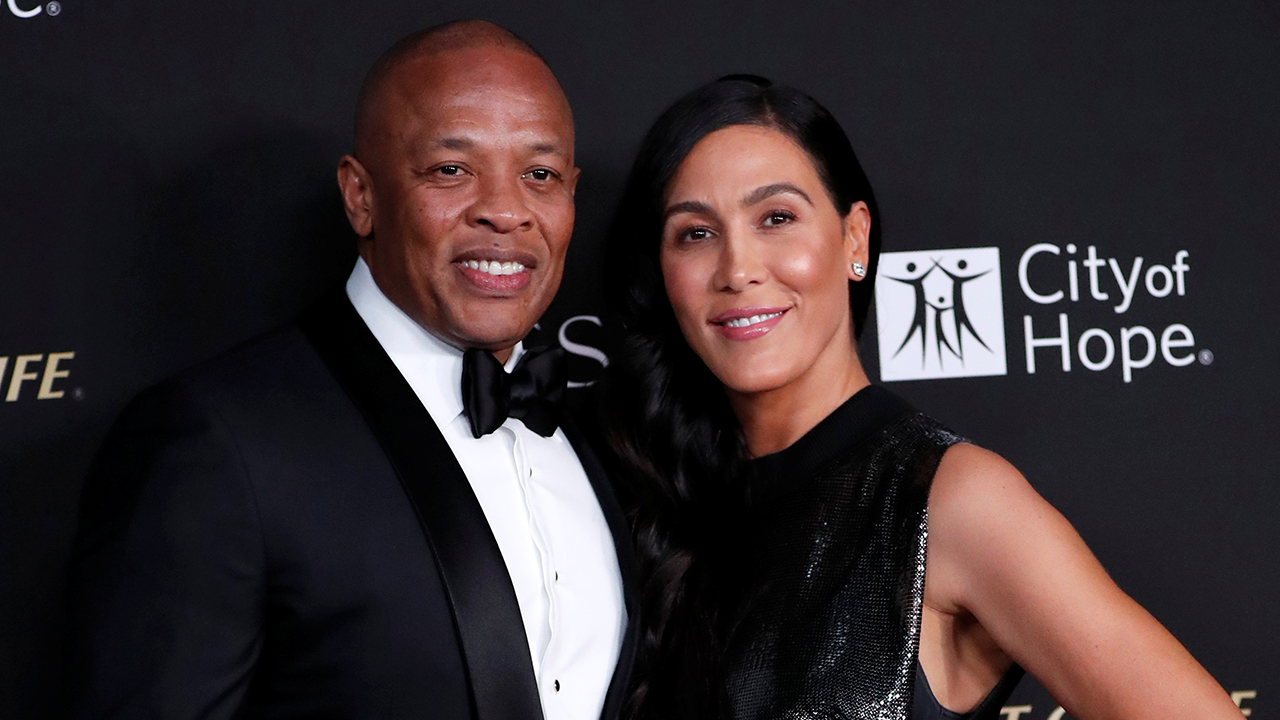 Dr. Dre and Nicole Young’s divorce just got “really hot,” according to one high-power attorney.

On Tuesday, Young, who is an attorney herself, released a bombshell testimony in response to Dr. Dre’s claim that the pair had an ironclad prenuptial agreement in place that protected him from forking over an inordinate amount of money to Young in the event their marriage ended in shambles.

In a legal filing obtained by TMZ, Young, 50, alleges she was “backed into a corner” and forced to sign a prenup back in 1996 and further states that the 55-year-old hip-hop icon, whose real name Andre Young, is worth $1 billion, which Young claims she’s entitled to a portion of after 24 years of marriage.

Producer Dr. Dre and his wife Nicole Young pose at the premiere of 'Straight Outta Compton' on Aug. 10, 2015. in Los Angeles, Calif. (Reuters)

"I was extremely reluctant, resistant and afraid to sign the agreement and felt backed into a corner,” Young alleges in the court documents, according to the gossip outlet.

"Given the extraordinary pressure and intimidation by Andre, I was left with no option but to hire a lawyer (of course, with the help of Andre's team of professionals) and unwillingly signed the agreement very shortly before our marriage," she further claims in the papers, the site reported.

Young said that the agreements had been torn up and that they agreed that the prenup was void.

APPLE SNAGS BEATS IN $3B DEAL

Holly Davis, a founding partner at the Austin, Texas-based law firm Kirker Davis, who is not involved in the case, told FOX Business there’s something to be said about the verbiage Young used in her declaration response that points to her strategy of approach in the legal showdown.

“The fact that they said 'very shortly before marriage' is important because in some states that is a factor in considering whether or not to invalidate -- or what we call 'bust-up' a prenup --  is how close in time to signing this document was the wedding,” Davis said. “So I'm reading the tea leaves of what she's saying, but the fact that the statement which has been vetted by her attorneys highlights a very short time before marriage, I think we should expect her to claim that as a factor contributing to her signing it, which might be based in a legal argument.”

Regarding Young’s revelation that Dre allegedly ripped up multiple copies of the previously drafted prenup, Davis, whose client portfolio contains a number of clients with a net worth amassing the billion-dollar mark, said Young’s legal team is positioning an “interesting and creative” defense to up the amount on a potential settlement.

“So the question now is, does that retraction in front of her count and will he admit that he tore up the last agreement,” said Davis.

Most premarital agreements purposely contain very specific provisions about what can be modified, she said.

"So one person tearing up a copy and not drafting and signing an actual nullification or even better – revising or changing the prenup – usually doesn't invalidate it," Davis explained. "But it sounds like the fact that this is coming out and she's speaking out, it signals to me a full-on battle and that is hugely important because it looks to me like a majority of his existing wealth was created well after the two-year mark, after their marriage.”

Davis maintained that if Dre and Young had an agreement in place for two years, which then became ineffective for any particular reason, “there are a lot of assets to argue about at that point."

It would be beneficial for Young and her legal team to make the argument that Dr. Dre's wealth was mostly accumulated after two years of marriage because it would cause Dr. Dre, who likely wants to keep the divorce private, stress, Davis said.

The litigator said Young has now “made a public move” after omitting the prenup in her initial filing in hopes that operating in a cordial manner would net Young the result she was seeking. Now, the ball is in Dre’s court.

“Something really interesting is that by [Nicole] recounting what happened that night – what I'm picking up on as a lawyer is that she's also maybe flagging that there might have been some alleged or potential fraud in the getting her to sign that prenup,” said Davis, pointing to Young’s declaration that she signed the prenup “very shortly” before she and the Aftermath head honcho tied the knot.

“So if she says that [Dre] ‘felt ashamed’ and knew it was bad for [Young], perhaps she's saying that Dr. Dre admitted to her that things weren't exactly revealed or listed out in that prenup that should have been,” Davis said. “Sometimes people are required in premarital agreements to list out all their assets and their value and maybe he was a little bit vague or he left some out."

Potential fraud could invalidate the agreement, Davis said. Young could have a strong case if Dr. Dre wasn't entirely honest when he tried to get Young to sign the agreement, she said.

Davis has no doubt that Young’s legal approach to Dre revealing their prenup is “very savvy” on the account that Young publicly stated the rapper and producer allegedly pressured her into signing the agreement so soon before their wedding date.

Additionally, Davis believes Young to be applying stout pressure to Dr. Dre by revealing his actions in allegedly tearing up the once drafted premarital agreement.

“She's creating a ton of leverage so that when Dr. Dre reads the filing, his lawyers see it and they might have to take seriously her counter,” Davis said.