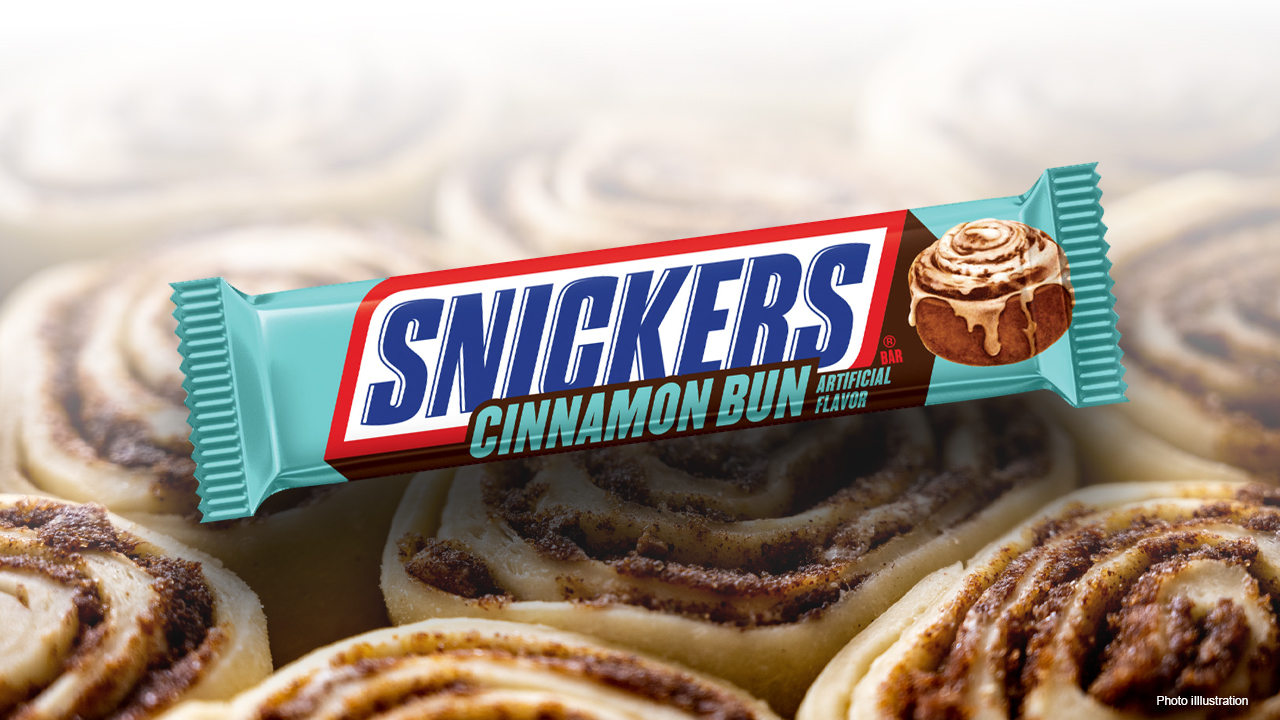 Over the years, Snickers hasn’t been afraid to try out new flavors. While many of these flavors have involved either adding new types of nuts or using a different type of chocolate, the brand just announced a new candy bar that’s based on a completely different type of flavor.

THE MCRIB RETURNS TO MCDONALD'S AGAIN

Michelle Deignan, senior brand director for Mars Wrigley, said, "We're excited to continue delivering better moments and more smiles through new innovations for our fans and aim to surprise them with delicious flavor experiences. Snickers Cinnamon Bun delivers a classic flavor that welcomes the fall season and offers a moment of comfort with a taste and texture only Snickers can provide."

Snickers isn’t the only candy bar adding new items to its line-up for the upcoming season.

As Fox Business previously reported, Hershey announced 13 new items for the upcoming holiday season. Many of the new candy items were based on popular Christmas icons, such as the Reese’s Ugly Sweater, which is a peanut butter-filled piece of chocolate shaped like a sweater.

Hershey Kisses also announced that it will be releasing a special package based on the popular children’s character, the Grinch.