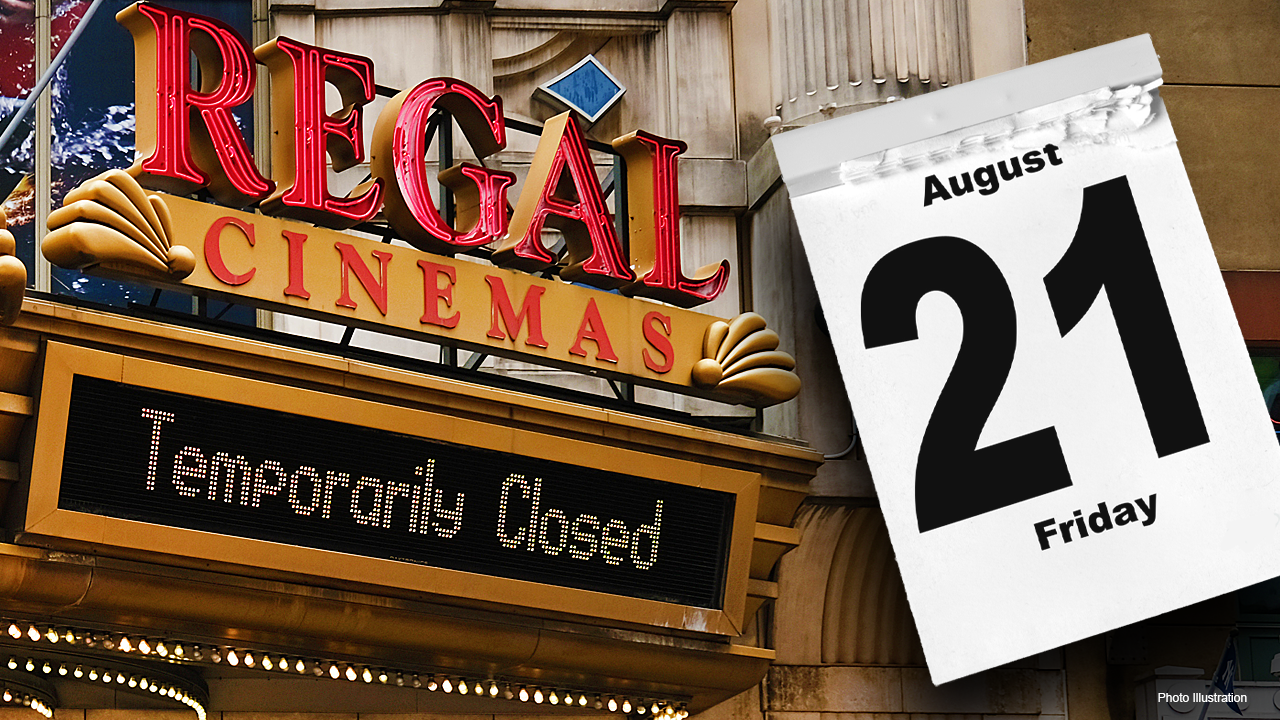 Regal movie theaters are preparing to reopen their locations that have been closed throughout the United States during the coronavirus pandemic, their top brass said on Friday.

Mooky Greidinger, the CEO of Cineworld, which owns Regal, said in an interview with The Associated Press on Friday that its screens are set to reopen for guests on Aug. 21 after several plans for reopening had been postponed due to COVID-19 spikes in various cities.

For their efforts, Greidinger said grave attention will be paid to safety protocols and sanitization efforts as they mount up for the big day that will require all employees and patrons to wear face coverings and exhibit social distancing.

DISNEY TO RELEASE 'MULAN' ON STREAMING SERVICE, FOR A PRICE

Additionally, film showtimes will be staggered and moviegoers will be allowed to purchase concessions via an app that will save lines from becoming overcrowded. Furthermore, the company will utilize ticketing software that will automatically distance groups in theaters.

Millions of dollars have also been invested in refurbishing 12 domestic locations.

“The capacity is varying from state to state and day to day,” Greidinger said. “We are not experts and we are not here to judge the decisions of the authorities. What we are told is what we will do. We’re not going to risk anybody.”

Movie theaters are different from other recreational or social gatherings, the cinema CEO said.

“The cinema sounds like a place with a lot of people and a lot of issues there, but at the end of the day, most of the time that someone is in the cinema, he is in his own seat, he’s not walking around,” he continued. “It’s not a wedding, it’s not a party, it’s not a restaurant. And everyone is facing one direction. And people, usually, while seeing a movie are not singing or talking. They’re watching the movie. We have dedicated points when we enter and go out and we will stagger the showtimes.”

Greidinger also said theater staff will be “strongly monitoring” the entrance, the lobby area and the restrooms.

“There is no compromise there. We hope that now most of the people understand the importance of the mask,” said Greidinger. “On the other hand when you sit in the movies and you eat your popcorn, it doesn’t have to take too long. And 90% of the cinemas in the U.S. are stadium seating. It’s not just the distance between the rows, there is a difference in height.”

The executive further maintained that with the positive audience turnout internationally, they are optimistic of a similar occurrence in the U.S.

“We’re surprised with the positive numbers. A lot of people are missing cinemas,” he said. “Because of the situation in the U.S. there are no big new releases, so in some cases we are showing back catalog and in some cases we show local (movies).”

“We just released last week in Hungary a big Hungarian movie that is doing very well,” added Greidinger. “(Wednesday) was the first day that we did relatively the same result that we did on the same day last year, which was really encouraging.”