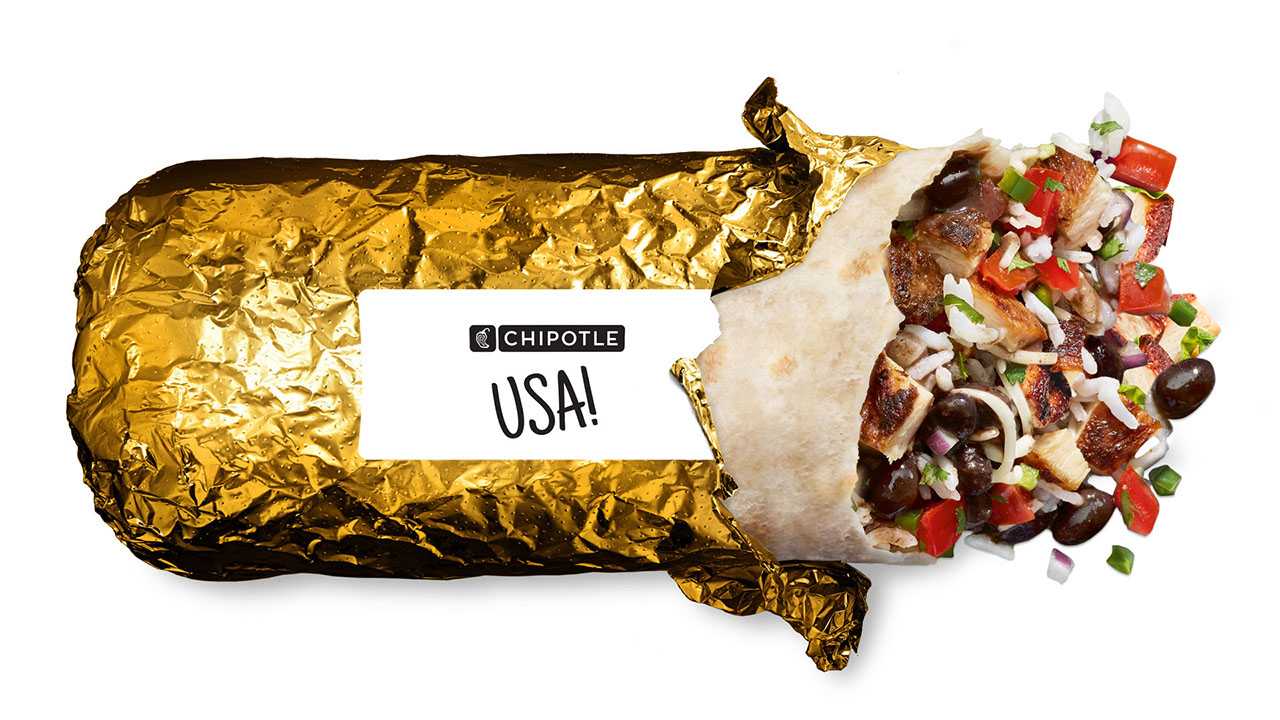 Gold is for winners.

Chipotle announced that it will be bringing back its gold-foil wrapped burritos to honor the Olympic athletes representing the United States at this year’s games in Tokyo. According to a press release, the golden wrappers will be available starting on July 23rd.

Chris Brandt, chief marketing officer for Chipotle, said, "We pride ourselves on being a go-to restaurant for many of the country's top competitors." (Chipotle)

Chris Brandt, chief marketing officer for Chipotle, said, "We pride ourselves on being a go-to restaurant for many of the country's top competitors. Our gold foil is symbolic of our support of American athletics and commitment to providing real food for real athletes."

This will be the first time that Chipotle is bringing its gold wrappers back nationwide since introducing them in 2011 for the chain’s 18th anniversary, according to the press release.

The gold foil-wrapped burritos will be available through in-store purchases at participating locations as well as through digital orders. The campaign will run for three weeks to coincide with the 2021 Olympics.

The restaurant chain recently announced that it had beaten estimates for its quarterly comparable sales and restaurant margins, as Fox Business previously reported. While the chain, like most others, struggled during the lockdowns, it has seen a strong recovery.

The strong showing was attributed to a rise in menu prices to offset an increase in wages, which has been brought on by a national labor crunch.