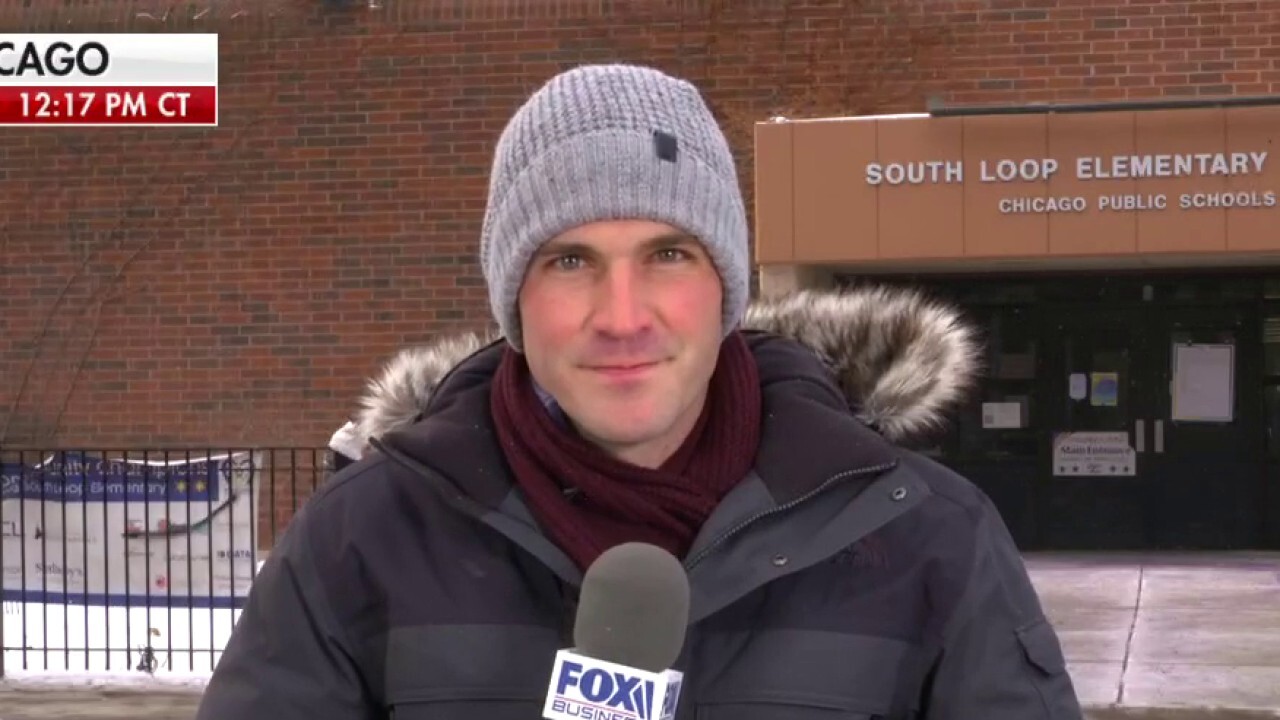 Chicago schools close after teachers union votes to walk out

FOX Business’ Grady Trimble reports from Chicago after 73% of teachers union members vote for remote learning after the holidays.

Now, the Chicago Teachers Union (CTU) is demanding to know exactly how that money is being spent after it voted to close schools Tuesday evening to go back to remote classes until the current spike in COVID-19 cases "substantially subsides." The vote resulted in classes being canceled on Wednesday.

"The in-person learning that some of us are getting is still not where it needs to be because the district, the mayor, refuses to put the resources into schools. She spent $100 million. She got $2 billion. … What is the percentage on $100 billion to $2 billion?" CTU Vice President Stacy Davis Gates said during a Wednesday morning Zoom meeting.

Veronica Esquivel, 10, finishes her homework after her virtual school hours while her brother Isias Esquivel sits in front of the computer, Wednesday, Feb. 10, 2021, at their residence in Chicago's predominantly Hispanic Pilsen neighborhood. (AP Phot ( )

"Where are the expenditures from the $2 billion that give the students what they need in their school communities? We haven't seen them," Gates continued, adding that teachers have not seen "any academic recovery" since the COVID-19 pandemic initially shut Chicago schools down in 2020.

CTU members will return to in-person learning once cases subside or union leaders approve an agreement for safety protocols with the district.

"The mayor’s CPS team has repeatedly failed to meet even its own modest promises in testing and contact tracing, refused to stand up a robust student vaccine program, refused to document HVAC safety, failed to maintain even 3-foot social distancing, failed to improve serious problems with sanitation and cleanliness, and continues to reject a science-based metric to determine when there’s too much COVID to learn in-person safely," CTU said in a Jan. 2 press release.

Data from the Chicago Public Schools (CPS) website shows 35,816 tests were completed between Dec. 26 and Jan. 1, but 24,986 were deemed "invalid" because of delays brought on by "weather and holiday-related shipping issues," the testing vendor, COLOR, told CBS Chicago.

CPS has so far funded in-school testing at all public schools (10,000 out of about 340,000 total public school students were tested Monday); access to free COVID-19 vaccines; $15 million in HEPA air filters; and $141.4 million in "improved mechanical system upgrades," according to a Tuesday press release.

A breakdown of the district's budget, which come from a total of $2.6 billion in education funding from both the Biden and Trump administrations, between fiscal year 2021 and 2024 can be found on the CPS website.

About 82% of the district's roughly 21,600 teachers reported to work Monday, according to CPS, which was lower than usual, but that schools remained open for in-person instruction. Schools will close only if 40% of staff does not report to work. Additionally, 90% of teachers are vaccinated against the virus.

Parents and staff can check the status of ventilation systems in individual classrooms on the CPS website.

The Chicago School District spent as much as $30,000 per pupil in operational and instructional expenses in 2020, according to the Illinois State Board of Education.