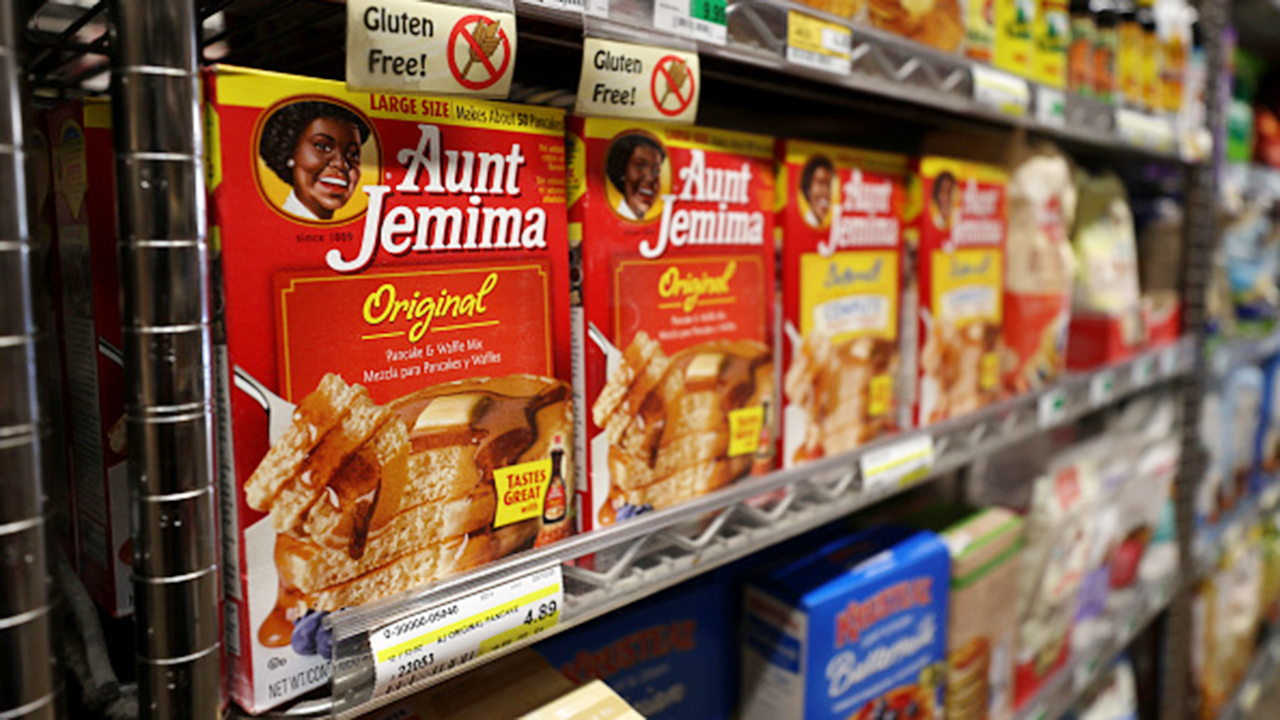 The families of two women who portrayed Quaker Oats' Aunt Jemima expressed concerns about the company's decision to scrap the controversial branding, saying it could erase their family histories.

Relatives of the late Lillian Richard and Anna Short Harrington, two women who were hired by Quaker Oats to portray the character in the 1920s and 1930s, spoke out this week after PepsiCo's Quaker Oats said the brand's "origins are based on a racial stereotype."

The Aunt Jemima brand originally depicted a heavy-set black woman wearing the garb of a kitchen maid and a kerchief commonly worn by slaves.

Representatives for Quaker Oats did not immediately respond to FOX Business' request for comment.

"This is an injustice for me and my family. This is part of my history, sir," Larnell Evans Sr., a great-grandson of Harrington, told Patch.com. "The racism they talk about, using images from slavery, that comes from the other side — white people. This company profits off images of our slavery. And their answer is to erase my great-grandmother's history. A black female. … It hurts."

Harrington began appearing on the company's products after being discovered by Quaker Oats in 1935, Evans told Patch.com. She toured the country serving pancakes while clad in the Aunt Jemima get-up, he said.

"This woman served all those people, and it was after slavery," he said. "She worked as Aunt Jemima. That was her job. … How do you think I feel as a black man sitting here telling you about my family history they're trying to erase?"

Around the same time, Richard, from Hawkins, Texas, became an ambassador for the brand after being discovered by the company in nearby Dallas, according to Vera Harris, family historian and great-niece to Richard.

At the time, promoting the brand around Texas was considered an "honorable job," Harris told FOX Business, adding that the "Richard family was proud of her."

The family understands the company's decision to rebrand, but they are concerned about what it will mean for Richard's legacy, Harris said.

"We just don't want my aunt's legacy -- what she did making an honest living at the time -- to be wiped away," she said. "Her story should not be erased from history."

Richard had worked for the company for roughly 23 years before passing away in 1965, according to historical documents obtained by the Harris family.

The changes coincide with a nationwide call for racial justice and police reforms following the death of George Floyd, a handcuffed black man who died in police custody in Minneapolis.