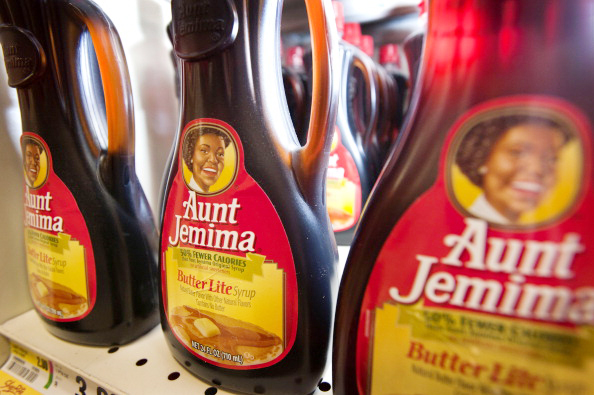 After 131 years, PepsiCo's Quaker Oats is scrapping the controversial Aunt Jemima branding on its breakfast products, acknowledging that its "origins are based on a racial stereotype."

The company's line of maple syrups, pancake and waffle mixes had prompted criticism for years because of early overtones of slave culture in the pre-Civil War South. Quaker Oats is owned by PepsiCo.

"We recognize Aunt Jemima's origins are based on a racial stereotype," Kristin Kroepfl, vice president and chief marketing officer of Quaker Foods North America, said in a statement obtained by FOX Business. "As we work to make progress toward racial equality through several initiatives, we also must take a hard look at our portfolio of brands and ensure they reflect our values and meet our consumers’ expectations.

The move coincides with a nationwide call for racial justice and police reforms following the death of George Floyd, a handcuffed black man who died in police custody in Minneapolis.

Quaker Oats products will stop carrying the Aunt Jemima image, modernized over the years, by the end of 2020. The name change will follow shortly after the first phase of packaging changes, according to PepsiCo.

Products were sold under the Aunt Jemima brand, which originally depicted a heavy-set black woman wearing the garb of a kitchen maid and a kerchief commonly worn by slaves in the antebellum South, for over 130 years.

The company says it has worked to evolve the image over the years with the goal of representing "loving moms from diverse backgrounds." The company says it had updated the brand in a manner to be "appropriate and respectful," but conceded that the changes were insufficient, Kroepfl said.

"The brand has not progressed enough to appropriately reflect the confidence, warmth and dignity we would like to stand for today," she added.

After removing the image from products, the company promises to "continue the conversation" by gathering diverse perspectives. It will also give a minimum of $5 million over the next five years to create "meaningful, ongoing support and engagement in the black community."