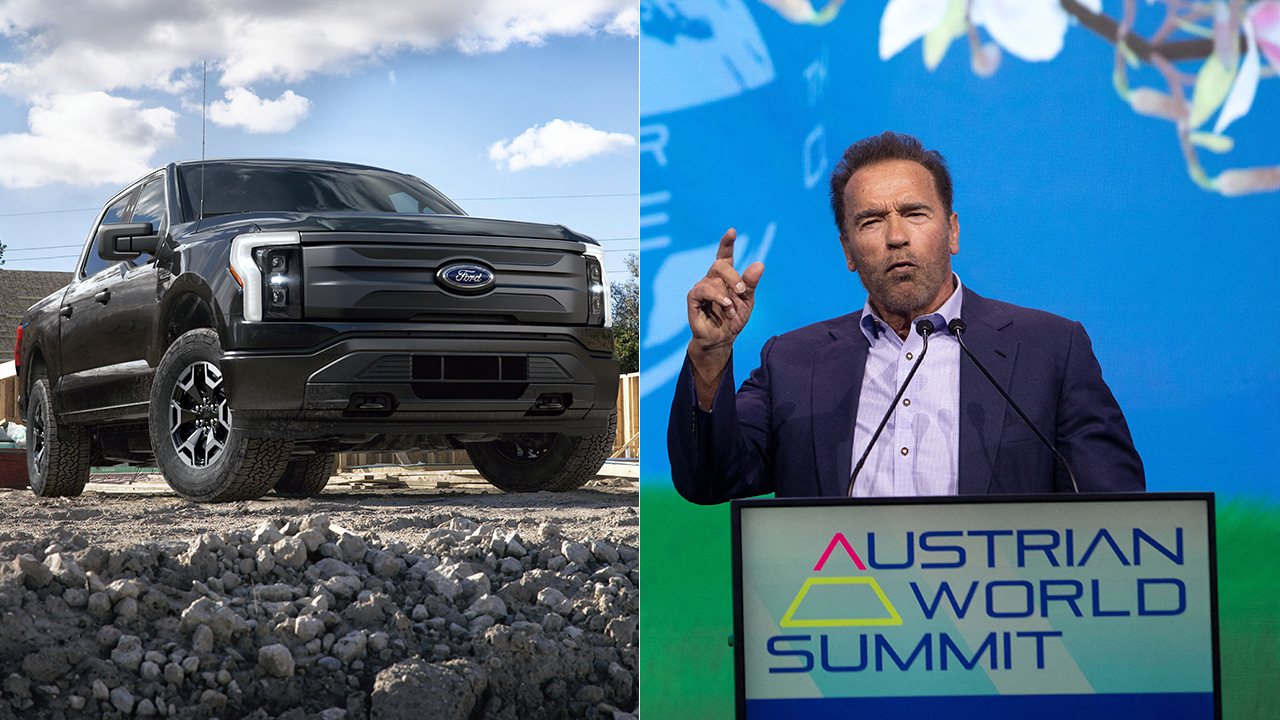 The Governator has spoken.

The actor has long been a proponent of electric vehicles and famously drives a Hummer H1 he had converted to battery power by an Austrian firm.. He told Farley he is a fan of the F-150 Lightning and the company's shift to become an all-electric brand in Europe and made an intriguing proposal.

"We in Austria have some room if you want to build a plant, an auto plant here in Austria," Schwarzenegger told him.

"That would be fantastic. We would help you. We have the Bundes[regierung] President right here, we have the chancellor here, we can make a deal right now. OK, just remember that."

Ford currently operates an assembly plant and several parts factories in neighboring Germany and has facilities in a number of other European countries.

Farley then said he wants to get Schwarzenegger a test drive in the F-150 Lighting and showed him a doctored image of one with him behind the wheel.

Ford doesn't currently sell the F-150 through regular channels in Europe due to its size, but does offer the midsize Ranger and is planning to introduce an electric pickup in its size class in the coming years.