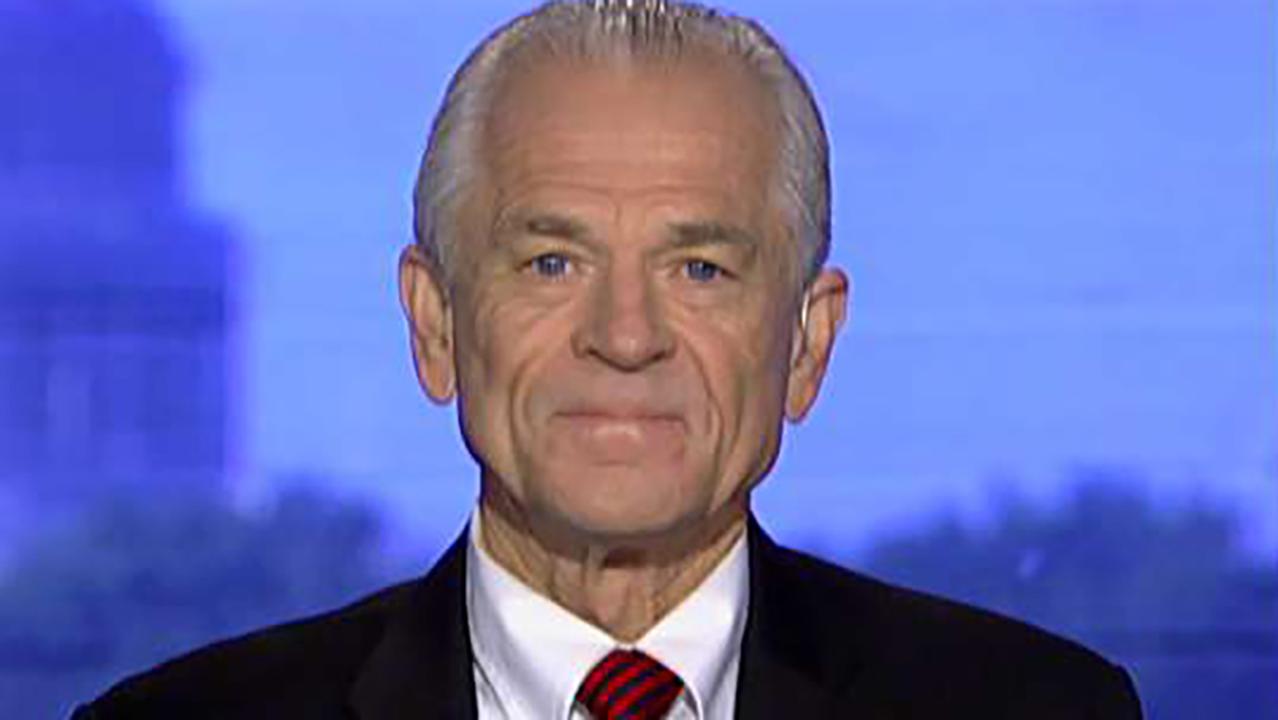 President Trump will sign an executive order on Monday to require that the bulk of the steel and iron used in federal contracts is sourced from U.S. firms., according to a top trade adviser, the latest move by the White House to bolster domestic commodity producers.

The action is slated to mandate that 95 percent of steel and iron used for government projects is provided by American firms, the White House’s Peter Navarro told FOX News on Monday, an increase from the existing threshold of 50 percent.

Trump will also suggest that the content threshold for other commodities be increased to 55 percent, up from the current 50 percent, and eventually rise to 75 percent, Navarro wrote in an op-ed.

in a statement, the American Iron and Steel Institute called the executive order "another positive step in ensuring" domestic procurement laws.

Trump previously imposed double-digit tariffs on steel and aluminum imports, one intended to curb the use of those commodities from countries like China. Those duties were lifted on Canada and Mexico as the three nations seek to advance an update to the North American Free Trade Agreement.

He also signed an executive order shortly after assuming office to reduce the number of waivers to federal contractors, leading to a 15 percent drop and decade-low spending on foreign goods, according to Navarro.

Profits at top U.S. steel firms have risen to record highs under the Trump administration and top producers are expanding operations in the country.

Nucor is building a $1.35 billion facility that will produce roughly 400 full-time jobs, while Steel Dynamics is constructing a new $1.8 billion flat-roll mill that is expected to spur 600 new jobs.