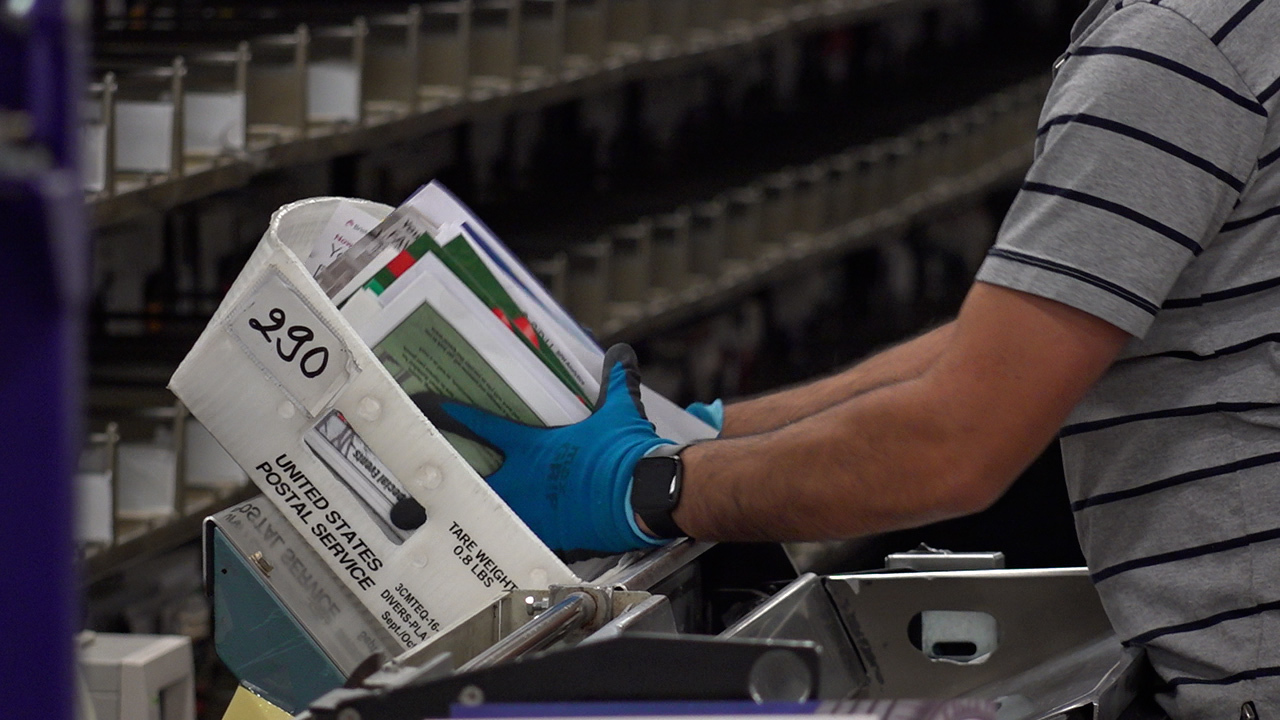 USPS does not expect any delays as shipping deadline approaches

Private companies tackled the burgeoning supply chain crisis by investing in assets, expanding their labor forces, and leaning into digital infrastructure ahead of peak season, while the Biden administration takes credit for fixing the crisis and saving Christmas.

The crisis started to come to a head at the end of August 2021 as a number of COVID-19 issues, in addition to consolidation over the past five years, created a cascading series of knock-on problems that created a global backlog for shipping companies and terminals.

Around 90% of the world’s traded goods travel via ocean freight due to significantly cheaper costs, but China shut down ports after discovering even one COVID-19 case among the workforce. Initial predictions indicated a rough outlook for the holiday season, with some officials urging shoppers to get their gifts early or face a disappointing Christmas with empty shelves.

But just a few days ahead of the holiday, the Biden administration declared it "saved Christmas."

Statements from FedEx, DHL, and UPS to FOX Business painted a different picture: Companies invested in e-commerce, modernizing air fleets, and utilizing alternative methods for delivery ahead of time.

Even the US Postal Service (USPS) did not cite help from the Biden administration, but instead declared that it had started a plan to update and expand capacity starting in March 2021 called the "Delivering for America 10-year plan." USPS told FOX Business that it anticipated delivering some 12 billion letters, cards, and packages.

DHL told FOX Business that it had a "constructive relationship" with the administration and that it would "welcome the additional attention that the government is paying to improving the U.S. supply chain."

The pandemic itself presented significant logistical issues, requiring delivery companies to adapt. Each company started making early plans due to "peak season," which in the delivery industry is the term for the holiday season between Thanksgiving and New Year’s Day.

DHL CEO Mike Parra told FOX Business that the company saw the 2021 holiday season as "the Super Bowl of peak seasons" and set out to hire 2,291 starting in July to avoid any delays.

"If anything, we’ve seen some increased transit times, which has happened all year long," Parra explained. "More specific, out of Asia and China into the United States. Outside of that, no, we have seen any delays that we know of, that we heard of, that we received any complaints of."

A cargo plane is refueled on the tarmac at the FedEx Corp. distribution hub at Los Angeles International Airport (LAX) in Los Angeles, California, U.S., on Monday, Dec. 15, 2014. FedEx Corp. is scheduled to release earnings figures on Dec. 17. Photog

Those transit time delays have largely resulted in only a few days of delay, largely due to the exclusive use of air fleets to complete delivery.

As shipping lanes faced increasing delays, companies started to charter cargo planes for sums of at least $2 million to move products in September and October.

"When you take a look at pre-COVID 2019 and the number of aircraft that were in the air flying both intercontinental and transcontinental to what it is today, there’s obviously less commercial airlines, number of flights flying," Parra said. "So we added capacity ourselves to supplement that."

DHL grew its aviation capacity by 12% from what it had in 2020. The company started to see some issues in August as customers started to stockpile while worries of the delta variant – and possible future variants – plagued plans for the holidays.

DHL mainly focuses on international shipping, leaving the bulk of domestic shipping to companies like UPS, FedEx, and USPS.

Growing the labor force took priority, with FedEx making a big hiring push in September with its National Hiring Day on Sept. 23. The company also added new hubs and sorting facilities as well as enhancing package handling and delivery capabilities to meet demand.

FedEx estimated that it would end up delivering 100 million more shipments in 2021 than it did in 2019.

The Biden administration’s infrastructure bill, which passed the Senate on Nov. 15, will help these same delivery companies continue to expand their capacity and infrastructure.

The Department of Transportation, which took a leading role in helping to handle the shipping crisis, did not respond to a FOX Business request for comment.