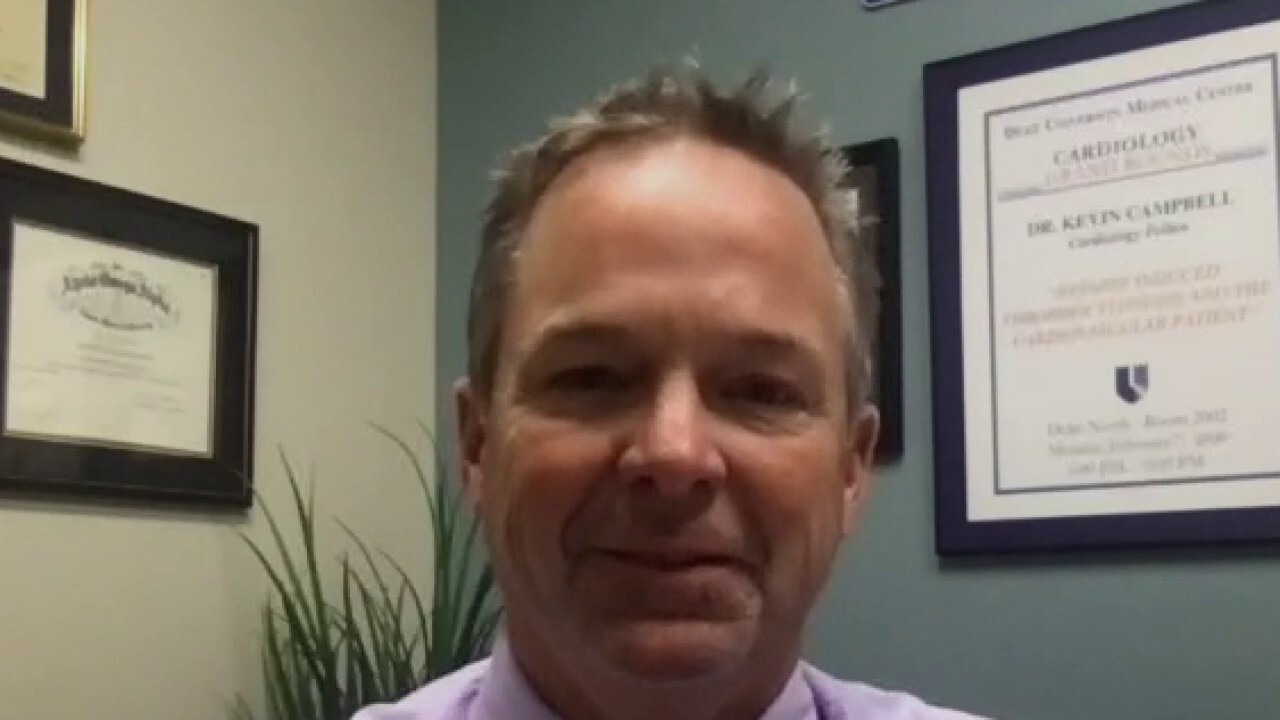 'As we continue to vaccinate, we need to loosen' COVID restrictions: Cardiologist

K-Roc Consulting President and CEO Dr. Kevin Campbell argues 'we have become a society of overreaction at this point with some of the ongoing restrictions.'

When the pandemic erupted last spring, the husband-and-wife owners of an upstate New York hotel felt compelled to offer the 43-room property to Monroe County authorities for use as a quarantine facility.

Silas Patel and his wife, Micky Patel, both previously worked in the healthcare industry, and they were eager to provide shelter at their Clarion Pointe hotel for people who had COVID-19, or had been exposed to the coronavirus. The couple also said it brought in some revenue when the rest of their lodging business had evaporated.

More than 15,000 hotels across the U.S. offered to provide temporary housing for emergency and healthcare workers, according to the American Hotel & Lodging Association, though it isn’t clear how many actually served in this capacity. Many hotels didn’t publicize that their properties served people in quarantine. On hotel booking websites and their own property websites, they simply said no rooms are available.

Experiences have varied widely after government contracts expired and owners resumed more normal hotel operations. But the Patels have had a good deal of trouble with the Rochester property since reopening it this month.

They said at least one guest canceled a booking after realizing the property was once a "COVID hotel," and say it is impossible to know how many others are staying away because of the stigma. Occupancy has been around 20% since the start of April, the Patels said, well off the 69% occupancy rate in April 2019. It is also below the national average of 59.7% for the week ending April 10, according to lodging data firm STR.

Mr. Patel understands why guests would be hesitant to stay if they thought there was any lingering health risk. He spent $6,000 out of his own pocket and weeks cleaning the rooms, vents and furniture, and repolishing the floors. He stayed in many of the rooms before reopening to ensure that everything was in working order.

Yet the 44-year-old hotelier can’t help but wonder if he is paying too high a price for helping his community during a time of need. The county paid the owners a bit more than $450,000 to take over the property for the 11-month period, he said, though that covered only the costs of operation.

Upon returning to the property in February, Mr. Patel found busted microwaves and refrigerators piled high in a dumpster at the back of the hotel. There was much more wear and tear in the rooms, too, because patients spent many more hours there than a typical guest.

A Monroe County spokeswoman said the county fully complied with all the terms of the lease that was negotiated with the hotel, including with respect to cleaning.

Mr. Patel and his wife now plan to sell the property. "I don’t think they showed us the same courtesy as we did to them," he said.

With COVID-19 infection rates down nationally since January, vaccinations rising and millions of stimulus checks deposited in bank accounts, more Americans are itching to get out and travel again.

The 43-room Clarion Pointe hotel in Rochester, N.Y., once served as an isolation facility operated by Monroe County. (Google Earth)

The Rochester hotel might be struggling more than most. That is in part because most owners continue operating their hotel when they take on government contracts during disaster relief or to house the homeless, lawyers said. Often, these agreements involve leasing a number of rooms with some services at a discounted rate.

In New York City, there are more than 130 commercial hotels used as shelters, including 67 locations that house around 10,000 individuals relocated from congregate shelters at the height of the pandemic, according to the Department of Social Services.

"It’s impractical for the government to step into the shoes of an operator and take over an asset such as a hotel," said Yariv C. Ben-Ari, a partner in the real estate department at Herrick Feinstein LLP, who advises hotel owners.

County officials didn’t respond to a request for comment on the question of operation.

Mr. Patel, who was born in London and moved to the U.S. as a child, spent more than a decade working in healthcare finance and policy. His wife was a registered nurse. In 2018, they purchased the Clarion Pointe hotel, which is about 9 miles from Lake Ontario, and renovated it the following year.

The county said it followed the guidelines set by the New York State Department of Health for cleaning and disinfecting areas housing individuals under movement restrictions, according to emails sent to the Patels and reviewed by The Wall Street Journal.

Mr. Patel said he is grateful that he didn’t lose the property to foreclosure, but even with the revenue from the county, he is financially strapped. The lease payments from the county started off near $80,000 a month in April 2020, were nearly cut in half in June, and then roughly cut in half again in September.

The total wasn’t enough to dig the Patels out of their financial hole. After a grace period of three months, lenders and vendors have imposed late fees after they missed payments, Mr. Patel said. Mr. Patel said his insurer also dropped coverage after late payments and because it was unsure how to insure a building housing COVID-19 patients.

"We were committed to this," said Mrs. Patel. "But frustration built up over time."

For more from The Wall Street Journal, click here.