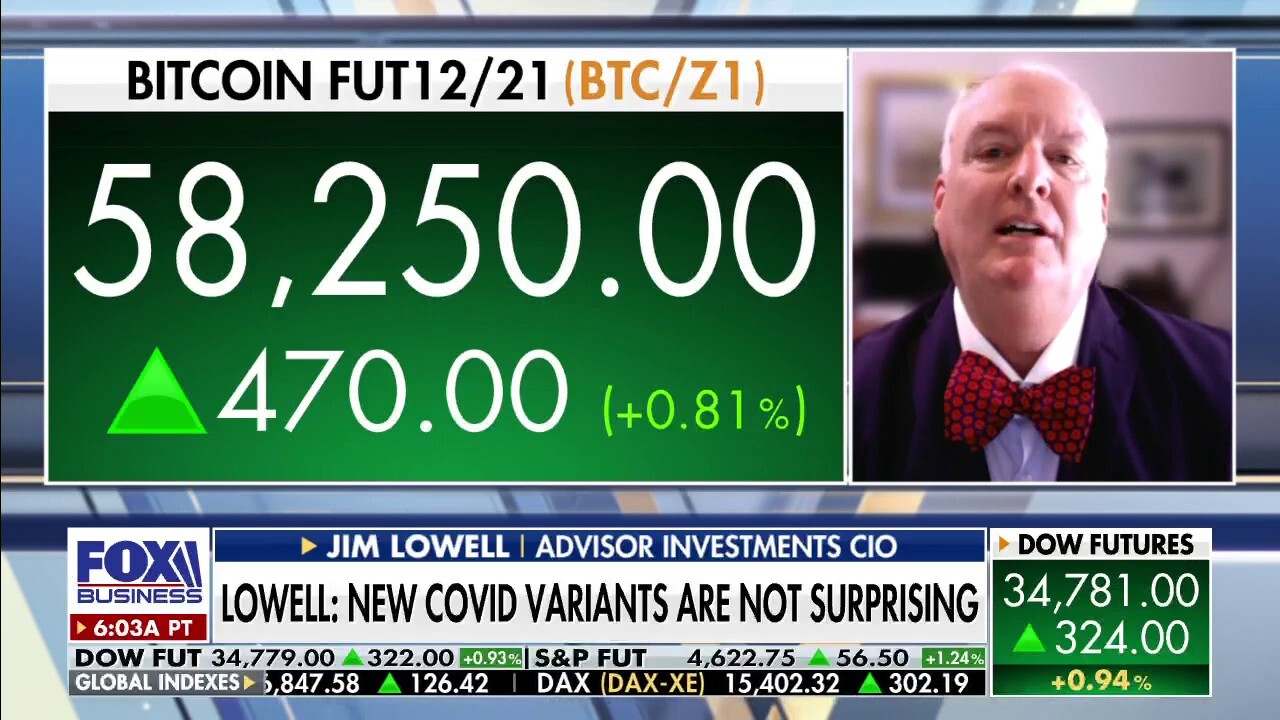 Investment expert on how omicron variant will impact markets

New findings by Gilead Sciences suggest that its antiviral COVID-19 treatment Velkury, also known as remdesivir, will continue to be active against the new omicron variant.

After conducting an initial genetic analysis of more than 200 available sequences of the omicron variant, including those from South Africa, Asia and Europe, the biotechnology giant has found no new mutations present in the strain that are expected to alter the viral RNA polymerase compared to previous COVID-19 variants. Remdesivir targets the viral RNA polymerase in order to prevent replication of SARS-CoV-2 inside infected cells.

In addition to genetic analyses, Gilead continues to evaluate remdesivir through in vitro antiviral testing.

"Veklury’s antiviral activity has been confirmed in vitro against all major previously identified variants of SARS-CoV-2 including Alpha, Beta, Gamma, Delta, and Epsilon," Gilead said in a statement Wednesday. "Due to the similarities in the viral RNA polymerase, these laboratory findings suggest that Veklury will also continue to be active against the Omicron variant and Gilead will conduct laboratory testing to confirm this analysis."

The company is currently working with government and academic experts to obtain viral isolates and conduct in vitro lab testing of remdesivir's antiviral activity against omicron and will share the data with regulators, physicians and public health authorities when testing is completed.

This picture shows a vial of Remdesivir at Movianto premises, as parcels of drugs are being sent to India, in Aalst, on April 30, 2021.  (Getty Images / Getty Images)

Remdesivir, which is approved or authorized for temporary use in approximately 50 countries worldwide, has been made available to 9 million patients, including 6.5 million people in 127 middle- and low-income countries. Data from a Phase 3 clinical trial found remdesivir to be 87% effective at reducing hospitalizations in high-risk patients who were diagnosed early.

While no major genetic changes have been identified to date in any of the known COVID-19 variants of concern and variants of interest that would significantly alter the viral RNA polymerase targeted by remdesivir, all identified variants show mutations at different locations in the SARS-CoV-2 spike protein, the target for all neutralizing antibodies.

"In the event that a variant emerges that escapes protection of our vaccine, Pfizer and BioNTech expect to be able to develop and produce a tailor-made vaccine against that variant in approximately 100 days, subject to regulatory approval," a Pfizer spokesperson told FOX Business.

Pfizer has also submitted an application for an emergency use authorization of its antiviral COVID-19 pill Paxlovid, which showed nearly a 90% reduction in hospitalization and death in a recent study. The spokesperson said Pfizer expects Paxlovid to be effective against the omicron variant and that it will manufacture 80 million courses of the pill, up from its original goal of 50 million. The Biden administration has already bought 10 million treatment courses of Paxlovid in a $5.29 billion agreement announced last month.

Gilead's announcement comes as the first case of the omicron COVID-19 variant was discovered Wednesday in California.

According to the Centers for Disease Control and Prevention, the impacted individual was a traveler who returned from South Africa on Nov. 22. The individual, who was fully vaccinated and had mild symptoms that are improving, is self-quarantining. All close contacts have been contacted and have tested negative.