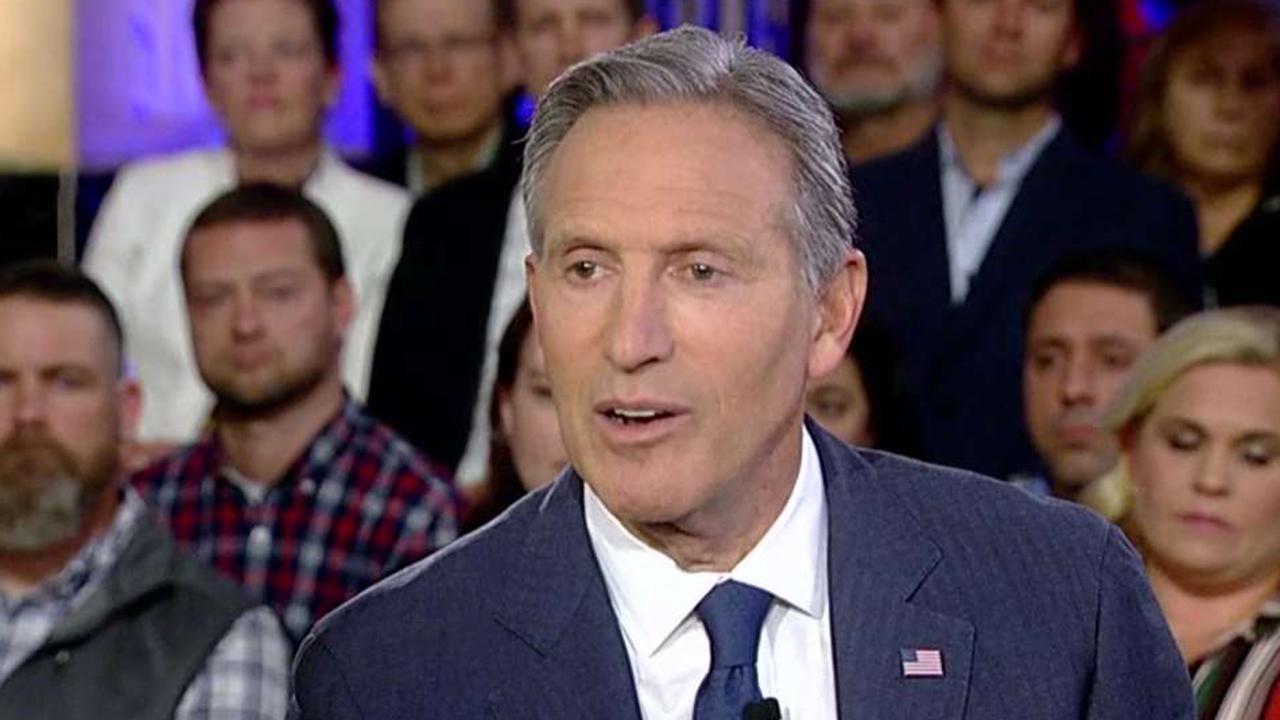 Former Starbucks CEO Howard Schultz, who has yet to commit to running for president in 2020, voiced support for a health care proposal known as universal catastrophic coverage during a Fox News townhall on Thursday .

“I would be a proponent – a strong proponent – of universal catastrophic coverage,” Schultz said. “If we did that, we would begin to lower the costs and that would have a significant impact – it would be catalytic on bringing that premium down.”

Schultz added that he believes every American has a right to affordable health care.

Universal catastrophic coverage is an income-based insurance plan where everyone has a policy that covers expenses above a specified deductible amount. The idea is that people pay what they can afford, as determined by their income.

Americans with incomes below a certain threshold would pay no deductible. For others, certain expenses would not be covered, but they would be protected against costs considered unaffordable. Higher-income families would be responsible for paying a larger share of their medical costs.

The exact amounts people would be required to pay via deductibles would likely be determined by lawmakers. For families required to pay it, the deductible is typically set as a percent of eligible income which refers to the difference between total income and the low-income threshold.

The plan could be administered by the government through Medicare or private companies. Schultz did not dive into details regarding his preference.

In regards to other policies being considered, the business leader said that Medicare-for-all, a plan being peddled by many prominent Democrats, is not a good idea. Though he added that Republicans have been unable to come up with an adequate replacement while attempting to dismantle the Affordable Care Act.

The former CEO said there needs to be more access, transparency, competition and choice in the health care market.

Schultz noted that Starbucks was the first company to provide “comprehensive health insurance” to all employees, including part-time workers.

He said while he wants to run, he will make a decision by early summer.