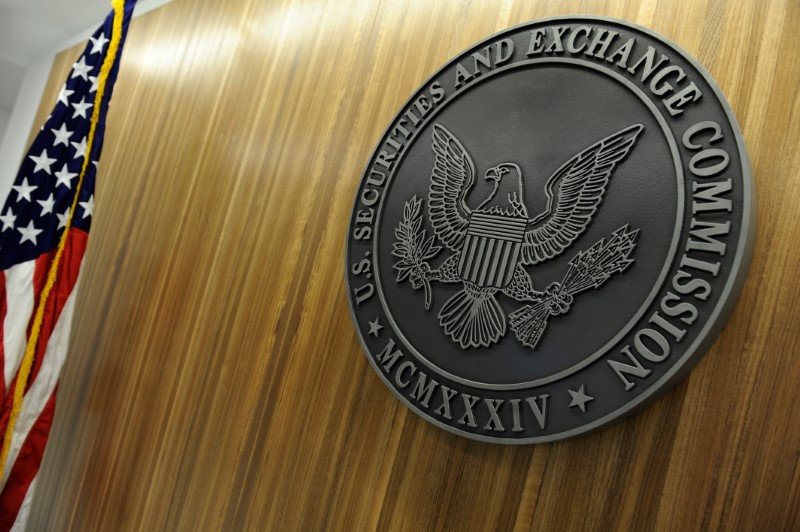 WASHINGTON -- Chinese companies with shares traded in America would be required to use auditors overseen by U.S. regulators or face being kicked off exchanges under a plan being drafted by regulators, according to people familiar with the matter.

The proposal, which is likely to be issued for public comment in December, would address the disparate treatment that applies to Chinese companies going public in the U.S. The firms have long been able to sell shares here, yet their auditors violate a key investor protection: China hasn't allowed their work to be inspected.

Auditor supervision has been overseen by a special watchdog -- the Public Company Accounting Oversight Board -- since the accounting scandals that took down Enron Corp. nearly 20 years ago. The Securities and Exchange Commission has taken different tacks to try to get China's cooperation with the PCAOB, from suing its audit firms to get information on fraudulent companies, to negotiating with Chinese regulators and issuing public warnings to U.S. investors about the problem.

Now, the SEC's proposal would put the onus on the New York Stock Exchange and Nasdaq Stock Market to require compliance with the audit inspections -- or bar a new Chinese company from listing. Those with shares already traded here would have a few years to comply before possibly losing their listing.

The SEC is moving fast to propose key elements of the plan before the departure of Chairman Jay Clayton, who announced Monday that he plans to leave by the end of December.

China has said it is worried about auditors revealing strategic secrets held by domestic firms, some of which are majority-owned by the Chinese government. The country put up a new hurdle this year, implementing a law that prevents its citizens and companies from complying with overseas securities regulators without the permission of its own market supervisor and other components of the Chinese government.

To address that issue, the SEC's plan includes a separate proposal to allow Chinese firms to get a second review of their books by an accounting firm based in a country where auditors comply with PCAOB oversight. The audit firm doing the work would likely assume liability for the opinion it provides, and the PCAOB could check the work.

The details for such "co-audits" would need to be spelled out in a regulation. The SEC would have to address obstacles to such arrangements, including the political and regulatory risks the second auditor might encounter in China.

"How do you meet the U.S. goal which is an audit subject to a meaningful inspection, and what appears to be the Chinese goal of limiting the access to information held in China?" said Paul Leder, an attorney at Miller & Chevalier and former head of the SEC's Office of International Affairs.

Another wild card: It's unclear how much China still values access to U.S. exchanges for its companies, and thus how much it is willing to negotiate. Alibaba Group Holding Ltd., which went public on the NYSE in 2014, chose to raise $13 billion in a Hong Kong share sale last year. Ant Group Co., the fast-growing financial-technology giant that grew out of Alibaba, was set to raise $34 billion in Shanghai and Hong Kong before the Chinese government halted the deal.

The SEC's proposals would take months to adopt and implement, and Mr. Clayton's successor and the Biden administration could seek to tweak the approach.

The SEC's anticipated moves follow recommendations issued by a panel of U.S. policy makers in July that suggested how to address the inspections standoff. The panel, known as the President's Working Group on Financial Markets, recommended tightening the exchanges' standards for listing Chinese companies.

NYSE and Nasdaq have declined to voluntarily change their listing rules as the President's Working Group suggested, people familiar with the matter said. Such a move could have taken effect more quickly than a new SEC regulation.

Nasdaq officials felt they couldn't implement the listing rule without clearer guidance from the SEC about how co-audits would work, a person familiar with the matter said. Nasdaq in May moved to raise its minimum requirements for listing companies from countries where PCAOB cannot inspect auditors, a step that could discourage initial public offerings by smaller Chinese firms. NYSE declined to comment.

Booting Chinese companies from U.S. capital markets would hurt the revenues of NYSE, which is owned by Intercontinental Exchange Inc., and Nasdaq. The shares could still trade over the counter.

Both exchanges earn annual listing fees from such companies and benefit from the trading activity that comes from their shares. More than 170 companies based in China or Hong Kong have completed IPOs in the U.S. since January 2014, raising about $58.7 billion, according to data from S&P Global Market Intelligence.

Congress is weighing its own solution. In May, the Senate passed a bill that would give Chinese companies and their auditors three years to comply with inspection requirements -- or face delisting from Nasdaq and NYSE. Similar bipartisan legislation passed the House as an amendment to a defense-spending bill.

--Paul Kiernan contributed to this article.