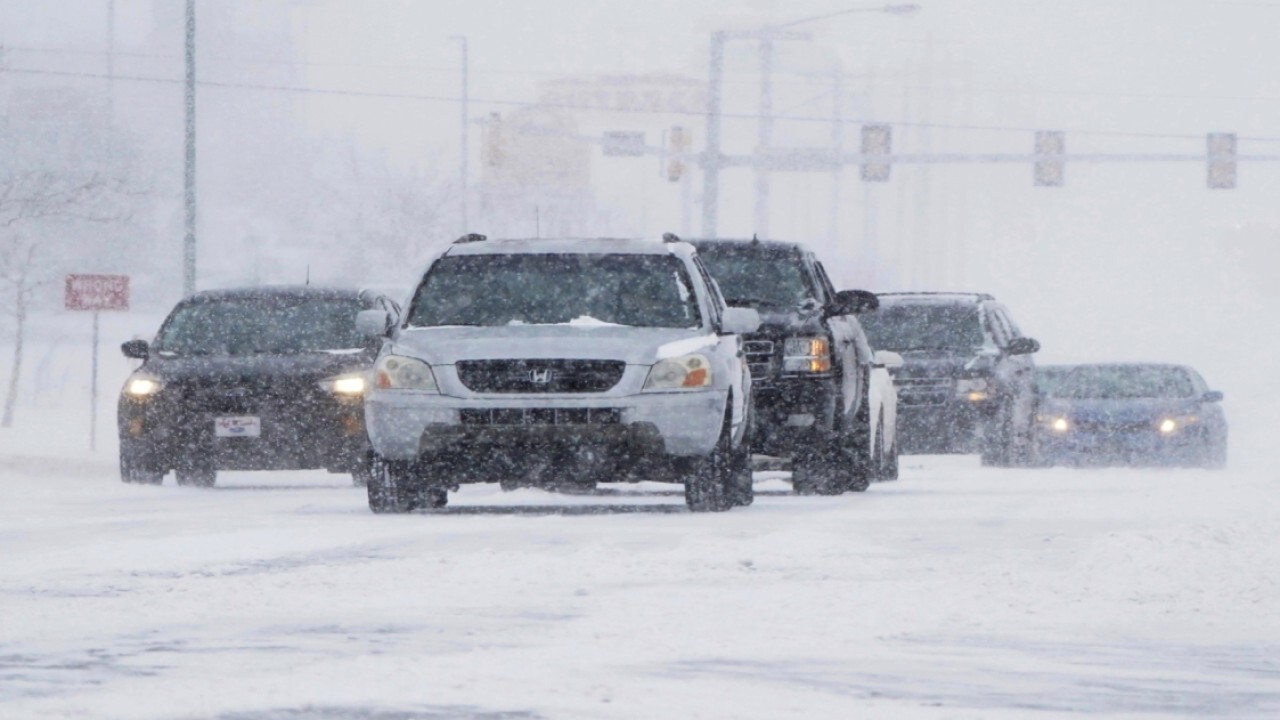 About half of Texas' wind power generation capacity has been put on ice amid the state's historic winter storm, according to a report.

The Electric Reliability Council of Texas (ERCOT) told the Austin American Statesman that roughly 12,000 megawatts of Texas' wind generation capacity had been hampered as of Sunday due to frozen wind turbines. However, they also noted that unfrozen wind turbines are spinning at a higher rate than expected, helping to offset the losses.

ERCOT operates Texas' electric grid and manages the deregulated energy market for 75% of the state,

"This is a unique winter storm that's more widespread with lots of moisture in West Texas, where there's a lot of times not a lot of moisture," ERCOT senior director of system operations Dan Woodfin told the outlet. "It's certainly more than what we would typically assume."

It is estimated between 2.5 and 3.5 million people in Texas have been left without power amid the storm's frigid temperatures. An ERCOT spokesperson did not immediately return FOX Business' request for comment.

According to the Energy Information Administration, renewable energy contributes nearly 1/5th of the net electricity generated in Texas. The state leads the nation in wind-powered electricity generation, producing almost three-tenths of the United State's total output.

Reuters reported that wind generation ranks as the second-largest source of energy in Texas, accounting for 23% of state power supplies last year, behind natural gas, which represented 45%, citing ERCOT figures.

On Monday, ERCOT warned of rotating outages as thousands of megawatts of power in the state has been lost due to the storm's "sub-freezing conditions," resulting in record-breaking electric demand.

"About 10,500 [megawatts] of customer load was shed at the highest point. This is enough power to serve approximately two million homes," the agency said in a statement. "Extreme weather conditions caused many generating units – across fuel types – to trip offline and become unavailable. There is now over 30,000 [megwatt} of generation forced off the system."

The rotating outages are expected to continue through at least Tuesday morning, Woodfin said during an ERCOT briefing Monday.

According to Texas Gov. Greg Abbott, the state's Public Utilities Commission was working to have about 500,000 residential customer's power restored as of 4 p.m., with more customers expected to have power restored late Monday evening.

Abbott received a waiver from the U.S. Department of Energy on Sunday to allow power generations to increase production.

“Due to the severe weather and freezing temperatures across our state, many power companies have been unable to generate power, whether it’s from coal, natural gas, or wind power,” Abbott said in a statement. “ERCOT and the PUC are working non-stop to restore power supply. The state has also deployed resources to assist Texans without power and to help essential workers continue to carry out their jobs. In the meantime, I encourage all Texans to continue to stay off the roads, and conserve energy as state agencies work with private providers to restore power as quickly as possible.”

In addition, Abbot is deploying the National Guard to conduct welfare checks and to assist local authorities in transitioning Texans in need to one of the state's 135 local warming centers.

According to ERCOT, consumers can reduce their electricity use by turning down thermostats to 68 degrees, closing shades and blinds to reduce the amount of heat lost through windows, turning off and unplugging non-essential lights and appliances, and avoiding use of large appliances such as ovens and washing machines.

Businesses should minimize the use of electric lighting and electricity-consuming equipment as much as possible and large consumers of electricity should consider shutting down or reducing non-essential production processes.