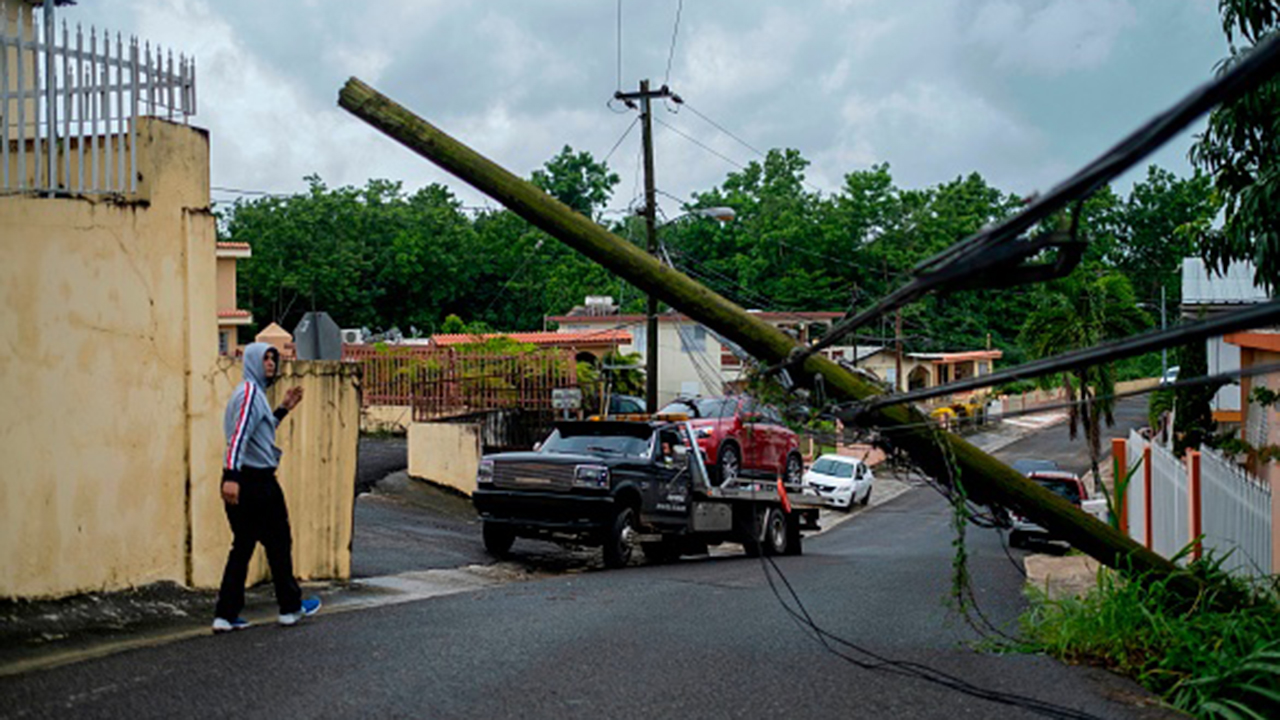 After Tropical Storm Isaias knocked out power to thousands in Puerto Rico in yet another major outage for the island, the CEO of Puerto Rico's state-owned power company announced his resignation on Monday.

José Ortiz, who leads the Electric Power Authority, is expected to step down on Wednesday after widespread anger over ongoing power outages happening during the pandemic and approaching the height of the hurricane season.

“My resignation comes at an appropriate moment in the transformation of PREPA into the modern electric utility all Puerto Ricans deserve,” Ortiz said in a statement obtained by the Associated Press.

Last week, more than 300,000 customers were without power due to an outage that was not storm-related before Tropical Storm Isaias struck the island.

After the storm swiped the island, 400,000 customers have been left without power. By Monday, more than 20,000 were still in the dark.

Tropical Storm Isaias knocked out power and caused flooding and small landslides across Puerto Rico on July 30, 2020. Lasting power outages have led to the CEO of the island's power company to resign. (AP Photo)

“That is not normal,” Walberto Rolón, a secretary for UTIER, a power workers’ union, told the AP. “We don’t have employees or suitable equipment...this is something that can be fixed.”

Ortiz became the company’s third CEO in two weeks when he was appointed to the position in July 2018 as the island struggled to recover from a lack of leadership, bankruptcy and devastating outages caused by Hurricane Maria.

Tropical Storm Isaias knocked out power and caused flooding and small landslides across Puerto Rico on July 30, 2020. Lasting power outages have led to the CEO of the island's power company to resign. (RICARDO ARDUENGO/AFP via Getty Images)

He said on Monday that at the time he committed to the position for two years.

The outgoing CEO had insisted the outage before the storm was due to sabotage or human error, saying it was done manually. However, the company’s head of transmission and distribution disputed that conclusion, saying it was too early to say what happened.

Gov. Wanda Vázquez said the announcement on Monday came after she met with the president of the power company's board to demand it take all necessary action as she questioned the outages and the way officials handled the storm.

The company's 1.5 million customers have voiced their outrage over the ongoing outages as hundreds of thousands of parents are preparing for the start of a virtual school year.

“It’s irresponsible and a lack of respect that a simple storm unleashed the chaos we have now,” Natalia Núñez, who lives in San Juan and has been without power since Thursday, told the AP.

HOW TO PREPARE FOR A HURRICANE: YOUR CHECKLIST SHOULD INCLUDE THESE HOUSEHOLD ITEMS

While nine named storms have developed so far, forecasts call for 13 to 19 named storms during the 2020 Atlantic hurricane season. That could cause more hardships for Puerto Rico if more storms impact the island.