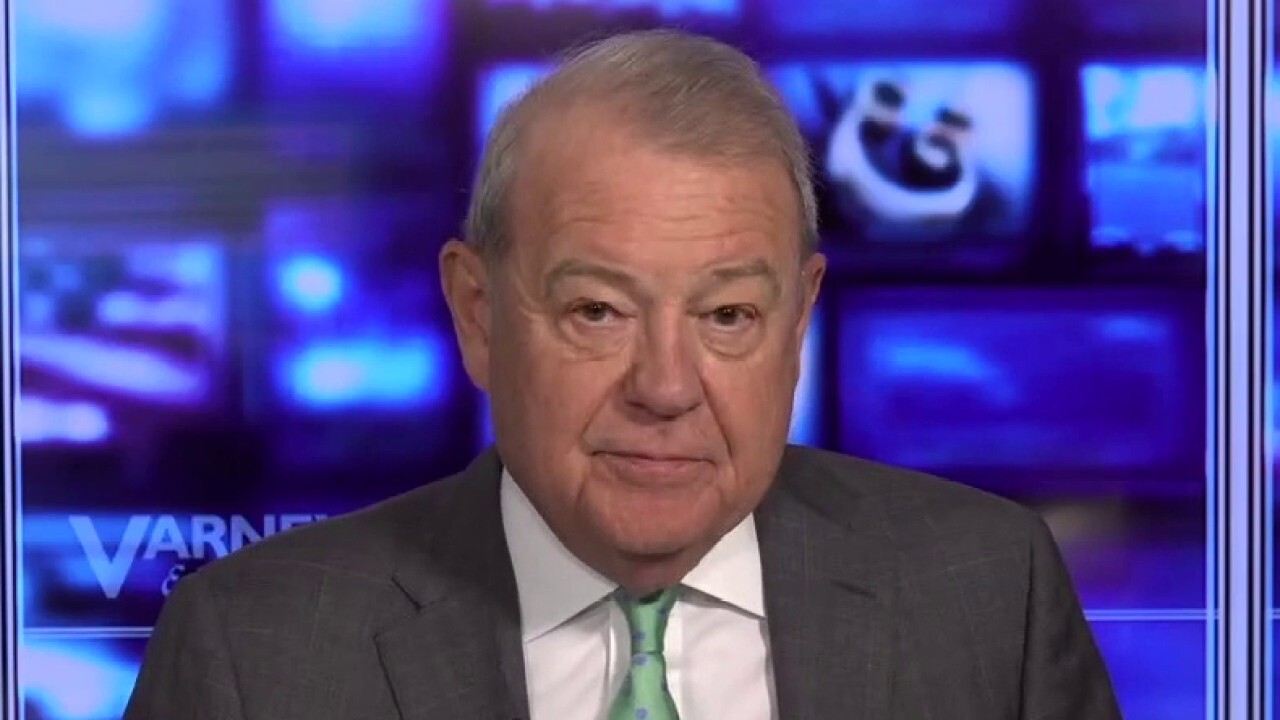 FOX Business host Stuart Varney argues 'personal wealth is the only chunk of money still available' to the left.

Energy Secretary Jennifer Granholm has revealed President Biden may this week announce details on a long-term response to rising oil and gas prices.

Supply chain disruptions have hindered efforts to bolster the U.S. economy during the COVID-19 pandemic. The backlog grew due to a number of issues in production from China as well as a significant problem in ports, such as a labor shortage and higher costs that have disrupted normal operations.

Lawmakers have raised concerns over the rising prices of products from toilet paper to toys and – most notably – gas and oil. The U.S. Energy Information Administration reported a national average cost of $3.272 per gallon in September 2021, the highest price since September 2014, when gas cost $3.484 per gallon on average.

Secretary of Energy Jennifer Granholm speaks to delegates during day five of COP26 at SECC on November 3, 2021 in Glasgow, Scotland. Today COP26 will focus on accelerating the global transition to clean energy. The 2021 climate summit in Glasgow is t (Getty Images / Getty Images)

Granholm on Monday said the Biden administration has both "an immediate-term" and "a long-term" strategy to handle the crisis.

NATURAL-GAS EXPORTS LIFT PRICES FOR U.S. UTILITIES AHEAD OF WINTER

"He wants to see added supply from all, but he's looking at other tools that he may have, and hopefully there will be an announcement or so this week," Granholm said during "Morning Joe." "He's certainly looking at what options he has in the limited range of tools that a president might have to address the cost of gasoline at the pump because it is a global market."

Granholm followed up her comments by insisting that the best long-term plan for the country would be to focus on clean energy.

Granholm recently balked at a question about plans to increase oil production, saying it was "hilarious."

"Would that I had the magic wand on this," she told Bloomberg host Tom Keene.

She instead argued that the Organization of the Petroleum Exporting Countries (OPEC) has refused to budge from its planned production for the year.

OIL PRICES WILL HIT $100 A BARREL ‘BEFORE YOU BLINK YOUR EYES,’ UNITED REFINING BILLIONAIRE ARGUES

Republicans have hammered the Biden administration for relying on OPEC to address rising gas prices, instead of boosting domestic oil production.

In an August letter to Biden, 24 Republican senators called it "astonishing that your Administration is now seeking assistance from an international oil cartel when America has sufficient domestic supply and reserves to increase output which would reduce gasoline prices."

"Your Administration’s domestic oil and gas development policies are hurting American consumers and workers, are contrary to an ‘America First’ energy agenda, and reinforce a reliance on foreign oil," the senators added.