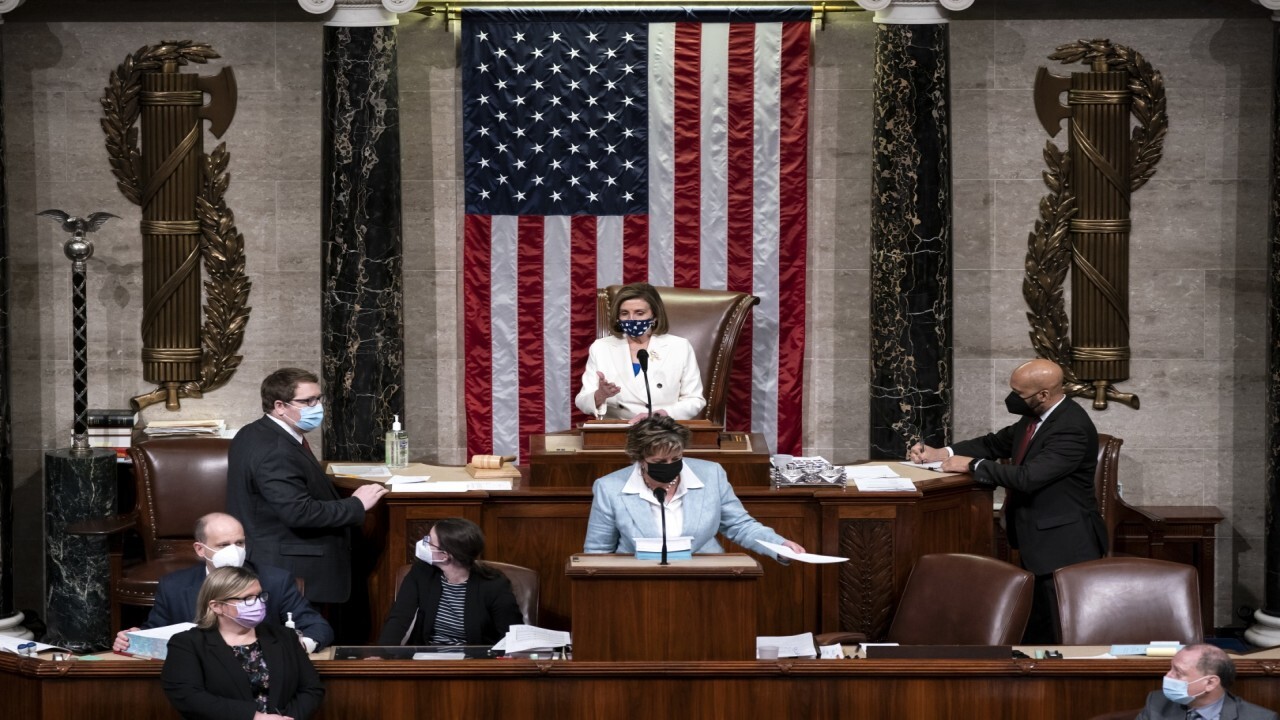 Treasury Secretary Janet Yellen indicated that President Biden is open to pursuing a wealth tax as a means of paying for his multitrillion-dollar agenda and addressing the nation's swelling federal budget deficit.

Sen. Elizabeth Warren and other progressives unveiled legislation at the beginning of March that would tax the net worth of the wealthiest Americans. The measure would impose a 2% annual tax on the net worth of U.S. households above $50 million and would add an additional 1% levy on households worth more than $1 billion.

Asked about the proposal during an interview on ABC's “This Week," Yellen said it's something that Biden may consider pursuing, despite the president's past reticence.

ELIZABETH WARREN UNVEILS WEALTH TAX ON AMERICANS WORTH OVER $50M

“That’s something that we haven’t decided yet and can look at,” she said, noting that Biden supported other tax hikes during his 2020 presidential campaign, including higher rates for corporations and top-earning individuals. “Those are alternatives that address, that are similar in their impact to a wealth tax," Yellen added.

Warren estimates the so-called "Ultra-Millionaire Tax Act" would affect about 100,000 households in the U.S., or roughly 0.05% of the population, and would generate about $3 trillion in revenue over the next decade based on estimates from the University of California, Berkeley economists Emmanuel Saez and Gabriel Zucman.

But critics of a wealth tax say that it would hurt U.S. competitiveness, discourage investment and ultimately be ruled unconstitutional by the courts. Yellen previously said in February that such a tax would have "very difficult implementation problems."

The Biden administration is actively exploring other ways to offset the costs of the $1.9 trillion American Rescue Plan and the next economic spending bill. The next initiative — which could cost as much as $4 trillion — won't rely on just government debt as a funding source and could include an increase in both the corporate tax rate and the individual rate for high-income earners, according to Bloomberg News.

The White House did not respond to a FOX Business request for comment.

The proposed tax increases will mostly mirror Biden's proposals during the 2020 presidential campaign, when he promised to reverse former President Donald Trump's 2017 tax cuts on "day one" of his presidency. That includes raising the rate paid by corporations and wealthy Americans and making the tax code more progressive.

Any tax increases included in the legislation would likely take effect beginning in 2022, Bloomberg reported, with some lawmakers wary of raising rates until the economy more fully recovers from the coronavirus pandemic.

Massive spending by the federal government to address the duel health and economic crises pushed the nation's deficit to a record $3.1 trillion for the 2020 fiscal year, which does not include the $900 billion relief measure passed by Congress in December. The national debt is on track to hit $30 trillion this year.

Yellen said the U.S. government needs to rein in the deficit in the "longer run" and that she expects the Biden administration will take steps to do so.

“Over time, I expect that we will be putting forth proposals to get deficits under control,” Yellen said.