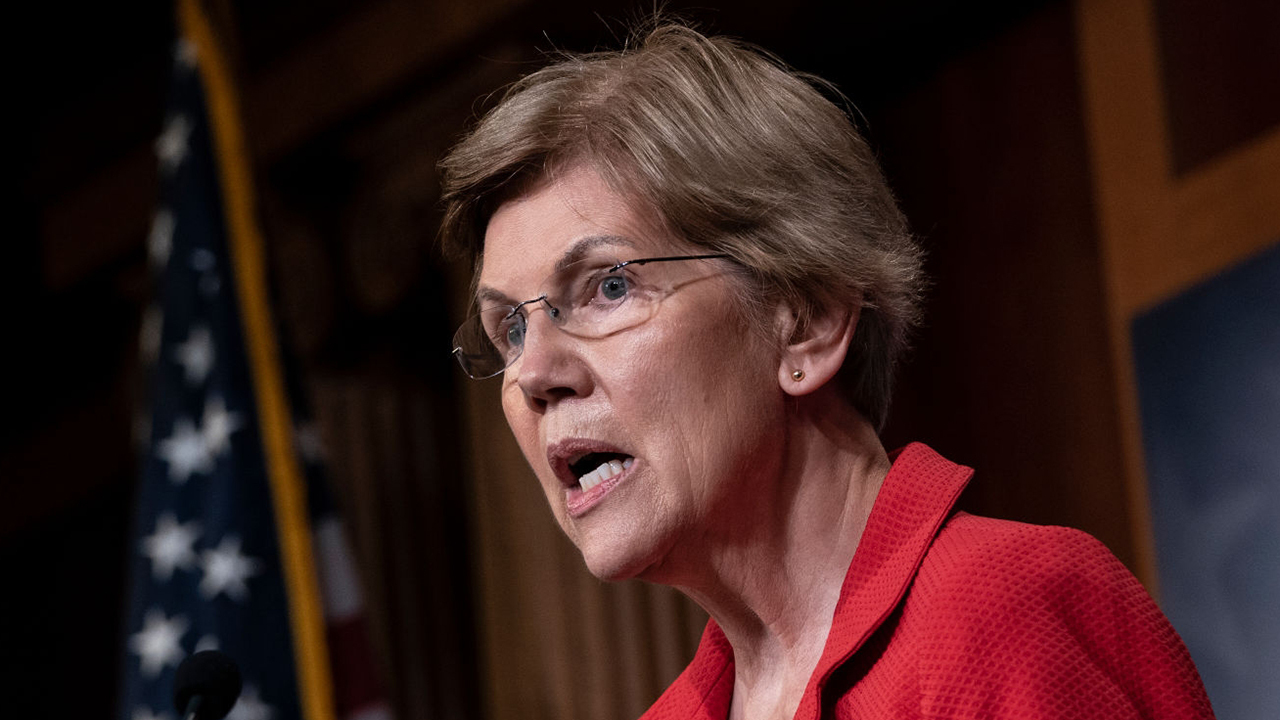 Sen. Elizabeth Warren plans to unveil legislation on Monday that would tax the net worth of the wealthiest Americans, a proposal aimed at reducing income inequality in the U.S.

The measure would impose a 2% annual tax on the net worth of U.S. households above $50 million and would add an additional 1% levy on households worth more than $1 billion. It's nearly identical to the wealth tax that Warren introduced during her failed 2020 presidential campaign.

"A wealth tax is popular among voters on both sides for good reason: because they understand the system is rigged to benefit the wealthy and large corporations," Warren, D-Mass., said in a statement. "As Congress develops additional plans to help our economy, the wealth tax should be at the top of the list to help pay for these plans because of the huge amounts of revenue it would generate."

Warren estimates the "Ultra-Millionaire Tax Act" would affect about 100,000 households in the U.S., or roughly 0.05% of the population, and would generate about $3 trillion in revenue over the next decade based on estimates from the University of California, Berkeley economists Emmanuel Saez and Gabriel Zucman.

Warren suggested the money could go toward investments in child care and early education, K-12 and infrastructure," all of which are priorities of President Biden and Democrats in Congress."

"I'm confident lawmakers will catch up to the overwhelming majority of Americans who are demanding more fairness, more change, and who believe it's time for a wealth tax," she said.

Such a measure is unlikely to be enacted in the near future: President Biden did not endorse a wealth tax during the campaign, and it is not one of the revenue-raisers the new administration is exploring to offset the costs of the $1.9 trillion coronavirus relief package and other planned spending measures. Treasury Secretary Janet Yellen said last week that such a tax would have "very difficult implementation problems."

Biden has previously said he will pay for long-term spending with tax increases on Americans earning more than $400,000 annually and corporations. The nation's debt is on track to surpass $30 trillion this year as the deficit, which already hit a record $3.1 trillion in fiscal year 2020, continues to surge.

Critics of a wealth tax say that it would hurt U.S. competitiveness, discourage investment and ultimately be ruled unconstitutional by the courts.