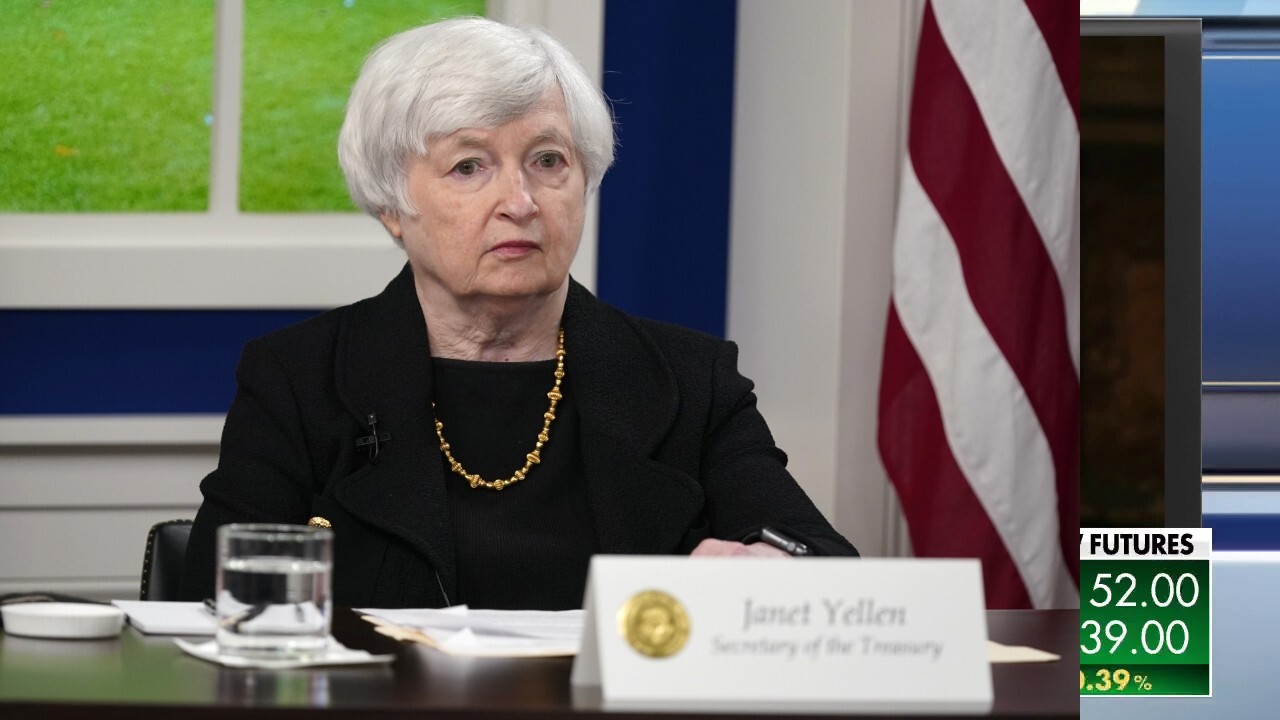 Jason Katz, UBS managing director and senior portfolio manager, argues 'policy has to pivot' and focus on how to get people back to work, travel and restaurants, especially now that people are 'empowered to do so' given vaccination rates are up.

Treasury Secretary Janet Yellen on Thursday said the U.S. needs to play a leading role in combating corruption in the global financial system, unveiling a new "kleptocracy fund" to reward tips on where corrupt foreign leaders stash their money in the U.S.

Treasury Secretary Janet Yellen speaks during a virtual roundtable with participants from Black Chambers of Commerce across the country to discuss the American Rescue Plan, Friday, Feb. 5, 2021, from the South Court Auditorium on the White House comp ((AP Photo/Jacquelyn Martin) / AP Newsroom)

"The U.S. financial system is the backbone of the world economy," she said. "Enormous amounts of illicit funds can pass through – or land – in our markets. But just because bad actors want to launder money through the United States does not mean we need to make it easy for them."

One measure the treasury has taken is throwing a spotlight on who owns shell companies and other illicit funds. Yellen acknowledged that while money-laundering capitals are often believed to be small countries with histories of "loose and secretive financial laws," she said there is a good argument the U.S. is actually one of the best places to hide and launder ill-gotten gains.

While individual states have previously been allowed to create their own rules for incorporating companies – including allowing anybody to establish a shell company without disclosing who really owns it – the department is in the process of implementing the Corporate Transparency Act.

Congress passed the legislation, which allows the department to build a database of who owns what shell company, last year with bipartisan approval. It will require many U.S. and foreign companies to report their true beneficial owners to a subset of the Treasury Department and to update that information when those beneficial owners change.

"Once we shine a light on places where corrupt actors operate, we need to go after them, like when we see people pocketing money that is meant go towards crucial public efforts like fighting the pandemic," she said.

The Treasury Department also established a so-called "kleptocracy fund" designed to reward people who can provide intelligence about where corrupt foreign leaders are hiding their money in the U.S. The fund will be carried out in partnership with the State Department and the Justice Department, as well as the United States Agency for International Development.

Yellen also acknowledged that corruption in the financial system goes beyond foreign actors – tax evasion. While she said there's an obvious difference between an autocrat and a tax evader, she maintained there are similar financial implications in that the U.S. loses out on billions in tax revenue. The Biden administration is aiming to pass a bill that would give the IRS an additional $80 billion in funding in order to crack down on tax cheats.

"After all, the United States cannot be a credible voice for free and fair government abroad if, at the same time, we allow the wealthy to break our laws with impunity," she said. "The idea of democracy is bound up in the idea of America. If we want free institutions to thrive the world over, then first, we must model what they look like at home."