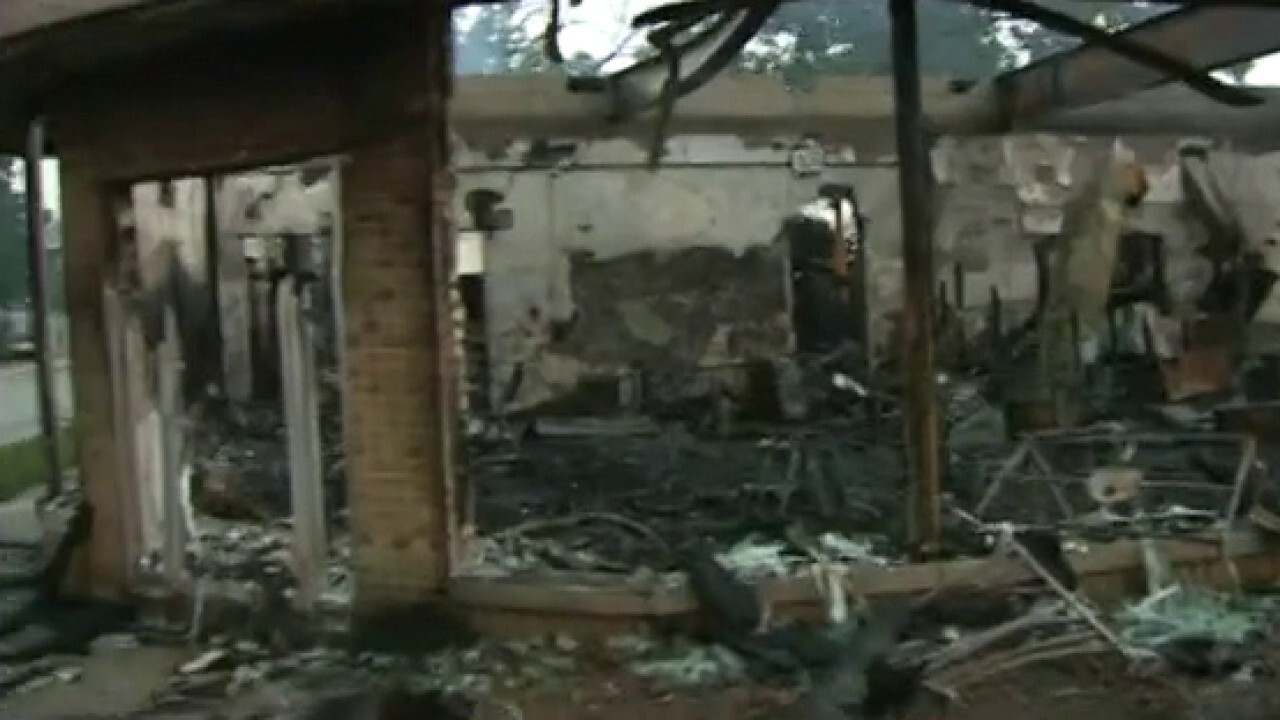 HEALDSBURG, Calif. (AP) — With an early harvest already underway, a wildfire a few miles west of John Bucher's ranch added new urgency to getting his pinot noir grapes off the vine. If flames didn't do any damage to the delicate fruit, ash and smoke certainly could.

Bucher hired an extra crew, and they finished the task before dawn Wednesday in the quaint wine country destination of Healdsburg, remarkably early in the year for a grape that is often not harvested until the end of September.

"It was just a race to get it done," Bucher said, his voice hoarse after three days of almost no sleep and working in occasionally smoky conditions.

Fire has been cruel to Northern California wine country lately.

Three of the past four years, major wildfires have burned in Napa and Sonoma counties, charring vineyards, burning down a historic winery and sending plumes of smoke above the neatly tended rows of vines rolling across scenic hills.

NEW JERSEY GAS TAX TO RISE BY NEARLY 10 CENTS, WILL RANK AMONG HIGHEST IN NATION

While the majority of vineyards, winemaking facilities and tasting rooms that lure tourists from around the world have escaped damage, the perception of the area being on fire yet again has not helped business. Add restrictions on tastings and dining during the coronavirus pandemic, and winemakers say they are reeling.

A plume rises over a vineyard in unincorporated Napa County as the Hennessey Fire burns on Tuesday, Aug. 18, 2020. (AP Photo/Noah Berger)

"This year, you throw COVID on it, and what did we do to deserve this?" said Corey Beck, CEO and winemaking chief at Francis Ford Coppola Winery. "We really hurt more from the lack of tourists. That has been our Achilles' heel during this time."

Lightning-sparked wildfires west of Sonoma County and east of Napa two weeks ago coincided with the start of the harvest for some grape varieties. That's much earlier than devastating fires last year and in 2017 that erupted in October, when nearly all the grapes were off the vine and in the process of being converted to wine.

The early fires pose a threat if they persist and heavy smoke blankets the region for several days before grapes are picked. That can lead to "smoke taint," an undesirable burnt taste in wine made from grapes with skins permeated by smoke.

FILE - In this Oct. 16, 2017, file photo a vineyard worker rides an ATV to make a repair on a wildfire-burned irrigation pipe at Signorello Estate winery in Napa, Calif. (AP Photo/Eric Risberg, File)

While Napa and Sonoma counties produce only about 10% of the state's wine, they have an outsized influence on California's position as the nation's leading wine producer. The neighboring counties have a combination of chic and rustic wineries — from chateau-style estates to those offering tastings in barns — and are the best known among California's many wine regions. The grapes grown there have the highest value.

Fires led to evacuation orders for some vineyards and closed down wineries that had pivoted to offering outdoor tastings and dining to meet state regulations during the pandemic.

While fires in recent years hurt tourism as smoke cast a pall over the verdant valleys bisected by rivers and surrounded by forested hillsides, most tasting rooms remained open and tourists still came.

But the landscape changed this year.

While large wine producers that sell to grocery chains and others with robust online sales have thrived during widespread business closures during the pandemic, wineries that sell high-end wines to restaurants and those that rely on tourists have suffered.

Given the large tourism losses since businesses shut down in March as COVID-19 spread, the impact of wildfires will be negligible in comparison, said James Lapsley, a researcher at the University of California's Agricultural Issues Center and a winemaker.

Vineyards have been largely resilient to fire because they generally don't burn and serve as firebreaks, Lapsley said. The bigger threat now is the possibility of smoke damage.

Some wineries that don't have their own vineyards are opting out of buying some grapes this year because the risk is too great that a vintage could be spoiled by smoke, said Tawny Tesconi, executive director of the Sonoma County Farm Bureau.

That creates a ripple effect in the economy that leads to fewer harvesting jobs and less wine to sell. While crop insurance provides some protection for growers, it's never enough to recoup the loss, Tesconi said.

Farmers, who are accustomed to coping with drought, flooding and labor shortages, now have to add wildfire to the challenges they face. When the Walbridge Fire broke out two weeks ago, part of the LNU Lightning Complex of fires around wine country, the Farm Bureau was holding a fire training program for members.

"It's almost like we've accepted that these situations are happening way too often in Sonoma County," Tesconi said. "The devastation that wildfire can bring unexpectedly in a short period of time is more of a concern because you just have no control over it."

Because of frost early in the year, cold temperatures in May and then extreme heat in August that threatened to shrivel grapes on the vine, Bucher had already begun to harvest his pinot noir fruit a few days before the fire ignited.

Bucher produces his own wine but also sells to 15 other winemakers. They were relying on his crop and became concerned as the fire burned and sometimes sent heavy smoke over his vineyards.

With extra workers, they completed the harvest in 12 days instead of the typical three to four weeks. Preliminary results show there is very little smoke taint, but he won't know until he can taste the wine after fermentation.

Hours after the harvest, the fires still burned in the distance but the winds had shifted and Bucher's ranch was under a clear sky. It was unclear how long it would last and what would happen in the weeks ahead when he has to harvest four more varieties of grapes.