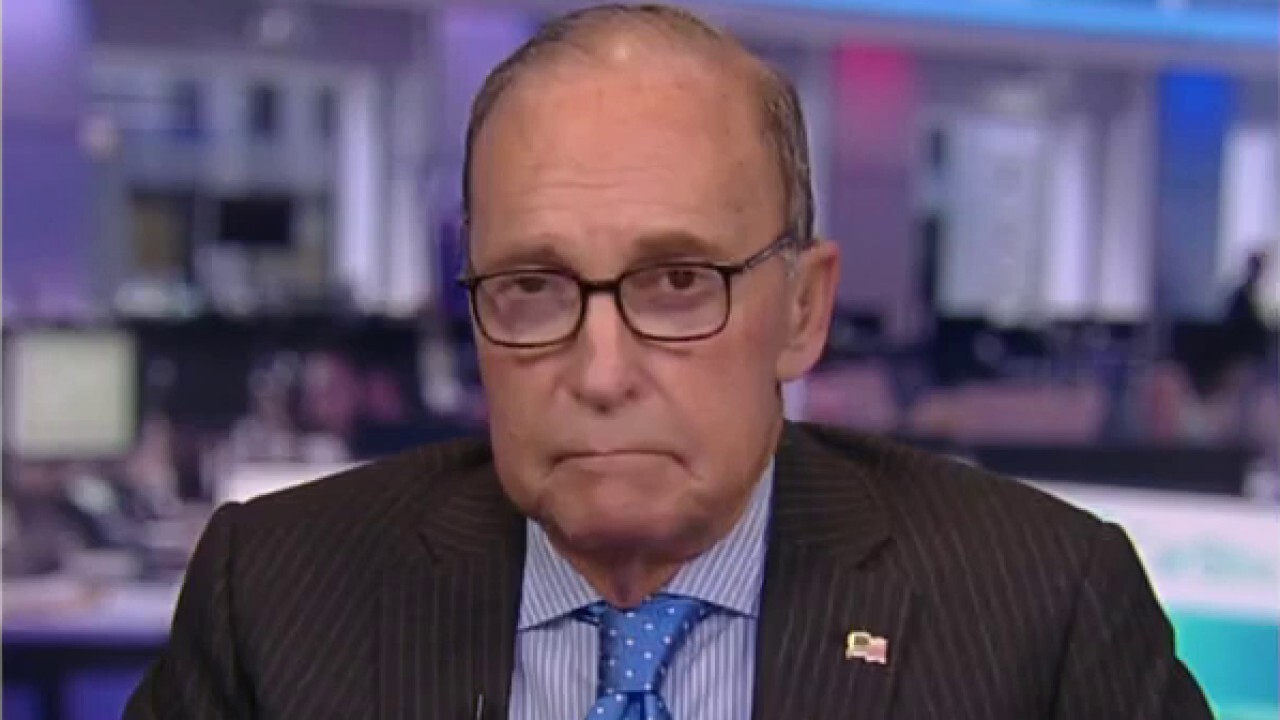 Kudlow says don't worry about debt, deficit: 'We are booming'

The U.S. budget deficit is expected to reach $3 trillion again this year, according to the Congressional Budget Office, a 33% increase from its previous projection as it takes into account President Biden's massive coronavirus stimulus plan.

In an updated forecast released this week, the CBO said the deficit for the 2021 fiscal year, which ends Sept. 30, will be the second highest on record, exceeded only by 2020 spending.

"The economic disruption caused by the 2020–2021 coronavirus pandemic and the legislation enacted in response continue to weigh on the deficit (which was already large by historical standards before the pandemic)," the nonpartisan body said in its forecast.

The CBO previously estimated this year's shortfall would hit $2.3 trillion, but that did not factor in the $1.9 trillion stimulus bill that Democrats single-handedly passed in March.

Total relief spending under Biden and former President Donald Trump hit $6 trillion earlier this year, or roughly 27.1% of the nation's GDP, according to a COVID money tracker published by the Committee for a Responsible Federal Budget, a nonpartisan organization based in Washington.

While the money caused the nation's deficit to surge, it was credited with keeping Americans afloat financially even as the pandemic triggered the worst downturn since the Great Depression.

The gap between what the government spends and what it collects already surged to a record $1.7 trillion in the first half of the fiscal year as a third round of stimulus checks in the $1.9 trillion American Rescue Plan sent federal spending skyrocketing. The deficit for the first half of the budget year, from October through March, was up from $743.5 billion in the year-ago period, the Treasury Department said in April.

But as the economy improves with increased vaccine distribution, the CBO estimates the deficit in 2022 will fall to $1.15 trillion. Deficits are expected to remain above $1 trillion over the next decade, except for a period between 2023 through 2025, CBO said.

The CBO expects the economy to grow 7.4.% this year as the economy rebounds from the pandemic and then plateau around 1.6% between 2026 and 2031.

Economists have suggested that while the nation's budget shortfall is a long-term concern, now is not the time to focus on reducing the balance sheet.

"The U.S. federal budget is on an unsustainable path," Federal Reserve Chairman Jerome Powell said during an interview with CBS’s "60 Minutes" that aired in April. "Meaning the debt is growing faster than the economy. And that’s kind of unsustainable in the long run. That doesn’t mean debt is at an unsustainable level today. It's not. We can service the debt we have."