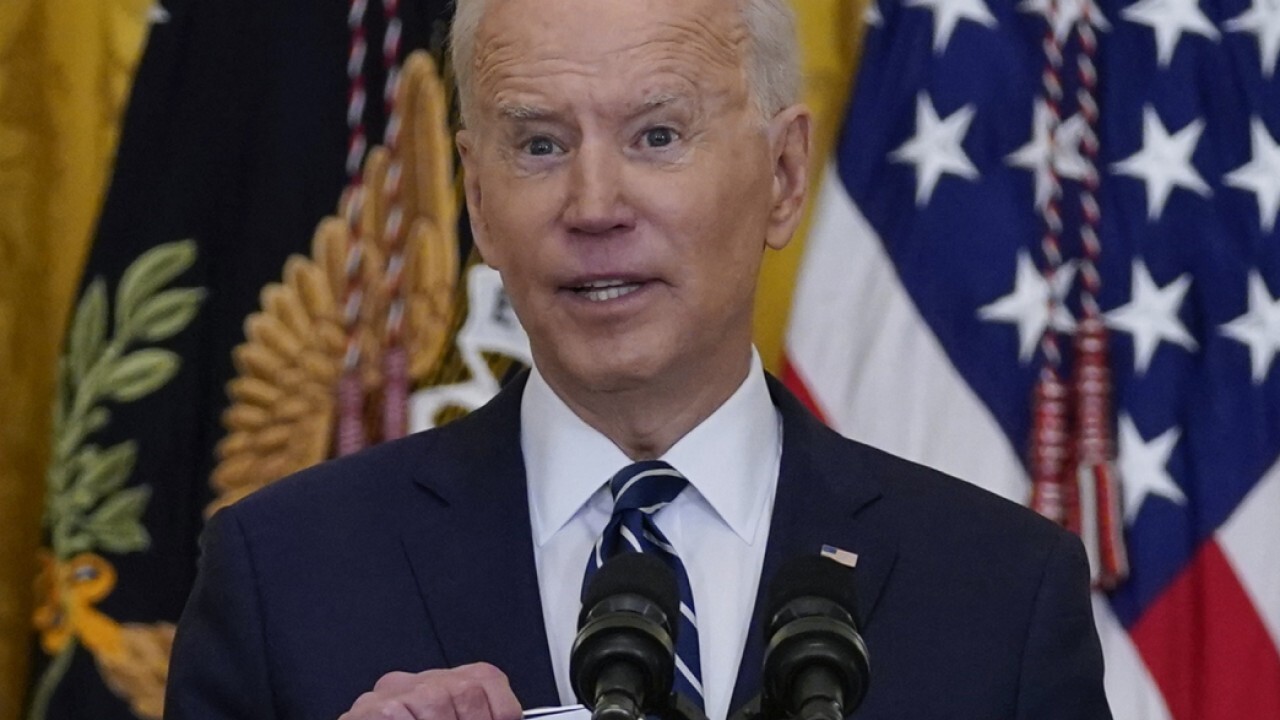 Virginia gubernatorial candidate and former Carlyle Group CEO Glenn Youngkin tells FOX Business' "Mornings with Maria" that he is worried mass government spending may only be a "short-term" solution for the economy.

Glenn Youngkin: "First of all, the reason why SPACs are so prevalent today is because there's so many private companies. I mean, we've talked about with you in years past that the number of public companies has actually fallen. The number of private companies has grown substantially. And this is a way to access capital markets in a very efficient manner. You know, the future of the SPAC market will, of course, be determined about whether they work or not, whether they're good deals that are done and whether these investments work for investors. And if they do, they'll be a healthy SPAC market. And if they don't, then there won't.

I do think the capital markets today are really reflecting a near-term... spending coming out of the COVID spending bill. And I do worry, Maria, that with interest rates rising... with the clear signal from the Biden administration, they're going to raise taxes and we see the dollar actually strengthening that this... could be a real short term, in fact, economic moment. And I'm worried it's not going to be robust and durable. I think we all know that when you put together an environment that's actually driven by... spending as opposed to fundamentals, then you can't count on that for a long time. And that's what worries me. And that's why, Maria, when I've been the campaign trail, I keep hearing from Virginia voters we want a durable economy. We don't want a flash in the pan. And that's what worries me."