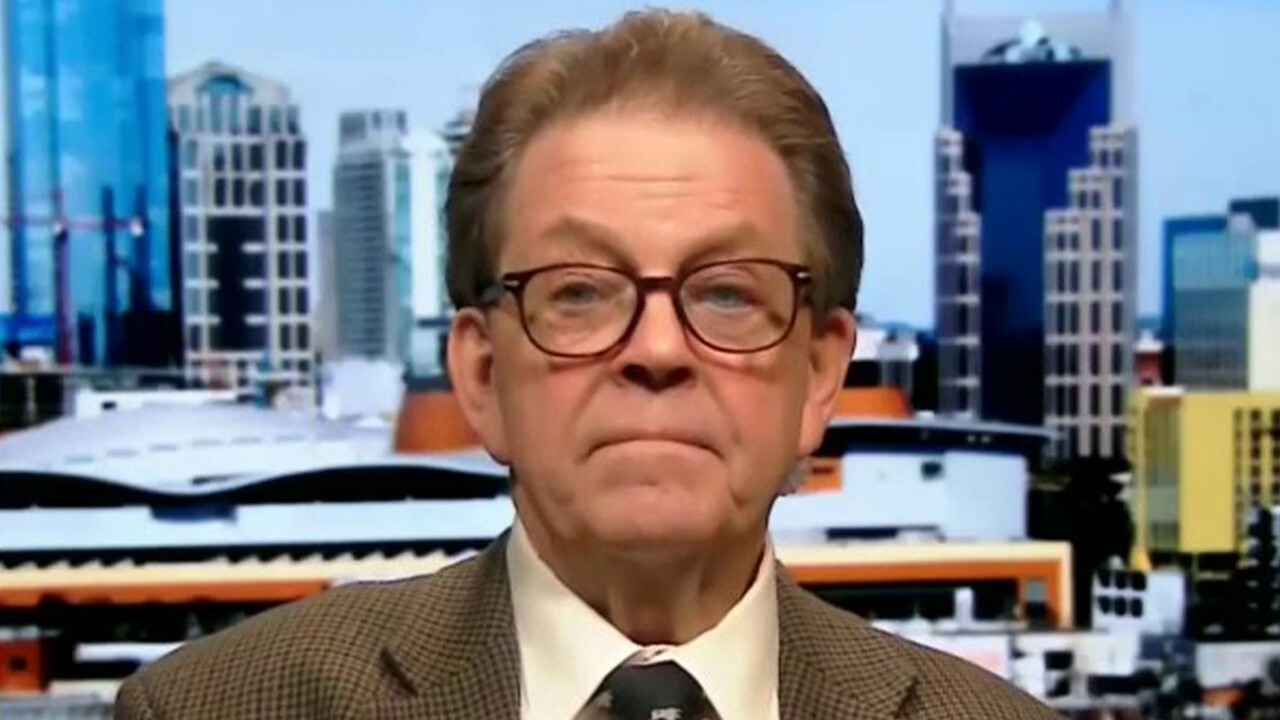 Inflation return would be ‘devastating’ to Biden admin: Art Laffer

Surging consumer prices and gasoline shortages have sparked concerns the U.S. economy could relive the nightmarish stagflation of President Jimmy Carter’s administration in the late 1970s.

Stagflation is defined as a period of inflation with declining economic output.

The economy under Carter experienced inflation and unemployment that were both in the double digits as the result of an oil price shock that began when Iranian oil workers went on strike.

Gas stations across the East Coast have for the last week faced fuel shortages and long lines after the 5,500-mile Colonial Pipeline, which supplies almost half the region’s supply, was taken offline by hackers. The outages evoked memories of the gas lines that occurred during the sharp drop in Iranian oil production at the end of the Carter administration.

President Jimmy Carter at his desk in the Oval Office, talking to his new Chief of Staff Hamilton Jordan at the White House in Washington D .C., on July 19, 1979. (Keystone/Hulton Archive/Getty Images)

Additionally, a Labor Department report released last week showed core consumer prices, which exclude food and energy, rose 0.9% in April, the most since September 1982, when the U.S. economy was emerging from its decade-long bout with stagflation. Annually, prices were up 4.2%, the biggest increase since September 2008.

Rising consumer prices aren’t the only worry for economists, who are also assessing the possibility of a slowing U.S. economy.

"What is happening to activity and prices isn’t a repeat of the stagflation of the 1970s," wrote Paul Ashworth, chief U.S. economist at research firm Capital Economics, referencing inflation and unemployment that were both in the double digits. "But it does have a bit of the same whiff about it, which is eerily similar to conditions in 2005 and 2006."

Ashworth added that back then, Federal Reserve Chairman Alan Greenspan hiked interest rates to rein in inflation, something current chairman Jerome Powell seems less inclined to do. The Fed currently has a "broad and inclusive" full employment goal, leading Ashworth to believe the central bank won’t hike rates until late 2023.

Strategists at Bank of America predict the stagflation narrative will begin to take hold in the second half of this year.