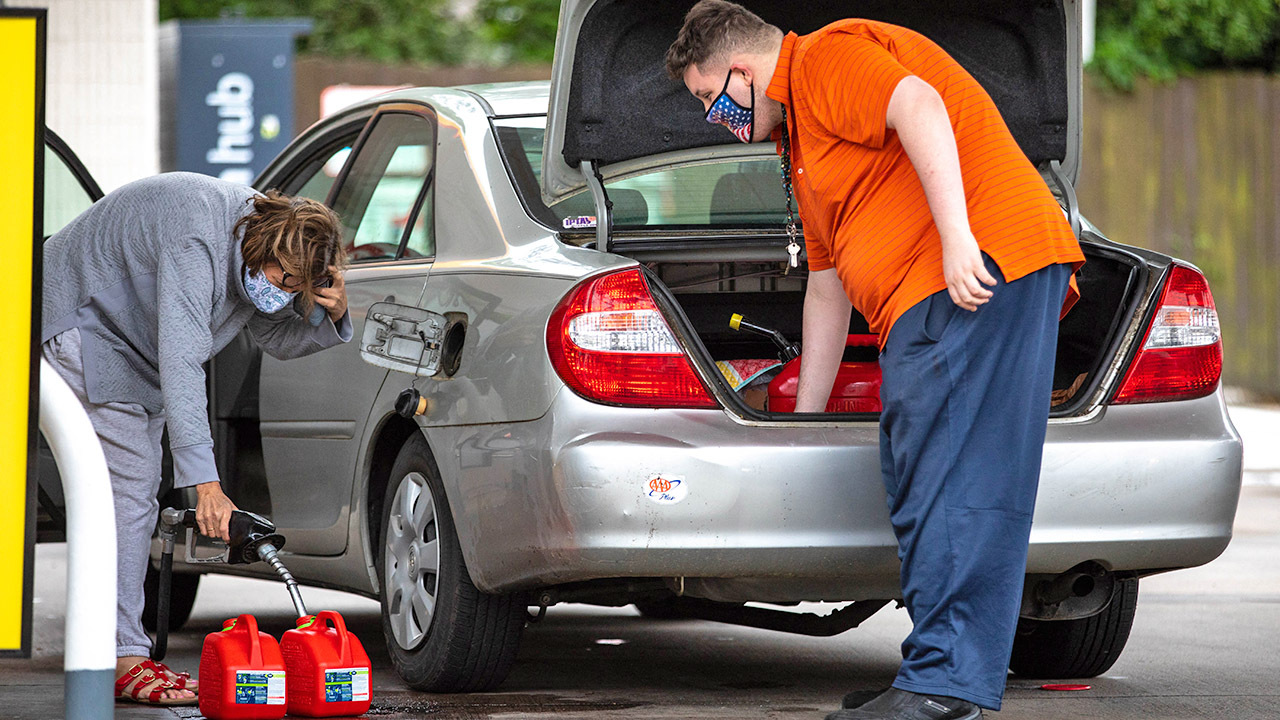 The fallout from the Colonial Pipeline fiasco may be a preview of what’s to come if President Biden forges ahead with his frontal assault on the oil and gas industry.

Fuel shortages, gas lines and higher prices have popped up across the Eastern seaboard after the 5,500-mile Colonial Pipeline was taken offline by hackers last week. The pipeline transports more than 100 million gallons of fuel per day, or almost half the East Coast's supply.

"Shortages will be a normal routine all across these United States," said Texas Railroad Commissioner Wayne Christian, a Republican whose agency oversees the state’s oil and gas industry, when discussing Biden’s energy agenda.

Eighty-eight percent of gas stations in Washington, D.C. were without fuel on Friday, according to GasBuddy. At least half the stations in South Carolina, North Carolina and Virginia were also dry, with Tennessee, Georgia and Florida also experiencing major disruptions.

The supply shortages resulted in gasoline prices spiking to $7 per gallon at least one station in Richmond, Virginia. The national average has climbed 7 cents to $3.04 per gallon, the highest in seven years, since the pipeline went offline last Friday.

Gas prices were already on this rise this year, up $1.17 per gallon from a year ago, mostly due to increased demand as the economy’s reopening from COVID-19 lockdowns gathered momentum. But also helping boost prices were the series of executive orders signed by Biden during the early days of his administration designed to "transition" the U.S. economy away from its reliance on fossil fuels.

The president, just hours into his administration, revoked the permit for the Keystone XL pipeline and also at least temporarily paused drilling on federal lands and waters. He also reentered the U.S. into the 2016 Paris climate agreement and pledged to reduce greenhouse gas emissions from 2005 levels by at least 50% by 2030.

All this with the goal of the U.S. economy achieving net-zero carbon emissions by 2050.

The economic impact is among the top concern for states that find themselves impacted by Biden’s climate agenda.

The Keystone XL Pipeline was going to provide a "windfall" for eastern Montana, said Austin Knudsen, the state’s attorney general.

Not only is the state losing $127 million in annual wages, but also $60 million in annual tax revenue that would be used to fund sheriff’s offices, fire departments, schools and roads. That doesn’t include the economic damage caused by the drilling ban on federal lands and waters.

Knudsen and Texas Attorney General Ken Paxton in March led a coalition of 21 attorneys general in suing the Biden administration.

The U.S. Constitution gives Congress – not the president – the authority to interstate and international commerce. The disputed part of the Keystone XL Pipeline begins in Alberta, Canada and travels through Montana, North Dakota, South Dakota and Nebraska.

The legal battle is likely to be lengthy, but Knudsen expects to be victorious in the end.

"Congress acted on this back in 2011 under President Obama," he said. "They voted on the Keystone XL pipeline, it went through Congress and President Obama let it go into law. Joe Biden doesn't get to reach back in time now and unring that bell."