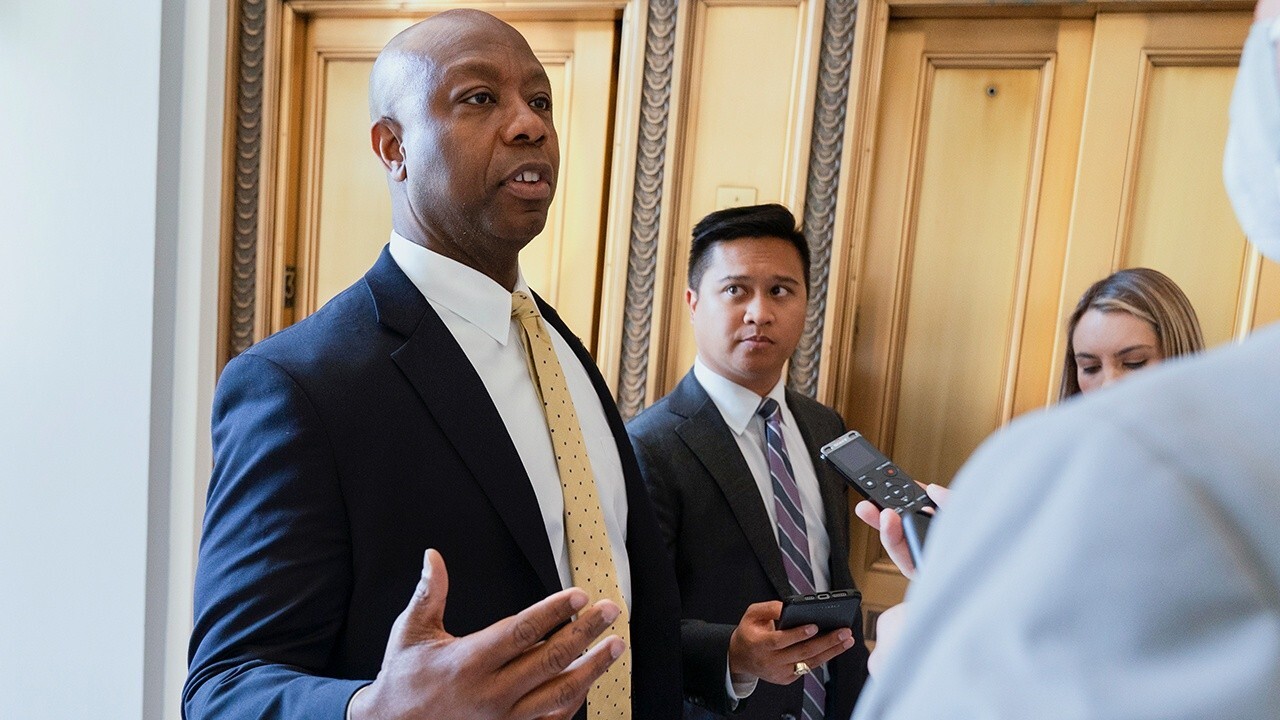 CEOs of the largest banks in the U.S. were left speechless Wednesday when Sen. Tim Scott, R-S.C., asked them about 'woke capitalism.’

Congress should reject any effort by lawmakers to slash funding for Social Security and Medicare in order to reduce the nation's ballooning budget deficit, AARP said Wednesday.

"Targeting Social Security and Medicare to pay down the national debt is the wrong approach and is strongly opposed by older Americans, regardless of party affiliation," the group said in a news release. It noted that 85% of individuals age 50 or older "strongly oppose" slashing those benefits in order to help reduce the budget deficit.

Discretionary spending would drop by $3.5 trillion under their proposed budget.

Over the course of the past year, Congress approved nearly $6 trillion, or roughly 27.1% of the nation's GDP, in coronavirus relief spending, including $4 trillion passed under former President Donald Trump.

And even though the national debt is on track to hit $30 trillion by the end of 2021, Biden and congressional Democrats are plowing ahead with attempting to pass the president's nearly $4 trillion Build Back Better agenda, which is comprised of the $2.3 trillion American Jobs Plan and $1.8 trillion American Families Plan.