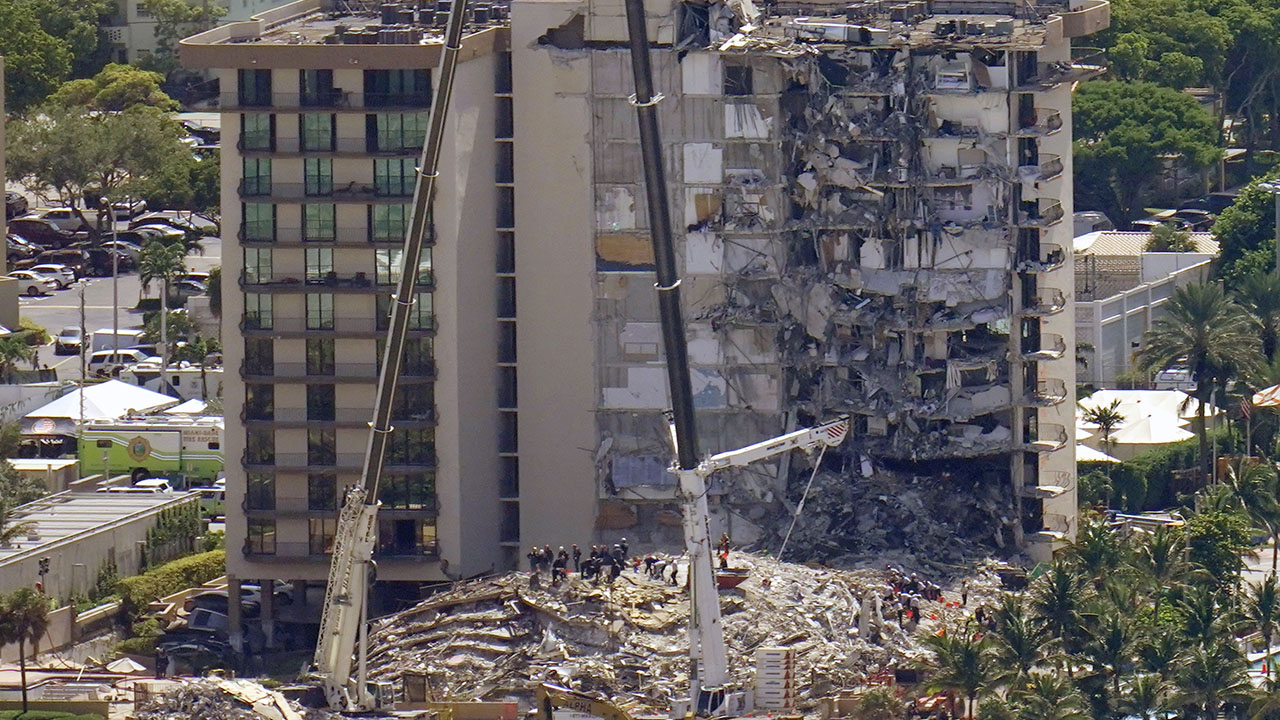 The developers of the collapsed Surfside condominium tower worked around local building codes by adding a penthouse that wasn’t part of the original plan, a review of town building records shows.

Plans submitted by the developer of the Champlain Towers South initially called for 12 floors of residential units. The developer decided to add a penthouse, which increased the building’s height by about 9 feet with an additional floor. That put the tower slightly above the town’s legal height ordinance at the time.

The property owners built the penthouse after the Surfside town commission granted a special exemption to local height limits, according to a 1981 article in the Miami Herald. That allowed for these rooftop apartments at Champlain Towers South and a little later at Champlain Towers North, which was built around the same time.

It isn’t clear if the addition of a penthouse put undue stress on the south tower, though any possible irregularity related to the building is receiving new attention from local authorities and engineers after its sudden collapse.

The tower’s rooftop apartments would have added significant weight but they were accounted for in the revised design, said Roberto Leon, a professor of construction engineering at Virginia Polytechnic Institute and State University, who reviewed the building plans.

The structural plans show that the size of the columns and reinforcements would have been typical for that time, and the roof would have had limited ability to redistribute the building’s load if one of the columns were to fail, he said.

That could mean a failure in one column could bring down an entire structure, which could have been what occurred with this building, Mr. Leon said.

Florida and other states strengthened construction standards more recently, and Mr. Leon said that was in part to prevent this type of issue after the 1981 collapse of condos under construction in Cocoa Beach, Fla.

People embrace at a make-shift memorial outside St. Joseph Catholic Church, in Surfside, Fla., Monday, June 28, 2021, near the collapsed building for people still missing or dead. Many people were still unaccounted for after Thursday's fatal collapse

The tower was built by a group of developers that included the late philanthropist Nathan Reiber.

Manuel Jurado, an engineer who worked on the Champlain Towers South project, said he was skeptical of criticisms over the design and engineering work. "If there was a major error, it would have surfaced within a year or two," he said. "There were no problems that presented themselves" in the design process, he said, and the project unfolded smoothly.

Mitchell Kinzer was mayor of Surfside at the time and, according to the Miami Herald, voted to allow the height exception. Mr. Kinzer said in an interview on Sunday that he couldn’t recall the specifics of the matter.

But South Florida developers in the 1980s frequently sought workarounds to the height rules, Mr. Kinzer said. "There were all kinds of battles with people doing things like that," he said.

Miami developers in general often failed to consult engineers on late changes to building design, said Tom Henz, a mechanical engineer who has worked in the city since 1970. He was part of the team of engineers who inspected Champlain Tower South in 2018 but didn’t examine the building’s structural safety and wasn’t involved in its initial construction.

A rescue worker pauses to look up at what remains of the Champlain Towers South residential building, Monday, June 28, 2021 in Surfside, Fla. Many people were still unaccounted for after Thursday's fatal collapse. (AP Photo/Marta Lavandier)

Developers liked to add penthouses because these oversize luxury apartments could often boost building profits substantially. A top-floor unit with ocean views would have been among the most desirable in the Champlain Tower South building when it opened, and a penthouse there was sold as recently as last month. A 4,500-square-foot, four bedroom penthouse in the complex sold for nearly $2.9 million, according to Zillow.

Many locals objected to the town’s ruling in favor of the penthouse. "The residents of Surfside didn’t want high buildings, and they wanted the developers to abide by the code," said Eli Tourgeman, another former mayor of Surfside.