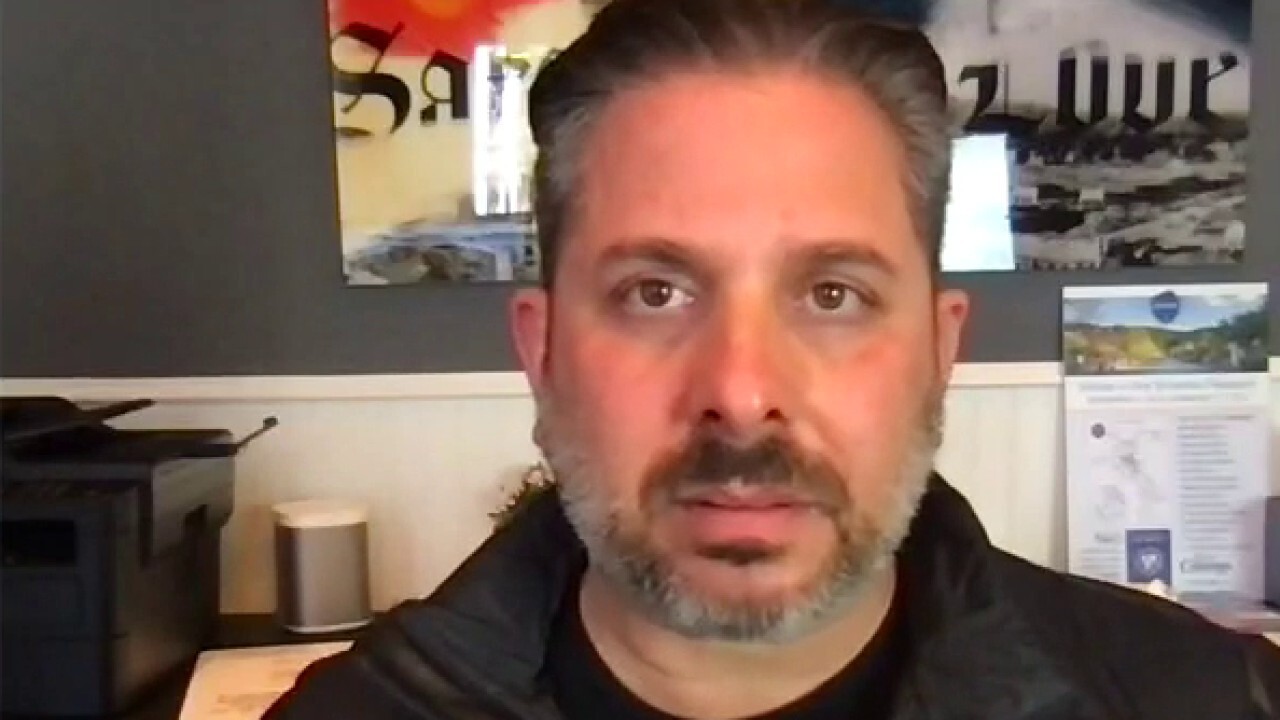 "The announcement from the State regarding the lifting of the Regional Stay at Home Order does not effect the City’s decision to turn off the gas at Restauration," Long Beach spokesman Kevin Lee told FOX Business in a statement. "The restaurant was in clear violation of the health order and the action was warranted after various attempts were made to gain compliance from the restaurant."

On Saturday, city officials removed Restauration's gas meter citing an "unauthorized connection" to the restaurant. They claimed the move was an effort to "avoid any potential hazardous situations due to tampering in the near future."

The city also said that Restauration's owner, Dana Tanner, received advanced notice of the shut off following repeated violations of the city's COVID-19 restrictions for refusing to shut down her patio being used for outdoor dining.

The city previously threatened to shut Tanner’s water off if she didn’t comply with the health order, but Tanner told FOX Business that she believes the city resorted to turning off her gas because her water is routed to a neighboring apartment building.

Tanner has received a total of ten citations and misdemeanor charges for failure to comply with the health order, amounting to fines totaling roughly $4,300 as of Monday. In addition, the restaurant's health permit has been revoked.

"Every time they operate, whether in-person dining is allowed in the future under the local health order or not, the restaurant is out of compliance with the California Health and Safety Code," Lee added. "Such compliance issues will be transmitted to the City Prosecutor’s office for review to determine if additional charges are warranted against Restauration. The City will also continue to evaluate and pursue other civil and administrative enforcement measures to gain compliance with the health order and other local laws for safe operation of a business."

According to Tanner, Long Beach has also ordered her landlord to serve her eviction papers for failing to comply with the health order.

Despite the city's move to turn off her gas, Tanner plans to continue to keep her restaurant open by converting all of the equipment to electric and adjusting the restaurant's menu accordingly.

"I feel like my city essentially, you know, they're bullying me. They're harassing me," she said. "But I'm not going to back down from it and I have a lot of support from the other restaurants around here and, you know, salon owners and gym owners."

Tanner filed an appeal against the city's decision, arguing her utilities were cut without due process.

"I'm at the point with my city unfortunately where I'm like, you are taking advantage of the system and it is wrong," Tanner added. "If I lose, I lose. But if I'm right, I, I'm willing to go that bumpy road for it."

Tanner's battle with Long Beach stems from her frustration with the city dating back to Los Angeles County's dining ban in November. She cites the city's failure to support local small businesses during the pandemic as what prompted her to take action in the first place.

"I closed up for 10 days and I was just having a really hard time with it and I was like, I'm not participating in this anymore," Tanner said. "When you strip someone of their livelihood and their sense of purpose that they find in their job...it is very dangerous."

Long Beach's decision comes after California Gov. Gavin Newsom announced that the state's stay at home restrictions would be lifted on Monday. The move allows restaurants and gyms to reopen outdoor services to the public. However, the final call will be made by individual counties.

Newsom said that while California is not out of the woods, officials are starting to see the the curve of COVID-19 cases flatten.

When Newsom was asked by a Fox 11 reporter to respond to critics who say his decision is "political, arbitrary, and that he's feeling the pressure of the recall effort," the governor replied: "Utter nonsense."

The 7-day average for COVID-19 cases has dropped 37.9 percent while hospitalizations and ICU admissions are down 20 and 10 percent, respectively, in the last two weeks. As of Monday, California's statewide totals have surpassed 3.1 million confirmed COVID-19 cases and more than 37,000 related deaths since the beginning of the pandemic.