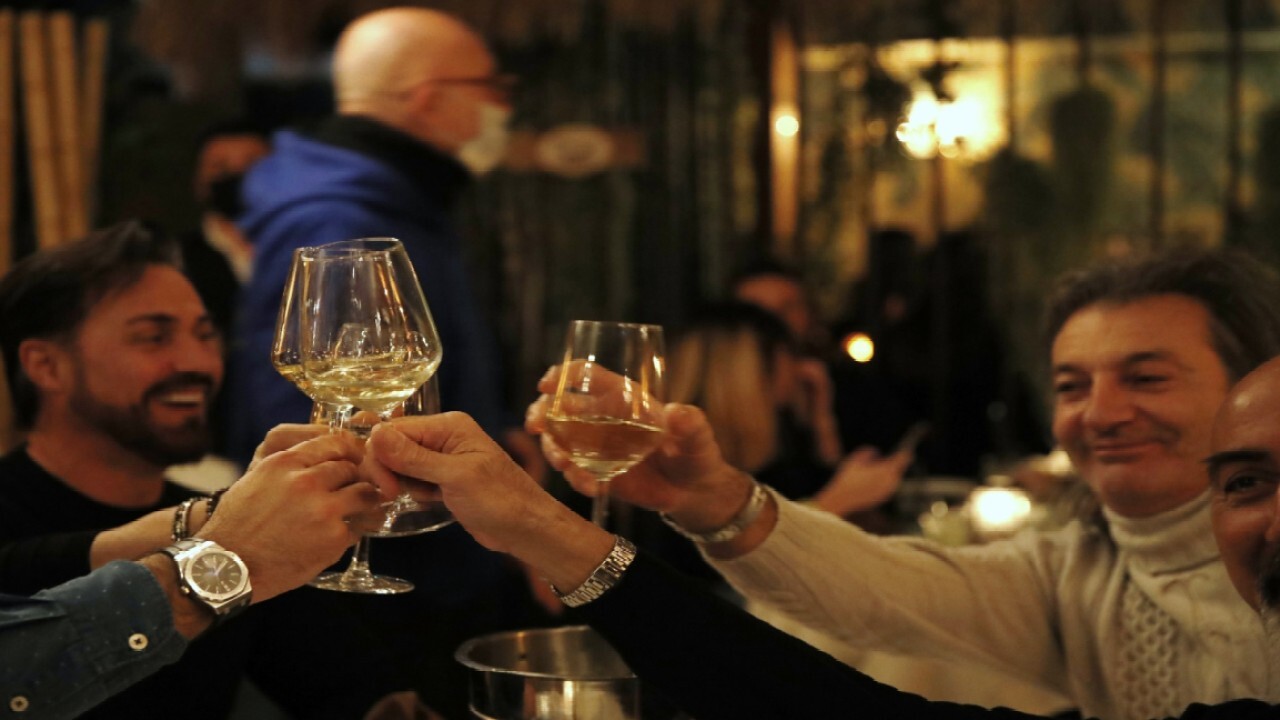 California Gov. Gavin Newsom on Monday lifted regional stay-at-home orders across the state citing improving coronavirus conditions, but his critics maintain that the move is to counter the threat of a rapidly growing recall campaign.

Republicans said Newsom was easing the rules as the recall campaign nears the required threshold to qualify for a statewide ballot. Organizers have until mid-March to gather 1.5 million signatures to force a recall against Newsom, who is halfway through his first term.

"This Governor's decisions have never been based on science. Him re-opening our state is not an attempt to help working Californians, but rather an attempt to counter the Recall Movement. It's sad and pathetic," California Republican Party Chairwoman Jessica Millan Patterson tweeted.

State officials said the decision to lift the stay-at-home order came amid improving trends in California's rate of infections, hospitalizations, and intensive care unit capacity as well as vaccinations. But Newsom’s administration has not made the data public. Health officials have said making it public would confuse and potentially mislead the public.

Harmeet Dhillon, CEO and founder of the Center for American Liberty, told Fox Business her legal team has made multiple attempts to request the data through Public Records Act requests but Newsom’s administration has refused “to reveal the data upon which they’re basing these draconian restrictions.”

“I am, frankly, at a loss to logically explain any of the changes in these shutdown orders, ratcheting it up, ratcheting it down,” Dhillon said. “We know from scientific data that despite the wide differences between the nature of shutdowns in Florida and California, for example, there are virtually no differences in infection rates and mortality rates. So, it seems all to have been for naught.”

Dhillon said Newsom’s critics are not only conservatives, pointing out that “even some of his most liberal defenders are puzzled by some of his moves.”

Democratic Assemblywoman Laura Friedman of Glendale said state lawmakers have been out of the loop on changing rules.

"If you think state legislators were blindsided by, and confused about, the shifting & confusing public health directives, you'd be correct," she tweeted. "If you think we have been quiet about it in Sacramento, you'd be wrong."

The governor held a press conference Monday afternoon. When Newsom was asked by a Fox 11 reporter to respond to critics who say his decision is "political, arbitrary, and that he's feeling the pressure of the recall effort," the governor replied: "Utter nonsense."

The most-recent change allows restaurants and churches to resume outdoor operations and hair and nail salons to reopen in many areas, though local officials could choose to impose stricter rules. The state is also lifting a 10 p.m. to 5 a.m. curfew.

Despite the change, the long-term effects of the lockdown orders still remain. Ashley Flowers, the manager of Insignia Hair Salon in Northern California told Fox News that the company has had to lay off staff every time Newsom imposed a new lockdown order.

“Hopefully, we will be able to rehire some of them, but a lot of these hairstylists have decided to change fields completely because it's just not a business that is reliable right now,” she said. “We have a person that works here that has four kids and is a single mom. It's been tragic for some of our employees.”

Flowers said the company would not be aware of a new change until they saw it on the news like everyone else.

Noting that despite being among the strictest in the nation California has the highest number of cases and death rates, Flowers said “we need to look at the states that did it right.

“Clearly what we're doing wasn't the accurate thing to do because the numbers still soared,” she said. “And so, the only comment I would have to say is closing down the businesses was not the solution to keeping down the numbers of COVID.”