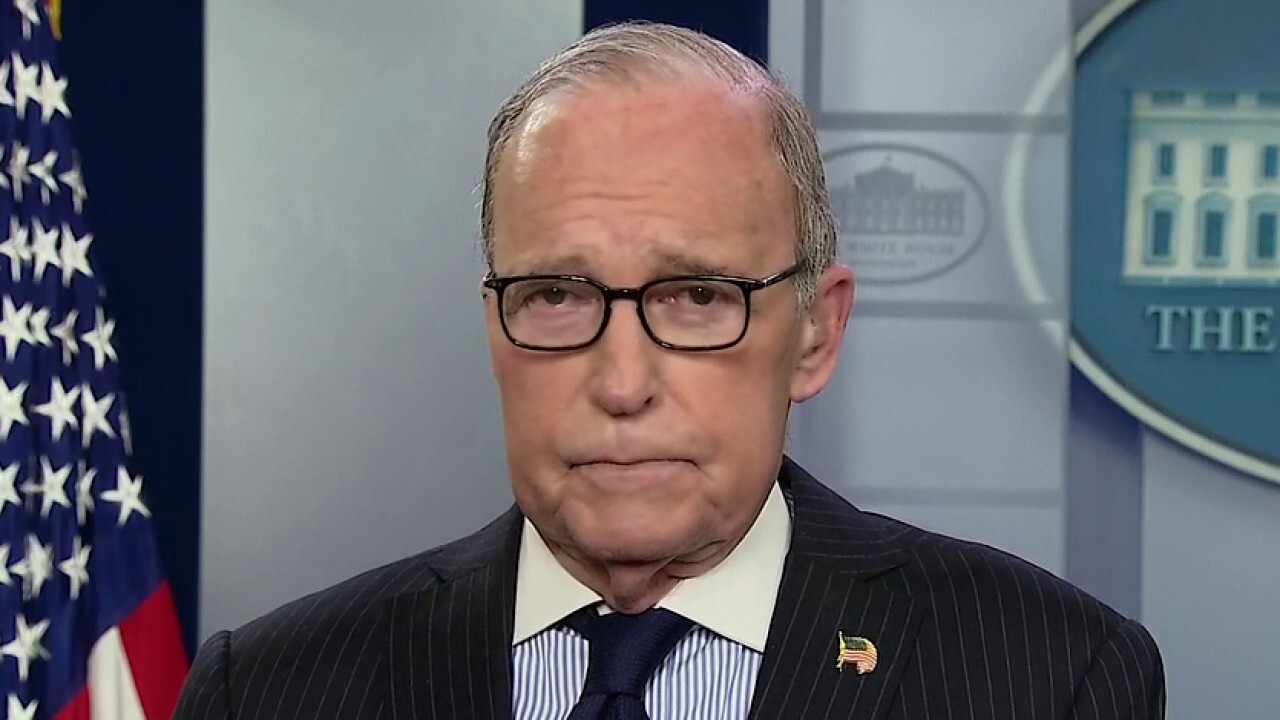 Top White House economic adviser Larry Kudlow responded on Friday to former President Obama's tweet, which credited his administration with "paving the way for more than a decade of economic growth."

Obama tweeted on Presidents Day: "[11] years ago today, near the bottom of the worst recession in generations, I signed the Recovery Act, paving the way for more than a decade of economic growth and the longest streak of job creation in American history."

Kudlow responded, saying he didn't want to "knock Obama," and that he likes the positives more than the negatives, but "coming off a very deep recession like that [in 2008 when Obama was elected], we shouldn't have had 2-percent-or-less growth, which is what that administration produced. We should have had 8 [percent] or 10 percent growth."

"The antidote to poverty is growth. The antidote to income inequality is opportunity," he said, adding that roughly 10 million people have come off food stamps and welfare over the past three years. He added: "With all respect to President Obama, we are eclipsing him in almost every area."

ECONOMY MUCH BETTER UNDER TRUMP THAN OBAMA: ART LAFFER

He defended President Trump's work trying to help the U.S. economy recover from more than eight years of slow or no growth, adding that "in the three years of the Trump recovery," the country has seen significant economic stability, job growth and a decrease in unemployment numbers.

Larry Kudlow, a longtime fixture on the CNBC business news network who previously served in the Reagan administration, is interviewed on the floor of the New York Stock Exchange, Wednesday, March 14, 2018. (AP Photo/Richard Drew)

"In just three years ... we've created 500,000 manufacturing jobs, and that fell under Obama. Blue-collar workers are in a boom, the bottom half [of Americans] are outperforming the top half in terms of wage growth. Actually, the bottom quarter of the workforce, their wages are growing at about 4.5 percent. ... The top quarter is only at about 3 percent," he said.

"We've had lower unemployment across the board in every minority group ... blue-collar, white-collar, women, millenials," Kudlow continued. "Inequality, because of this boom in blue-collar wages, is narrowed. So you have more growth, lower unemployment, less inequality and ... there's a women's boom going on here."