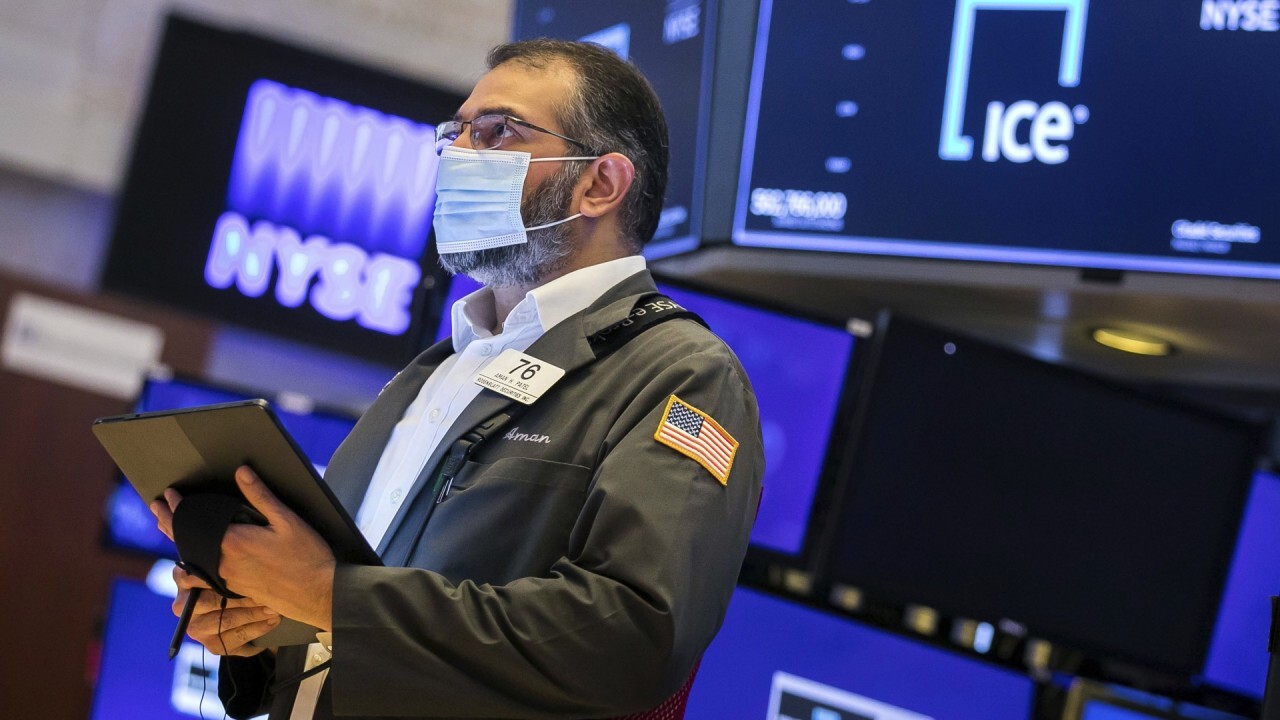 How will markets react to Fed meeting?

Federal Reserve policymakers are meeting this week against the backdrop of conflicting economic data, as pent-up demand causes consumer prices to surge – even as millions of Americans remain unemployed more than one year after the coronavirus pandemic began.

Economists will be closely watching the Fed's new policy statement, which will be released Wednesday afternoon, for signs that central bank officials are ready to start talking about tapering the bond-buying program that began in March 2020 and provide guidance on when – and how quickly – they expect to pare back the monetary support.

Officials will be carefully treading the line between their pledge to support the economy until it reaches full employment and an uptick in inflation. Still, most economists say they anticipate that the Fed will signal either at its June meeting or later this summer that it's beginning to tighten monetary policy.

Although anemic job growth "gives the Fed air cover to maintain stimulus and hold off any outward discussions of tapering their bond purchases … behind closed doors it is bound to be a hot topic of discussion," said Greg McBride, chief financial analyst for Bankrate.

The Labor Department announced last week that the Consumer Price Index (CPI) surged 5% in May from a year prior, the fastest year-over-year jump since 2008. Excluding the volatile food and energy data, core inflation rose 3.8% from a year earlier, the quickest since June 1992. It marked the second consecutive month that consumer prices rose, elevating fears that unprecedented levels of government stimulus, coupled with the reopening of the economy, will contribute to runaway growth.

At the same time, however, job growth missed Wall Street's expectations in both April and May; there remain 7.4 million fewer jobs than in February 2020.

Minutes from the Fed's April 27-28 meeting show that officials are inching toward a conversation about weening support for the economy. While most policymakers agreed they need to see "substantial" further progress toward their goals of inflation and full employment, a "number" of officials said that "if the economy continued to make rapid progress toward the committee's goals, it might be appropriate at some point in upcoming meetings to begin discussing a plan for adjusting the pace of asset purchases."

"Although recent economic data has been encouraging, the Fed will remain focused on the still large jobs deficit of over 8 million when compared to before COVID," said Tendayi Kapfidze, chief economist of LendingTree.

Policymakers are publicly committed to holding interest rates rate near zero until the economy reaches "maximum employment" and inflation moderately exceeds 2% for "some time," but at least five Fed officials have suggested that discussions could take place soon regarding reducing the Fed's $120 billion in monthly asset purchases, a policy designed to keep credit cheap.

"We do expect the Fed to begin to talk about reducing its monthly asset purchases soon; if not at the June meeting, then in the next couple of months," said Cailin Birch, global economist at the Economist Intelligence Unit. "For now, we expect the Fed to keep interest rates at zero until 2023, but it is likely to start lowering its liquidity injections in 2022."

The Fed will also release updated economic projections at the conclusion of its meeting on Wednesday, which it does on a quarterly basis. Previous estimates from the Fed's March meeting show that a majority of policymakers expect interest rates to remain near zero through 2023.

About seven of the 18 Fed officials at the meeting said they expect to start lifting rates in 2022 or 2023.

"If this changes materially with the June update, it will call into question the Fed’s commitment to hold rates steady until the economy gets close to full employment," McBride said.