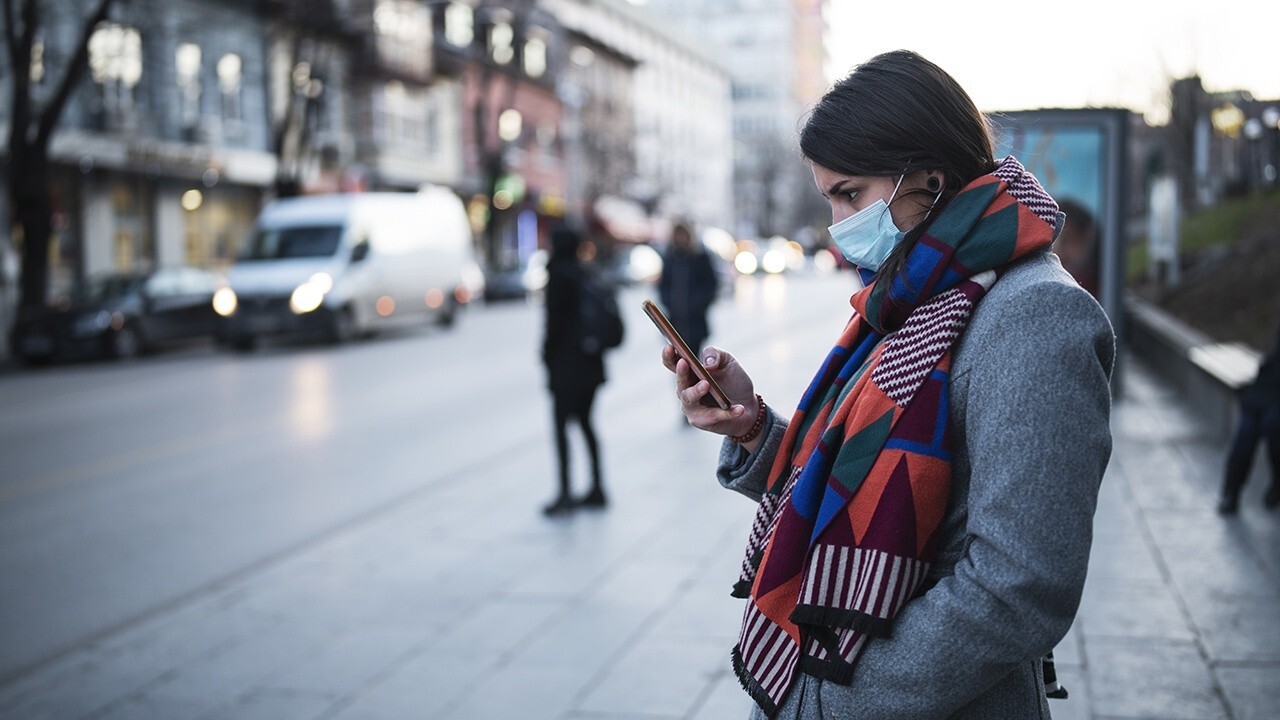 Are new mask mandates disincentivizing people from getting vaccine?

Author and Weill Cornell Medicine associate professor of medicine Dr. Matt McCarthy says Americans should remember that COVID rates are local and the need for masks depends on what area they are in.

Western economies are learning to live with Covid-19. As each successive wave of the coronavirus has washed over the West, the virus has wreaked less economic damage than the last time around.

Vaccines have been the decisive factor behind the improved resilience in the face of the latest surge driven by the more transmissible Delta variant, meaning rising caseloads are translated into far fewer hospitalizations and deaths.

In the U.K., where 88% of adults have received at least one vaccine shot, falling case numbers in the past week—and Covid-19 fatalities that have been much lower than in previous surges—have given rise to early hopes that the Delta surge is receding even after much of the country relaxed restrictions earlier this month.

But the improvement in economic performance from one surge to the next also reflects a host of adaptations to the pandemic by governments and businesses.

GOOGLE TO REQUIRE VACCINATIONS, DELAY RETURN TO OFFICE UNTIL OCTOBER

Governments across the U.S. and Europe have avoided imposing the drastic lockdowns that were a feature of the first surge of the pandemic, believing they could be more selective in their choice of restrictions and just as effective.

In some cases, as in the U.S., U.K. and Germany in early 2021, the result was a higher death toll than in the first surge, partly explained by the spread of the more transmissible Alpha variant. Elsewhere, as in France, Italy and Canada, both economic and health outcomes were better in the second surge than in the first.

Businesses have also developed new practices, from factories figuring out how to better space out workers while adding more shifts, to thinning out the number of workers on site at any one time and to increasing productivity for those working from home.

"This stage of the pandemic is better manageable simply because we’re all used to it," said Katrin Sulzmann, spokeswoman for the Voith Group, a German manufacturer of paper machines and hydropower equipment. The company recently reported a 21% increase in new orders year-over-year for the six months ended in March, and roughly the same revenue.

"The first wave was a shock for companies, the workforce had to work remotely and all of it had to be fixed. This infrastructure is now in place," she said.

Federal Reserve Chairman Jerome Powell said Wednesday he didn’t think the latest surge would have a major economic impact. "With successive waves of Covid over the past year and some months now there has tended to be less in the way of economic implications from each wave," he told reporters following the central bank’s policy meeting. "We will see if that is the case with the Delta variety but it’s certainly not an unreasonable expectation."

The pattern in the developed West isn’t true for the whole world. For much of the Asia-Pacific region, success in curbing infections in earlier surges and slower vaccine rollouts mean economies there are more vulnerable to Delta and restrictions are likely to be extended. In parts of Africa, where a small minority is vaccinated, lockdowns have had to be reimposed.

The difference in rich Western countries is that the most vulnerable part of the population has been vaccinated. The surge in new infections this time hasn’t been followed by a surge in hospitalizations, which had been the trigger for tight lockdowns earlier in the pandemic when governments feared their health systems would be overwhelmed.

"In countries with high vaccination rates, there is an increasing disconnect between rising Covid-19 cases and hospitalizations and deaths, while in countries with low vaccination rates, Covid-19 cases and hospitalizations/deaths are rising proportionately," wrote Vishwanath Tirupattur, an economist at Morgan Stanley, in a note to clients.

Underlining the contrast between highly vaccinated and thinly vaccinated countries, the International Monetary Fund on Tuesday raised its growth forecasts for the former, and lowered its growth forecasts for the latter. The IMF now expects rich countries—including the U.S., Italy, the U.K. and Canada—to grow faster than it did in April. By contrast, it expects India and five Southeast Asian countries—Indonesia, Malaysia, the Philippines, Thailand and Vietnam—to grow more slowly. Overall, its prediction for global growth in 2021 is unchanged since April, at 6%.

"The global economic recovery continues, but with a widening gap between advanced economies and many emerging markets and developing economies," said Gita Gopinath, the IMF’s chief economist. "These revisions reflect, to an important extent, differences in pandemic developments, as the Delta variant takes over."

The largest rise in the IMF’s growth forecasts was for the U.K., where the government imposed a strict, new lockdown at the start of the year as infections surged. But those restrictions had a smaller impact than the IMF had expected, a pattern repeated across rich economies.

"There was greater adaptability to those restrictions and we saw economic activity coming back somewhat stronger than we had expected," Ms. Gopinath said.

The IMF now expects the U.K.’s economy to grow by 7%, compared with the 5.3% expansion it forecast in April. Back then, the IMF had expected India’s economy to grow by 12.5%, but now sees it growing by 9% following a surge in Delta infections through a largely unvaccinated population earlier this year.

In the U.S., analysts cite three main reasons for why the rise of the Delta variant of Covid-19 is unlikely to make much of a dent in the U.S. economic recovery.

First, the increasing level of vaccinations in the U.S. has made people more likely to keep working and spending money despite the rise in cases. Second, there is little appetite to go back to the lockdowns and business closures that characterized the early days of the pandemic. Third, the rise in new cases in the U.S. so far has been concentrated in just a handful of states, limiting the national economic impact.

Even if rising infections force another round of broad business restrictions, analysts say that would likely have less of an impact on the economy than it did at the start of the pandemic because Americans have found ways to adapt to Covid-19.

Roughly 69% of the U.S. adult population has had at least one dose of the vaccine, according to the U.S. Centers for Disease Control and Prevention, and researchers say existing Covid-19 vaccines are effective against the Delta variant.

The rising rate of vaccinations has prompted consumers to venture out and spend money on meals, haircuts, vacations, sporting events and other services that were unavailable to them for the past year as the country hunkered down to avoid getting sick. Sales at bars and restaurants topped their pre-pandemic peak in April and have continued to rise since.

That trend isn’t likely to reverse. People are ready to put the pandemic behind them, said Stephen Stanley, chief economist for Amherst Pierpont, a U.S. broker-dealer.

"For better or worse I think people are tired of what we went through last year and assumed this thing was mostly over," he said.

Unlike some of the earlier Covid-19 surges, the new infections have also largely been concentrated in four states: Florida, Louisiana, Arkansas and Missouri. Those four states together make up less than 9% of U.S. economic output but accounted for about a third of the average number of daily new cases last week.

"A lot of the increase in new infections is in areas that are not in major metropolitan areas," said Ken Matheny, senior economist for the forecasting firm IHS Markit. "Our working assumption for the moment is it’s not going to have a major impact on [gross domestic product] or consumption but it’s always obviously a risk factor," Mr. Matheny said, referring to the Delta variant.

Each successive wave of Covid-19 in the U.K. resulted in smaller economic damage, a trend later mirrored by other rich economies. The second quarter of 2020 saw U.K. gross domestic product shrink by an annualized 56% as the government imposed a strict and lengthy lockdown to curb the first surge of the pandemic. As a whole, 2020 saw the U.K. suffer its worst slump in more than 300 years.

A second lockdown in January of this year was shorter and permitted factories and other businesses to keep operating, provided they implemented social distancing and related public-health measures. The economy shrank an annualized 6%.

Kallum Pickering, senior economist at Berenberg Bank in London, said rapid-fire data such as restaurant bookings, visits to stores, road-traffic statistics and job vacancies suggest the "fear factor" that affected consumer and corporate behavior and hurt the wider U.K. economy in the earlier surge of the pandemic appears much weaker now, an effect linked in part to mass vaccination.

Deaths within 28 days of a positive Covid-19 test over the past seven days have averaged 70 a day, compared with almost 1,300 at the previous surge’s peak in April. If early signs of decreasing caseloads continue in the U.K., it will be a further signal of economic hope for the rest of the vaccinated world.

In the meantime, businesses across the West will adapt in any event.

The Delta surge "will have a dramatic effect but at least we know what measures we have to take," said Alexander Sixt, co-chief executive of Sixt SE, a Munich-based car-rental company. "It’s totally different from March 2020 when we had no clue how long it would last…no idea what was coming."

Jason Douglas in London contributed to this article.