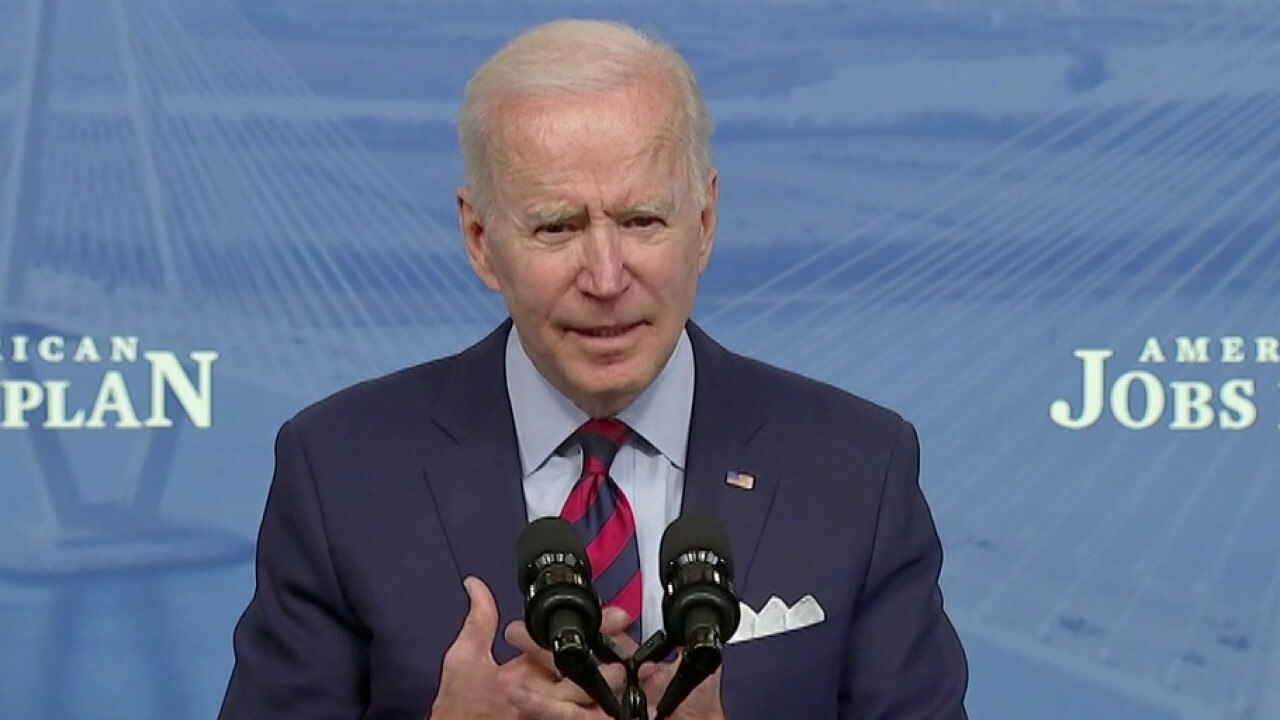 A majority of the nation's top CEOs agree that President Biden's plan to raise the corporate tax rate in order to pay for his nearly $2.3 trillion spending proposal will hurt business competitiveness and slow wage growth.

A survey released by Business Roundtable on Monday found that 98% of 178 CEOs believe that hiking the corporate tax rate to 28% from 21%, would have a moderately or very significant adverse effect on their company's competitiveness.

At the same time, about two-thirds said higher taxes would result in slower wage growth for American workers, while three-fourths said it would hamper research and development investments. Another 71% said it would hurt their ability to hire employees.

"The proposed tax increases on job creators would slow America's recovery and hurt workers," Business Roundtable President and CEO Joshua Bolten said in a statement. "This survey tells us that increasing taxes on America's largest employers would lead to a reduced ability to hire, slower wage growth for workers and reduced investments in research and development—all key components needed for a robust economic recovery."

Biden's tax plan aims to raise $2.5 trillion over 15 years to finance his sweeping spending initiative, dubbed the American Jobs Plan. That includes raising the corporate tax rate to 28% from 21%, imposing a new minimum tax on global profits and cracking down on companies that try to move profits offshore.

The tax increases would fund massive investments in the nation's roads and bridges, as well as transit systems, schools and hospitals.

Biden indicated last week that he's willing to lower the proposed corporate tax increase amid pushback from Republicans and some moderate Democrats, who have raised concerns that the tax increases could derail the economy's recovery from the pandemic and hurt U.S. competitiveness abroad.