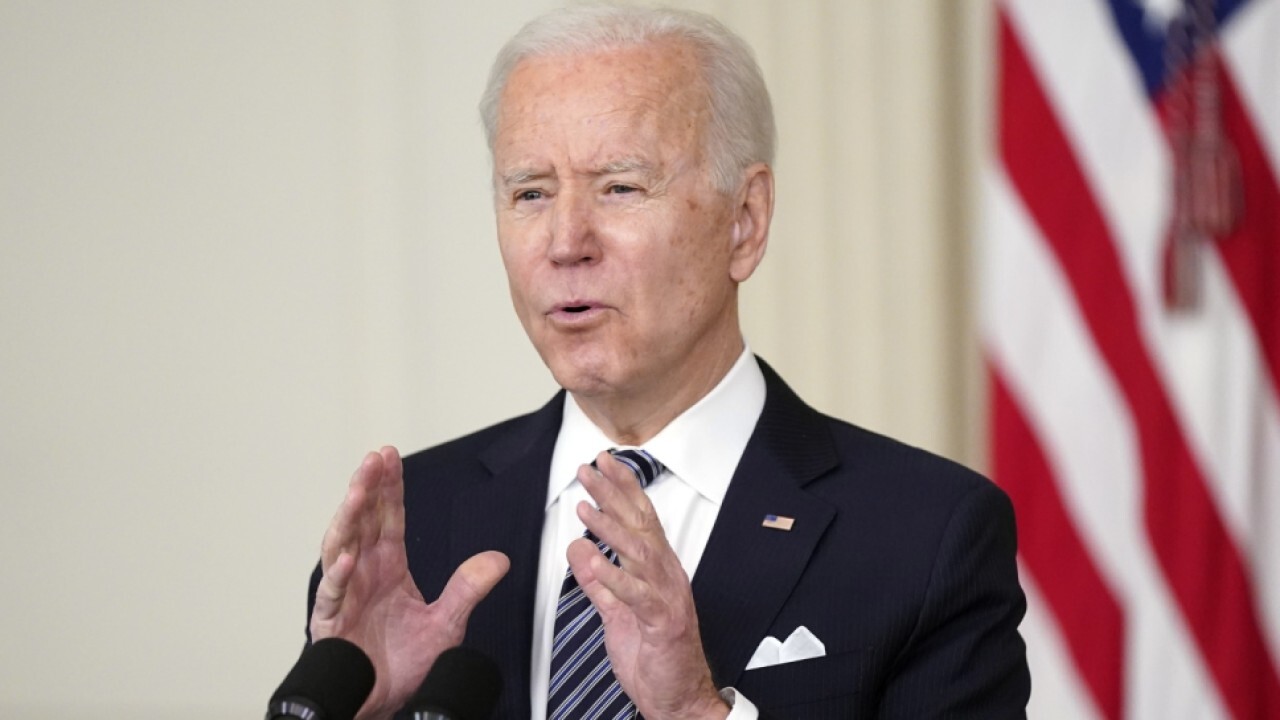 The "Made in America" tax plan, if adopted, would implement a series of corporate tax reforms, including raising the rate paid by U.S. companies to 28% from 21% — a partial rollback of Republican's 2017 tax cuts. But the rate would remain lower than it was before the tax overhaul, when it stood at 35%.

The proposal also seeks to tighten tax-code loopholes that allow corporations to reduce, or eliminate, their liability, often by shifting profits overseas. It would so in part by doubling the global minimum rate paid by American multinational companies to 21%. By ending offshoring incentives, the administration estimated it would bring about $700 billion in federal revenue into its coffers.

Treasury Secretary Janet Yellen said during a phone call with reporters the plan will end a "global race to the bottom" of corporation taxation — a competition that she said ultimately hurts American workers and competitiveness.

"By choosing to compete on taxes, we've neglected to compete on the skill of our workers and the strength of our infrastructure," she said. "It's a self-defeating competition, which is why we're proposing this 'Made in America' tax plan. It changes the game we play."

It would raise $2.5 trillion in new revenue over the course of 15 years, the White House said, and would be used to pay for the sweeping infrastructure measure, dubbed the American Jobs Plan, that President Biden unveiled last week. That proposal would make massive investments in the nation's roads and bridges, as well as transit systems, schools and hospitals.

Although some corporations have indicated they are willing to pay more in taxes, the proposal has drawn criticism from Republicans and several business groups, including the Chamber of Commerce and the Business Roundtable, which argue that higher taxes would ultimately derail the economy's recovery from the coronavirus pandemic.

The Penn-Wharton Budget Model released a new analysis on Wednesday saying the combined spending and taxes cause the nation's GDP, the broadest measure of goods and services produced in the country, to shrink by 0.8% in 2050.