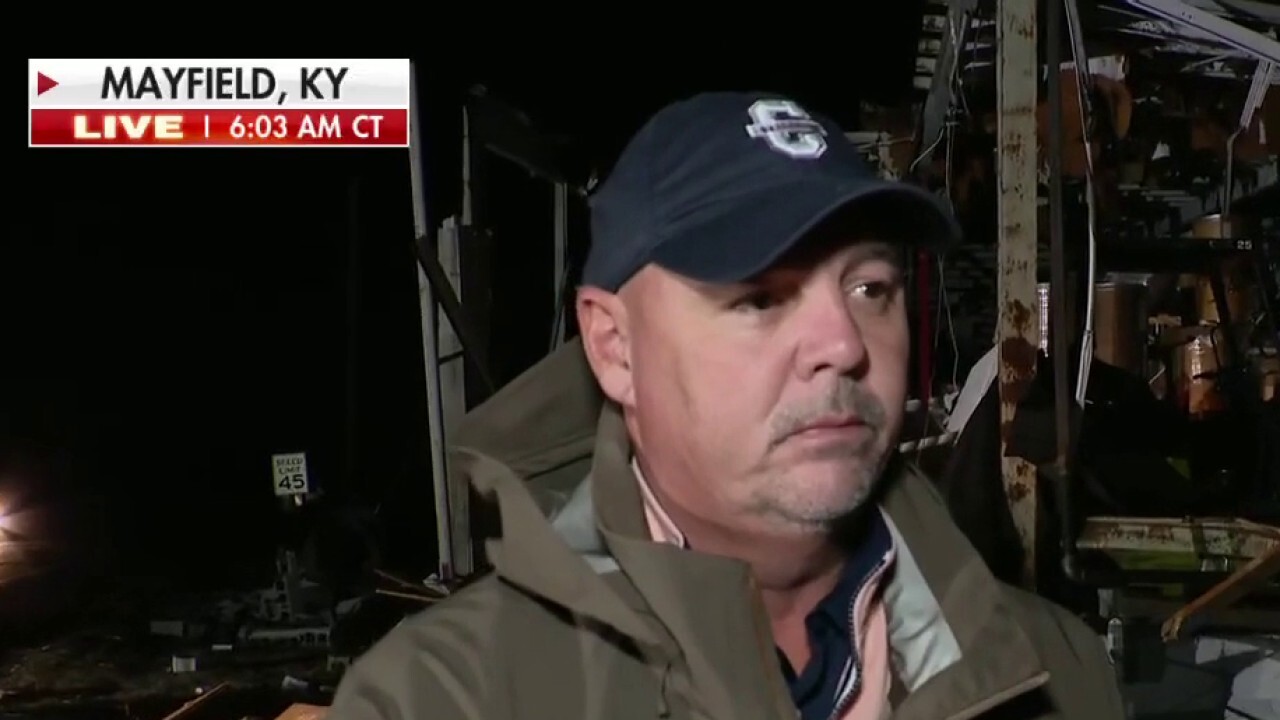 Mayfield Consumer Products CEO Troy Propes tells FOX Business' Grady Trimble that six people are still unaccounted for and eight of his employees died after a tornado tore through his factory in Kentucky while 110 employees were inside.

Mayfield Consumer Products CEO Troy Propes said on Monday that six of his employees are still missing and eight have died after a tornado tore through his candle factory in Kentucky on Friday night while 110 people were inside.

"My HR team has been working around the clock trying to find these people," Propes said on Monday.

His factory was destroyed after deadly tornadoes pushed through several states, devastating communities across the Midwest and the Southwest. Kentucky was the worst hit by far in the cluster of tornadoes. Kentucky Gov. Andy Beshear said as of Monday morning, 64 people have been confirmed dead and at least 105 remain unaccounted for.

He warned that there will be more casualties.

"We believe it will certainly be above 70, maybe even 80," he said. "But again with this amount of damage and rubble it may be a week or even more before we have a final count on the number of lost lives."

It was reported that the candle factory was operating "24/7" to meet demands for the Christmas holiday before the tornado struck the area. Although the bad weather was known to the employees, the intensity of the tornado took the community by surprise.

Speaking with FOX Business’ Grady Trimble in a live interview on "Mornings with Maria" on Monday, Propes provided an update as the search continues for those who are still missing.

"We had 110 people working at the time on the second shift and there’s been eight confirmed casualties and we mourn the loss of those eight individuals," Propes said.

He noted that initially "we feared the worst" because at one point more than 40 workers were unaccounted for.

"That number has been declining without the casualty number going up and this morning I’m proud to report that we are down to six people unaccounted for," Propes said.

"We remain hopeful and prayerful that those six people will also be found in the same way that those other numbers were."

He noted that some people were taken to hospitals or left the scene but could not be reached because they either lost their cell phones when the tornado tore through the area or could not use them because their phones died and there is no way to charge them given power has not yet been restored in the area.

Mayfield's residents could be without electricity, heat and water in chilly temperatures for a long time, the mayor warned on Monday, as officials struggled to restore services after several twisters leveled neighborhoods and killed dozens.

In Kentucky, about 26,000 homes and businesses were without electricity, including nearly all of those in Mayfield, according to poweroutage.us.

Describing the damage, Beshear noted that more than 1,000 homes "are gone."

Trimble noted on Monday that driving through Mayfield one can witness courthouses, private businesses and homes all destroyed. 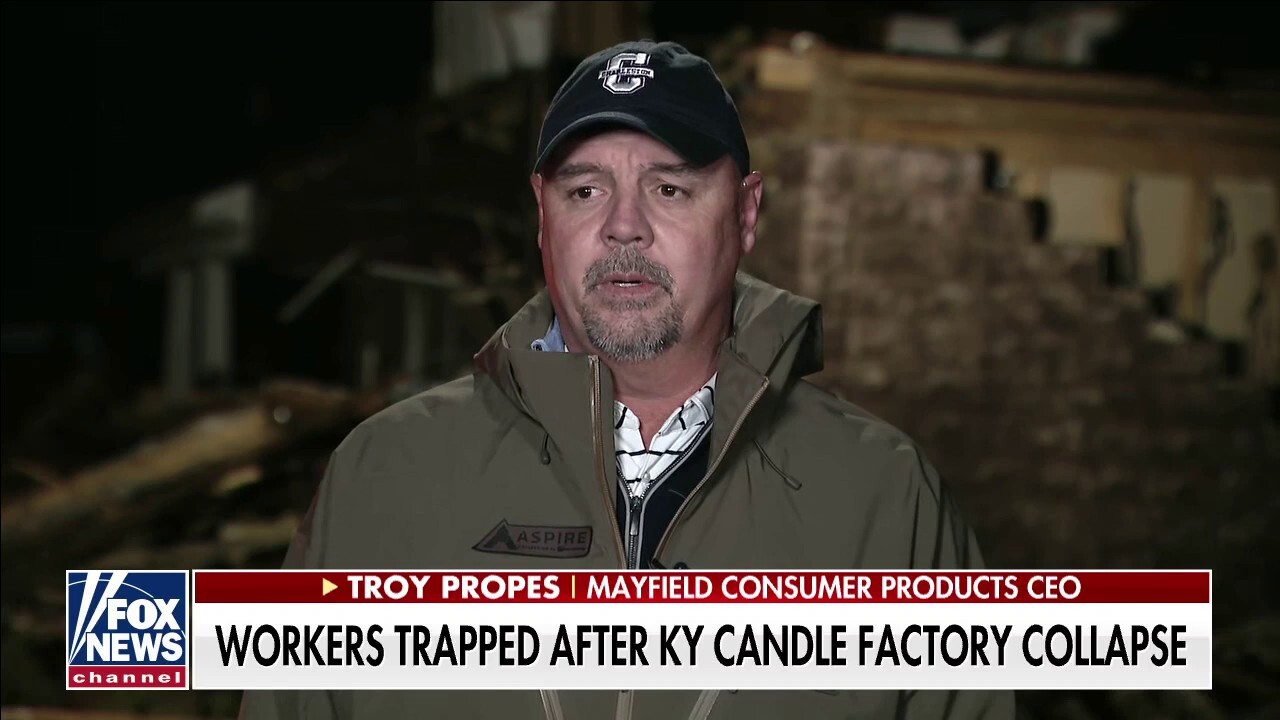 On Sunday, Beshear said the ferocity of the storm was so great that there was nowhere safe to hide inside the plant.

"It appears most were sheltering in the place they were told to shelter," he said. "I hope that area was as safe as it could be, but this thing got hit directly by the strongest tornado we could have possibly imagined."

Speaking on "Sunday Night in America," Propes complimented his management team for properly handling the situation as best as they could.

"Everyone was aware of bad weather, but, as we’re all taught even as children, the first thing we do is don’t get in your car," he said. "The management team that was at the factory that night, I praise them for doing an excellent job."

"I believe that more lives would have been lost," he continued. "I know that 10 minutes before they followed all the protocols to get the employees, almost all of the employees to the designated area."

Bob Ferguson, the company spokesperson, said that "many of the employees were gathered in the tornado shelter and after the storm was over they left the plant and went to their homes."

Like Propes, Ferguson also noted that "with the power out and no landline they were hard to reach initially."

Employees reportedly said that as the storm approached they had been told to huddle in a central hallway area, the strongest part of the building. They also noted that some people had already left earlier in the night following a warning siren.

The factory employs many people in and around Mayfield and is Graves County's third-biggest employer, according to the county's website.

Scented candles made in the plant have been on the shelves of prominent retailers including Bath & Body Works, which said in a statement it was "devastated by the horrible loss of life at the Mayfield Consumer Products factory – a long-standing partner of ours."

Mayfield Consumer Products has set up an emergency fund to assist employees and their families.

Fox News’ Lindsay Kornick and The Associated Press contributed to this report.