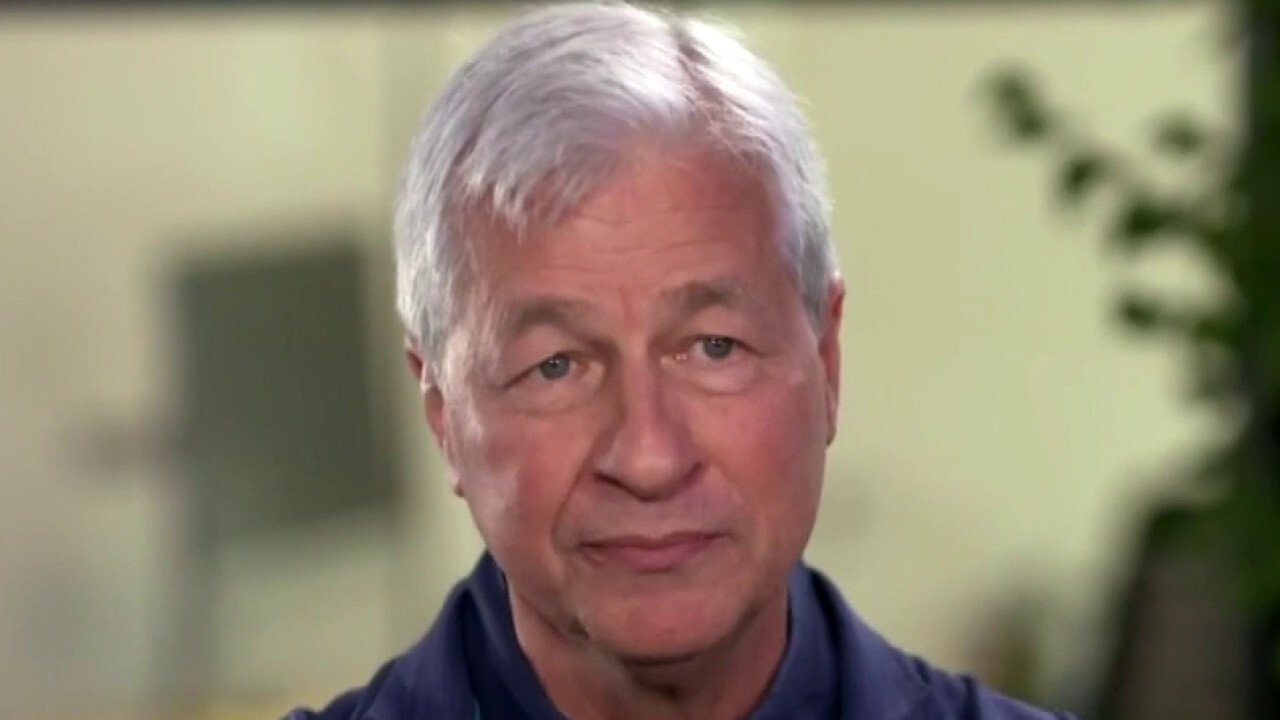 Dimon on US economy: 'Celebrate growth'

JPMorgan Chase CEO Jamie Dimon argued that "we should celebrate the growth" and explained during an exclusive interview with FOX Business’ Maria Bartiromo why he believes interest rates are still low at a time when the economy is bouncing back from the coronavirus pandemic and its associated lockdowns.

"We should celebrate the fact that we can grow at 6%, 7% and God knows in the next year," Dimon told Bartiromo in the interview that aired on "Mornings with Maria" on Wednesday.

Gross domestic product [GDP]– the broadest measure of economic performance – grew at a 6.5% annual rate during the second quarter, according to an advance estimate released last week by the Commerce Department. Analysts surveyed by Refintiv were expecting 8.5% growth. First-quarter GDP was revised down to 6.3% from its previous reading of 6.4%.

The above-trend growth in the second quarter reflected the continued reopening of the U.S. economy and government support via business loans, stimulus checks and extended unemployment benefits.

The current figures provide a stark contrast from those during the onset of the pandemic.

The U.S. economy shrank at a dizzying 33% annual rate in the April through June quarter last year, which was by far the worse quarterly plunge ever as the viral outbreak shut down businesses, throwing tens of millions out of work and sending unemployment surging to 14.7%, according to the government.

As economies reopened, GDP surged by 33.1% on an annualized basis in the three-month period from July through September of last year, the Commerce Department said. The previous post-World War II record was a 16.7% increase in 1950.

Last week, the Federal Reserve said that it would maintain ultra-low interest rates and reaffirmed its commitment to other easy monetary policies, but suggested it could dial back that support in coming months if the U.S. economy continues to strengthen.

The U.S. central bank, as widely expected, held the benchmark federal funds rate at a range between 0% and 0.25%, where it has been since March 2020, when the virus forced an unprecedented shutdown of the nation's economy. The Fed will also keep purchasing $120 billion in bonds each month, a policy known as "quantitative easing" that's designed to keep credit cheap.

Dimon explained that he believes interest rates are still low even as the economy is recovering "mostly because central banks around the world have bought $12 trillion of bonds." He then explained the positive and negative outcomes of that policy. 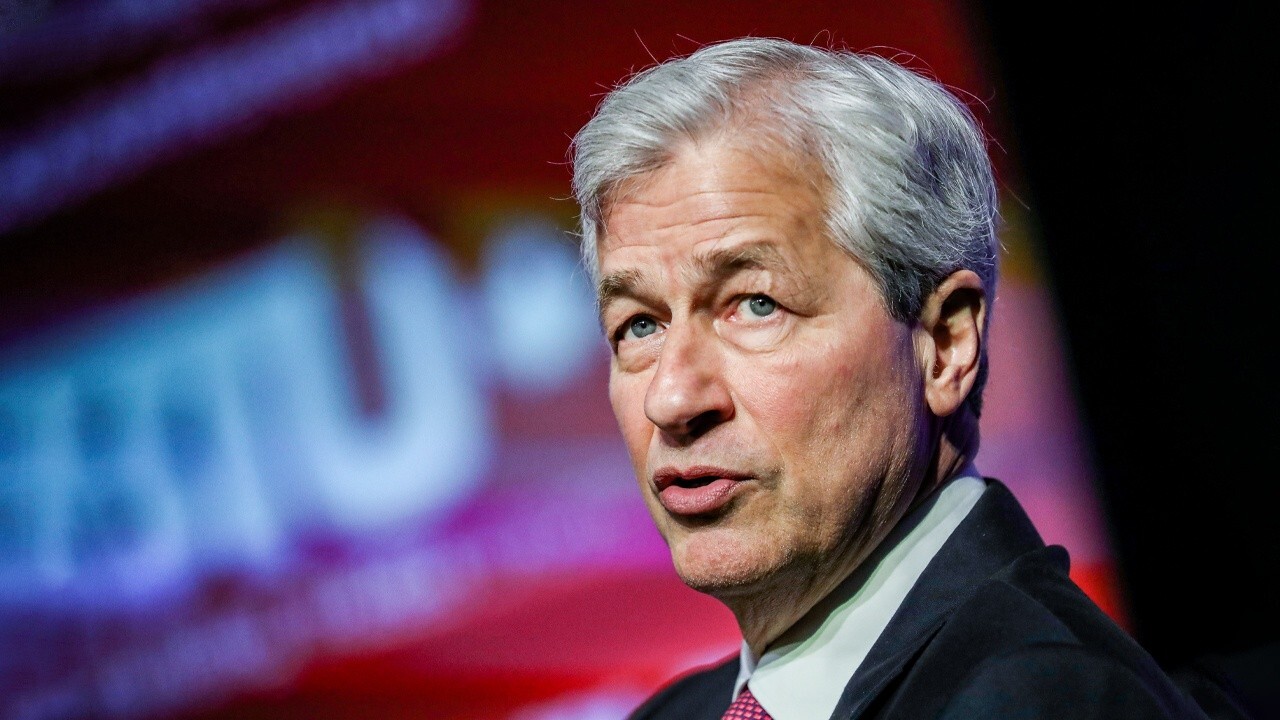 Jamie Dimon: Rates are low because governments are buying bonds

"One outcome is that rates go up," Dimon told Bartiromo, noting that he believes interest rates belong at around 3-3.5% and 2% in the short end. He said that with those rates, the U.S. will "still have healthy growth going for a couple of years."

Dimon explained that the negative outcome of current monetary and fiscal stimulus is higher inflation.

"We do have a lot of fiscal stimulus, which is unspent, a lot of monetary stimulus is still out there and that may very well lead to higher inflation," Dimon said.

He then stressed that in the meantime, the U.S. should "celebrate the growth and we'll deal with the next problem when we get there."

Last month it was revealed that prices for goods and services in June jumped by the most in 13 years, fueling concerns that a rapidly rebounding economy could lead to runaway growth.

The Labor Department said that prices rose 5.4% year over year with prices trending higher every month this year. Analysts surveyed by Refinitiv were expecting prices to rise 4.9% annually.

According to the department, the consumer price index rose 0.9% in June, faster than the 0.6% increase in May. Analysts surveyed by Refinitiv were expecting a 0.5% gain. 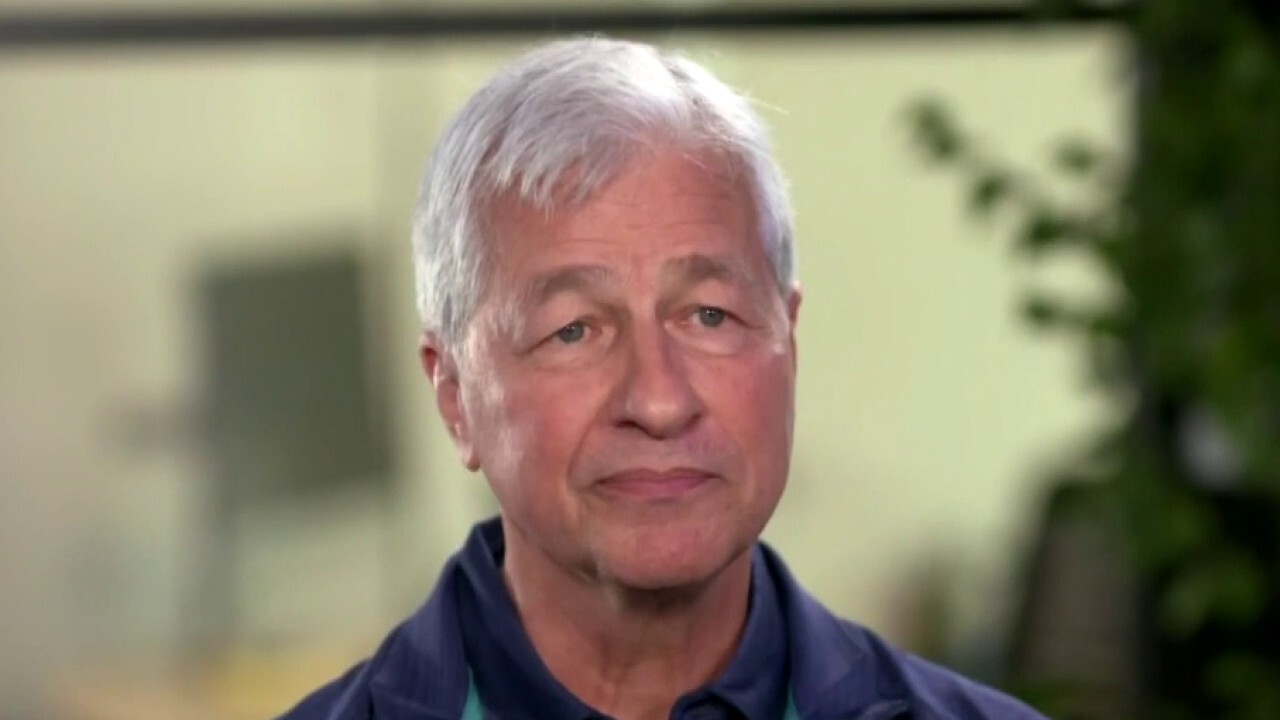 Dimon stressed on Wednesday that he believes interest rates are still low because "governments are buying bonds."

"When governments buy bonds that reduces the price," he explained.

"I'm not a buyer of the 10-year bonds," Dimon said. "We have to in some cases because we’re forced to. We don't have other alternatives."

"So a lot of the buyers are in that position and the governments are buying," he continued, noting that "the U.S. government, Bank of Japan, central banks all over Europe are buying bonds."

He also told Bartiromo when he believes the Fed will start tapering bond purchases.

Dimon noted that typically the Fed adjusts their policies based on forecasts.

"I think they've [the Fed] made it very clear this time they're not going to do that," he said. "They're going to wait to see the actual white of the eyes."

"I think the white of the eyes is 4.5% unemployment, wages going up, jobs plentiful and they're [the Fed is] less concerned about inflation," Dimon continued. "They want to see growth."

Last year, the Fed tweaked its policy, saying it would allow inflation to run "moderately" above 2% "for some time" in order to help the central bank meet its goal of full employment.

Federal Reserve Chairman Jerome Powell has insisted that the recent surge in inflation is "transitory," pointing to the more than 50% decline in the cost of lumber as evidence that prices will cool as supply chain issues caused by COVID-19 are resolved.

Dimon told Bartiromo on Wednesday that he doesn’t agree that inflation is temporary, noting that he is "looking ahead."

"I think you have a lot of stimulus that hasn’t been spent and a lot more stimulus coming," Dimon said. "Having a fiscal deficit that big is unprecedented and that by itself almost has to be inflationary."