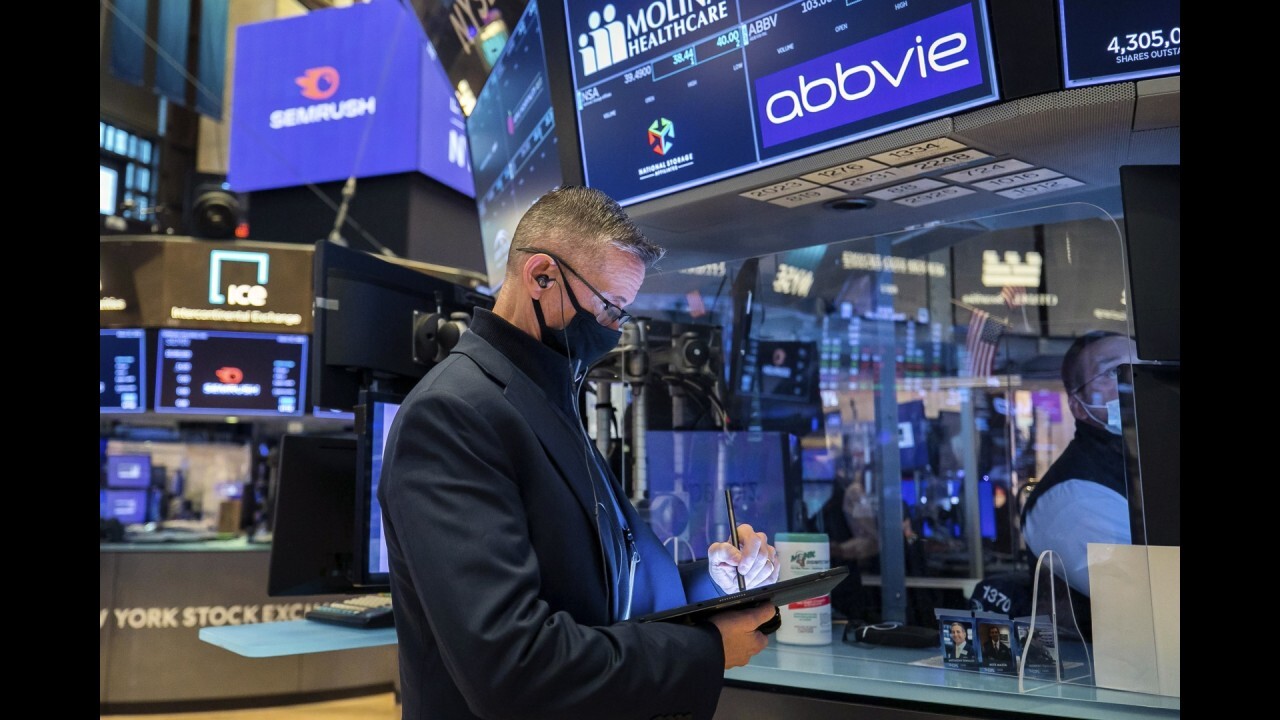 Before his epic collapse this week losing an estimated $8 billion in 10 days, hedge fund trader Bill Hwang increased the size of his fortune a staggering 900 percent or more in just seven years. For the man behind Archegos Capital Management, it may be one of the fastest creations and destructions of wealth in recent history, FOX Business has learned.

FOX Business was able to trace the growth in Hwang's personal fortune — which Wall Street sources say largely consisted of the money he traded at Archegos  — to a research report compiled by the philanthropy consulting group Jerold Panas, Linzy & Partners, Inc for a Christian college that was seeking donations from Hwang.

About seven years ago, The King’s College was looking for wealthy donors to support its vision for an Evangelical Christian institution of higher learning in Manhattan. The college commissioned the consulting firm to help it estimate the net worth of someone who, on paper at least, checked all the right boxes.

Hwang, a long-time hedge fund trader was both wealthy, and prominent in raising money for Evangelical institutions and causes. The consulting firm’s report, completed around 2014, estimated Hwang's fortune at less than $1 billion, according to a person with direct knowledge of the matter.

“He was clearly wealthy but not as wealthy as other donors we were trying to bring on board,” said the person, who was a senior administrator at the college.

It wouldn’t be long before Hwang became one of the school’s wealthiest donors. Just before Archegos’ epic collapse in late March, Hwang was managing a portfolio valued at between $10 billion and $15 billion, Wall Street traders estimate. Most if not all of it was his own money, making him one of the world’s richest people.

Larry McDonald, a former Wall Street trader and creator of the "Bear Traps Report," an investment newsletter for hedge fund professionals, estimates that Hwang must have been compiling annual returns of 35 percent or more to see such an explosion in assets under management.

That would put Hwang, according to McDonald, up among some of the biggest and best traders on the street --- before his blowup.

"If those numbers are accurate, they are truly astounding," McDonald said. "What makes it even more impressive is that he was doing so well at a time when hedge funds hit a rough patch and were losing favor to passive investments."

McDonald added that “the only way you can produce those types of numbers so quickly is to use lots of leverage and be right most of the time. Just as astounding, he gave it all back in an instant.”

A spokesperson for Archegos and Hwang declined to comment but would not dispute any of the information in this report.

In an earlier statement, the company said, “This is a challenging time for the family office of Archegos Capital Management, our partners and employees. All plans are being discussed as Mr. Hwang and the team determine the best path forward.”

The Kings College also would not dispute FOX Business' reporting but said in a statement: "The King's College is grateful for the generosity of Mr. Hwang...We've seen first-hand that their philanthropic endeavors enable tremendous social and religious good. Among many programs they make possible on our campus is a weekly Public Reading of Scripture where our students gather to hear the Bible read aloud. Our prayers are with Mr. Hwang and his staff, both on the foundation and Archegos side, as they maneuver this difficult time."

Jerold Panas, Linzy & Partners, Inc would not dispute this report as well and did not respond to numerous requests for comment.

According to Internal Revenue Service documents for Hwang’s charitable foundation, the Grace and Mercy Foundation, he donated close to $2 million to The King’s College between 2011 and 2017, a period in which Archegos was producing significant market gains.

The Grace and Mercy Foundation, created by Hwang in 2006, gave millions to notable religious organizations in the United States and Asia including Fuller Theological Seminary, the Bowery Mission which helps the homeless, and the youth-focused ministry, Young Life.

As FOX Business has reported, the foundation was affiliated with the Archegos family office that managed Hwang's wealth. The two shared offices and personnel.

Andy Mills, who is listed on Archegos’ website as its “executive chairman and co-chief executive officer,'' also served, according to his LinkedIn profile, as “co-chair” of the Grace and Mercy Foundation. Mills was also chairman of the board of trustees for The Kings College between 2004 and 2014, and twice during those years served as acting president of the college.

Grace and Mercy was also involved in some of the types of complex financial transactions that Hwang used at Archegos, the foundation’s IRS records show. While Grace and Mercy received millions in donations of stocks including tech high-fliers Amazon and Netflix, records show it also bought and sold derivatives known as swaps and various hedge funds and offshore trusts with mixed results.

Hwang has been described as low-profile and a devout Christian, the son of an evangelical Christian minister from Korea. Unlike other money-managers, he avoided the financial press and never made the annual billionaires lists published by outlets such as Forbes. When he was quoted in the press it was mostly about his Christian faith and charitable contributions.

Hwang did make his mark, albeit quietly, in the hedge fund business and on Wall Street trading desks where he was known as an aggressive trader and protégé of former Tiger Management founder Julian Robertson. In 2012, Hwang was barred from the hedge fund business after the Securities and Exchange Commission brought a suit against him alleging insider trading and stock manipulation.

Without admitting or denying wrongdoing, Hwang settled the civil case for $44 million and closed his hedge fund at the time, Tiger Asia.

The ban would be officially lifted in 2020, but that didn’t stop Hwang from trading his own account and getting access to derivative products through major Wall Street firms like Credit Suisse and Goldman Sachs when he launched his family office, Archegos, in 2013.

How Hwang was able to grow his business 900 percent or more in the span of just seven years is still largely a mystery. But, according to Wall Street sources, Hwang engaged in sophisticated, and some would say, risky trading strategies that allowed him to take relatively small bets on stocks and other investments and reap huge gains. He was able to compound his gains further through the use of leverage or high degrees of borrowing.

Such trading techniques can create huge profits if investors bet right, but also outsized losses when they don't.

Hwang was said to be a devotee of a derivative known as the "total return swap." He bought them from major investment banks such as Switzerland's Credit Suisse, Japan’s Nomura, and closer to home, Wall Street’s Goldman Sachs, and Morgan Stanley.

These swaps are financial products that allow a trader to lay out relatively little of his own money to create massive "synthetic" long positions in shares of companies. By using derivatives, Hwang created massive, long positions in certain stocks, even if he didn't own the shares outright, thus avoiding regulatory disclosure requirements. He spread these positions among these firms, which effectively disguised how much he wagered on various investments, traders say.

While swaps can create huge returns in a rising market, they are also some of the most lucrative products for the street to sell. Hwang became one of Wall Street’s biggest customers, traders say, which may account for such blue-chip firms overlooking Hwang’s checkered regulatory record.

It may also explain the reason the banks didn’t demand more disclosure about the house of cards Archegos was building. Ironically, one of Hwang’s best bets turned out to be the catalyst for his downfall: A massive, long position in ViacomCBS, which had been hitting new highs until it announced a secondary offering on March 22.

The announcement caused a massive selloff amid investor fears over being diluted. The sharp decline in ViacomCBS sparked margin calls Archegos couldn’t meet, and some of his other positions began to falter as well.

By the last week in March, his brokers began selling out his positions and their positions tied to his trades, unloading an estimated $50 billion to $100 billion in various securities. In the process, Hwang’s brokers suffered billions of dollars of losses as they were unwinding these bets.

Credit Suisse has said its unspecified losses will be material and traders estimate they could reach $3 billion to $5 billion and force the firm to raise capital. Goldman, according to people with knowledge of the matter, is saying the losses will not be material to its profit and loss statement but could be as high as $1 billion.

The Securities and Exchange Commission is investigating the matter. Neither Goldman nor Credit Suisse would comment. The SEC said in a statement: “We have been monitoring the situation and communicating with market participants since last week.”

At The Kings College, Hwang’s troubles are being met with both sadness and shock.

Former students recall a speech he gave at the school in 2019 in which Hwang talked about how his faith and work in finance were intertwined.

According to a person in attendance, Hwang told students that if he was more public about his riches, he’d be ranked highly on the Forbes list of billionaires. “I do look at the lists of billionaires and think if I wasn’t under the radar, I’d be pretty high up there,” he said.