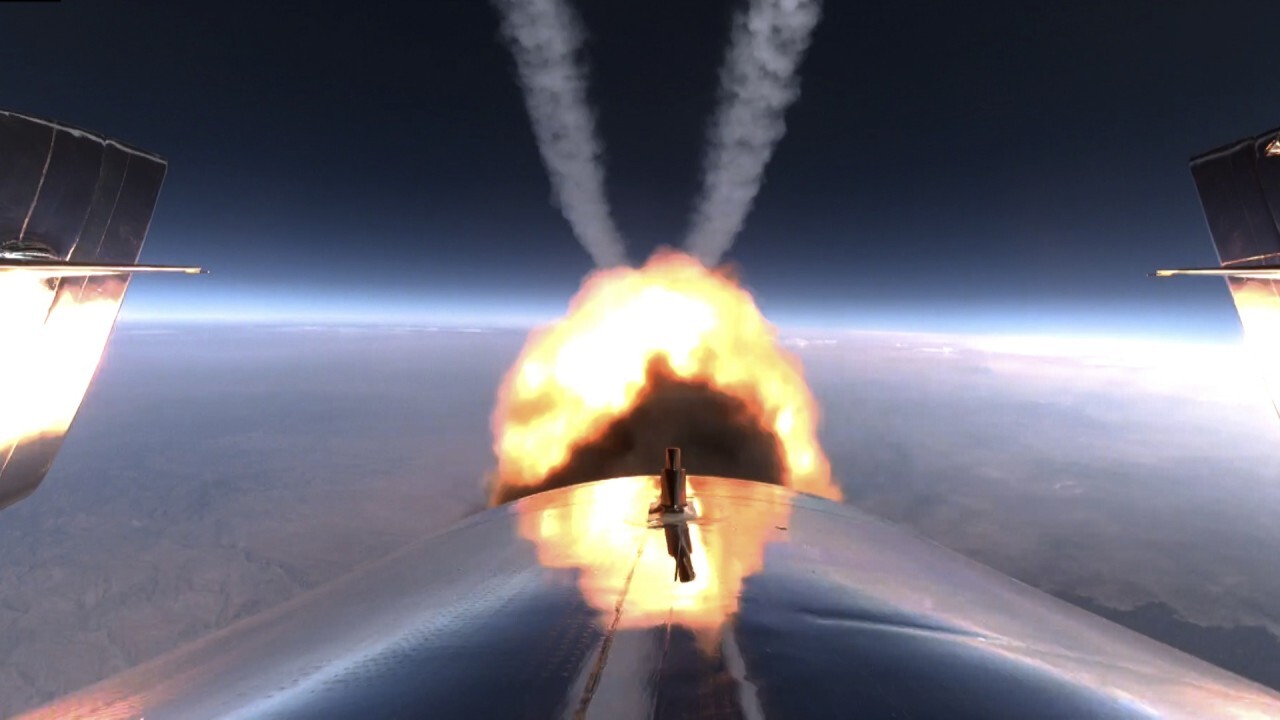 While Richard Branson's Virgin Galactic is paving the way towards space tourism, its sister company, Virgin Orbit, is making its own push for dominance in satellites by bringing the most efficient rate possible at the lowest cost.

According to Virgin Orbit's new vice president of flight and launch activities, Tyler Grinnell, the market for satellite launches is growing at the "highest rate it's ever been."

"With the growth in customers, the satellite imagery needs to evolve," Grinnell told FOX Business in an exclusive interview. "So our services are definitely needed and wanted around the world right now and we are growing to meet the customer demands."

Grinnell joined Virgin Orbit after spending 12 years at Elon Musk's competitor SpaceX, where he rose through the ranks from launch engineer to director of launch and recovery operations.

As director of launch and recovery operations, Grinnell oversaw SpaceX's team of engineers, technicians, and support staff who provide the integrated launch, recovery, and pad operations for the Falcon 9 and Dragon vehicles, which have executed 20 successful missions in 12 months, as well as the successful launch and recovery of the first commercial crew astronauts. Prior to SpaceX, he held roles at both Boeing and NASA at Kennedy Space Center.

"While I was at SpaceX, we were very successful at doing that," Grinnell said. "However, I really saw a need elsewhere at space companies and Virgin Orbit specifically has a platform like no other."

Virgin Orbit uses a technique called air launch, in which its 70-foot, 57,000-pound LauncherOne rocket is released at an altitude 35,000 feet from under the wing of a 747-400 jet aircraft, dubbed Cosmic Girl, rather than from a traditional launch pad on the ground.

In addition to improving the payload capacity of the rocket, the technique allows LauncherOne to fly on short notice and from a wide variety of locations to access any orbit. LauncherOne can carry satellite payloads weighing between 300 and 500 kilograms.

Virgin Orbit uses a technique called air launch, in which its 70-foot, 57,000-pound LauncherOne rocket is released at an altitude 35,000 feet from under the wing of a 747-400 jet aircraft, dubbed Cosmic Girl, rather than from a traditional launch pad on the ground. (Photo courtesy of Virgin Orbit)

A few days later, billionaire Branson made history blasting into space, setting up Jeff Bezos who is set to the same on Tuesday.

While Grinnell says Virgin Orbit is in talks with "numerous potential spaceports around the world on a weekly basis" to bring LauncherOne's services where the satellite market's demand is the highest, the company's primary launch operations are based out of Mojave Air and Spaceport in California. Virgin Orbit's international launch site partners will include Cornwall, England, Japan, the island of Guam, and Brazil.

Under Grinnell's direction, Virgin Orbit is slated for another satellite launch in the fourth quarter of this year, followed by a busy two years.

"Next year, we're looking to be just under double digits with launches and looking to nearly double that the following year," he said.

Virgin Orbit will work with UK-based Arqit Limited, a leader in quantum encryption technology, to conduct two satellite launches to low Earth orbit beginning in 2023. It will also work with defense and security company QinetiQ and geospatial analytics company HyperSat to launch six satellites to low Earth orbit no earlier than 2023.