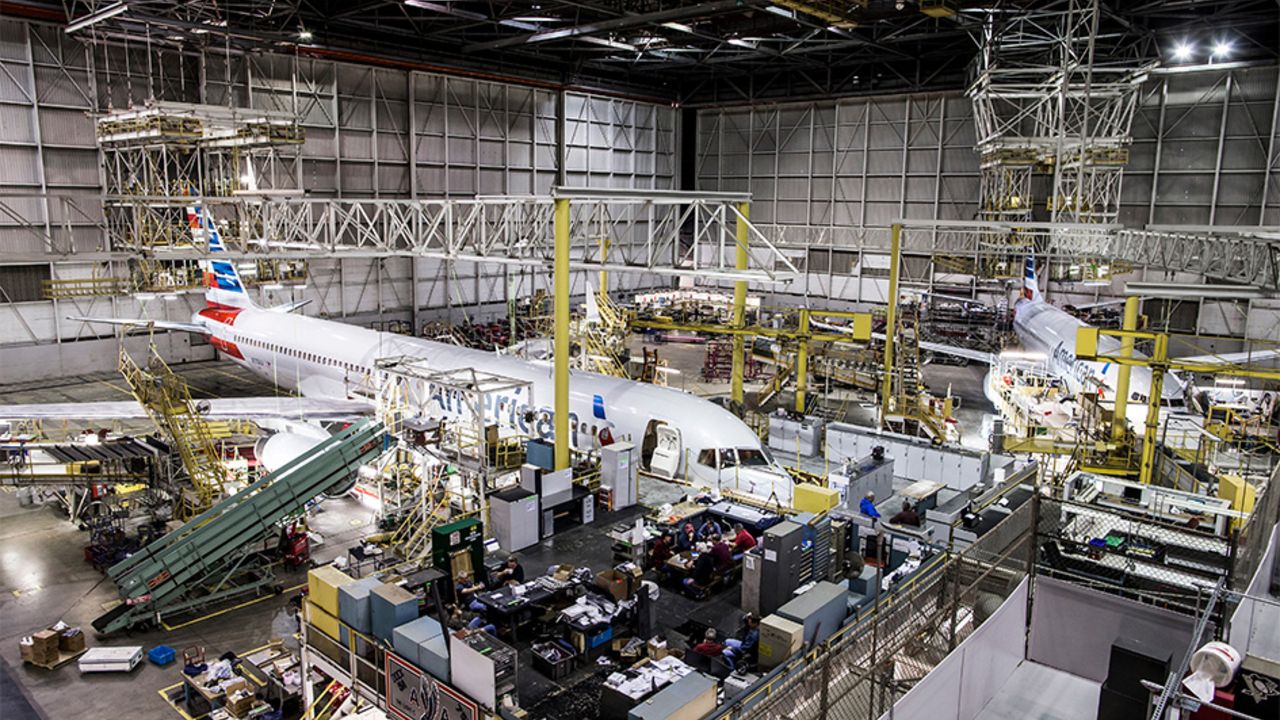 Tulsa, Oklahoma, is home to the world’s largest commercial aviation maintenance facility, which has been there since 1946.

Tulsa has a long history as a center in the U.S. aerospace industry, Airways previously reported. Thousands of people there had worked in airplane manufacturing during World War II, so American moved facilities there from New York City after the war as the company outgrew LaGuardia Airport.

Today, more than 900 aircraft visit the facility in an average year, according to the airline.

American’s huge Tulsa base employs more than 5,500 people to maintain, repair and overhaul aircraft and provide IT support, according to the airline. It added more than 600 positions to the growing facility last year.

In February, American announced it was investing another $550 million in the Tulsa base. The money will go toward a new 193,000-square-foot widebody-capable hangar and a 132,000-square-foot support building with offices for administrators and engineers, as well as improvements to existing infrastructure. The airline said it’s the largest investment it has made to date at a maintenance location.

“The American team in Tulsa and around the world is the best in the business when it comes to operating the safest and most reliable fleet of commercial aircraft,” American Airlines Chairman and CEO Doug Parker said in a statement announcing the expansion. “Tulsa has been core to American’s operation for more than 70 years, and this investment in the base, along with new positions we added at Tech Ops  – Tulsa in 2019, will ensure our customers can continue to rely on our fleet as the safest and most reliable for decades to come.”

The work is slated to begin in 2021 and expected to take about 18 months to finish, according to the airline.

American isn’t the only major player in the air industry in Tulsa. Airlines offer nonstop flights to at least 20 major cities from Tulsa International Airport, and the city is home to facilities of aerospace companies like Spirit Aerosystems. According to the city of Tulsa, the aerospace and defense industries employ more than 120,000 people in Oklahoma and have produced more than $27 billion in sales in the state. The Tulsa Regional Chamber measures the aerospace industry’s economic impact at a combined $43.8 billion.