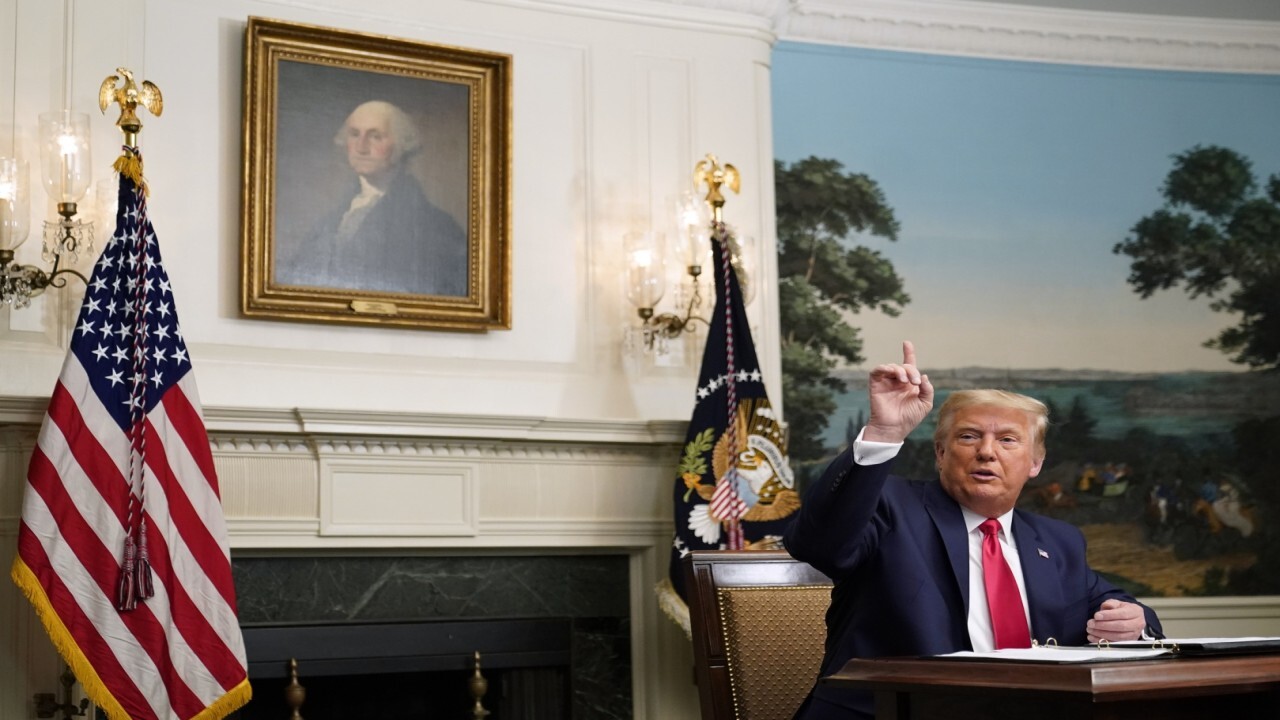 President Trump once again railed against Big Tech and the media for controlling the narrative and failing to investigate what he calls massive voter fraud, in his first interview since Election Day.

Trump said in his phone interview with FOX Business' "Sunday Morning Futures" that host Maria Bartiromo was “brave” for speaking with him on-air, arguing most media doesn’t want to cover the massive fraud he says took place across the country to award Joe Biden over 80 million votes.

“This election was rigged. This election was a total fraud and it continues to be as they hide. And the problem we have, we go to judges and people don't want to get involved. The media doesn't even want to cover it. I mean, you're doing something,” Trump said. “You're actually very brave because you're doing something. The media doesn't want to talk about it. They know how fraudulent this is. It's no different than Hunter. It's no different than Hunter."

The president criticized Big Tech giants like Twitter and Facebook for suppressing a story published by the New York Post weeks before Nov. 3 that included potentially damning emails allegedly found on Hunter Biden’s laptop. The emails allegedly revealed Joe Biden had been introduced by his son to a top executive at Burisma Holdings less than a year after the vice president stepped in to have a Ukrainian prosecutor fired for looking into the natural gas firm.

“We don't have freedom of the press in this country,” Trump said. “We have suppression by the press. They suppress. You know, you can't have a scandal if nobody reports about it.”

Trump also repeated his call to repeal Section 230 of the Communications Decency Act of 1996 pertaining to liability protections. The legislation protects social media companies from being sued based on information users post to their site, as well as allows but does not require social media companies to moderate content.

“It's massively powerful, it's massively corrupt – the media and Big Tech,” Trump said. “Section 230 should be taken out because that's the protection that was given artificially to them. But it's a massive form of corruption and silence and suppression.

“Like, for instance, this conversation that we're having right now, they will only take if there's something that was slightly off like you or I mispronounced a word, you or I, that will be the story,” he continued. “And yet they won't talk about Hunter Biden. Never talk about it until Biden stole millions and millions of dollars. And if you do talk about them, they take you off their platforms. No, it's massively corrupt."

Trump said he “caught them by surprise” in 2016 before questioning why the media elites were so bent on making sure he lost reelection in 2020 given the stock market numbers before the pandemic. He also championed his own administration for getting two vaccines for COVID-19 ready for distribution within the next couple of weeks.

Fox News' Brian Flood and Joseph A. Wulfsohn contributed to this report.