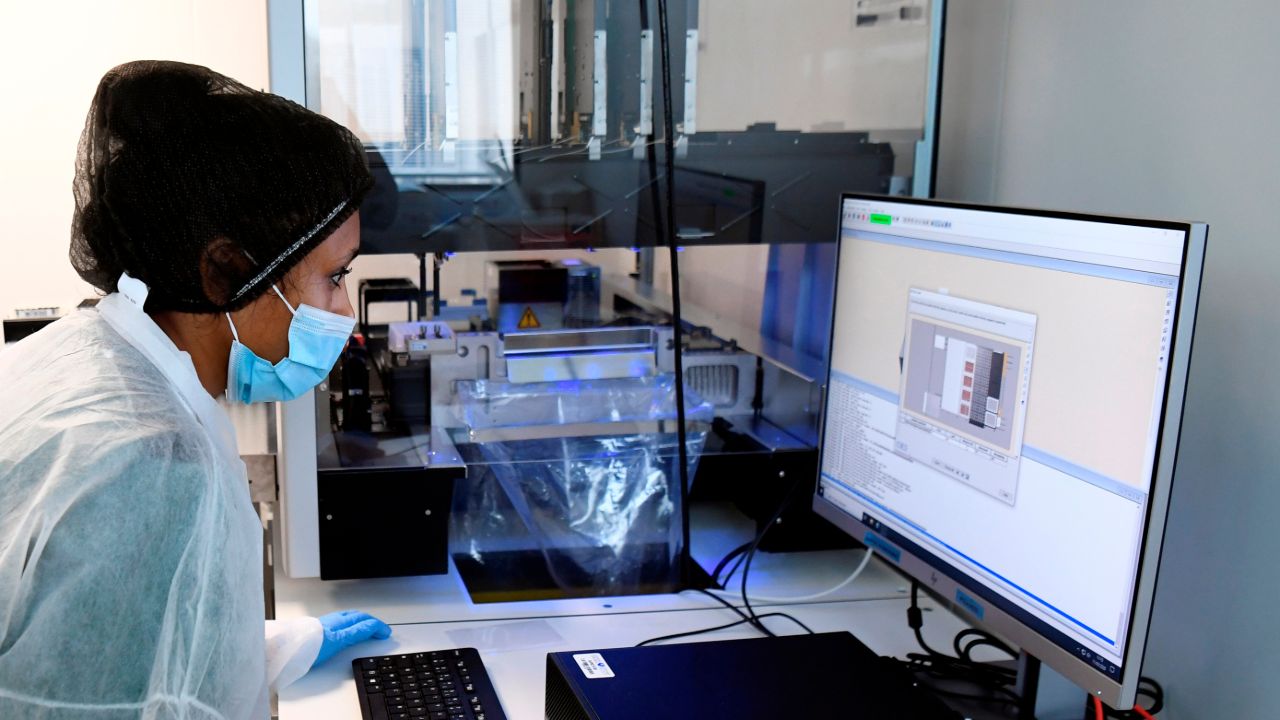 UNITED NATIONS — The U.N. disarmament chief warned Friday that cybercrime is on the rise, with a 600% increase in malicious emails during the COVID-19 pandemic.

Izumi Nakamitsu told an informal meeting of the U.N. Security Council that the coronavirus crisis is moving the world toward increased technological innovation and online collaboration. But she said “there have also been worrying reports of (cyber) attacks against health care organizations and medical research facilities worldwide.”

A health worker checks a computer screen at the COVID-19 test department of the Broussais Hospital in Paris, Monday May 11, 2020. (Alain Jocard, Pool via AP)

The high representative for disarmament affairs said growing digital dependency has increased the vulnerability to cyberattacks, and it is estimated that one such attack takes place every 39 seconds.

According to the International Telecommunication Union, she said, nearly 90 countries are still only at the early stages of making commitments to cybersecurity.

Nakamitsu said the threat from misusing information and communications technology “is urgent.”

But she said there is also good news, pointing to some global progress at the United Nations to address the threats by a group of government expert who developed 11 voluntary non-binding norms of responsible state behavior in the use of such technology.

Estonia’s Prime Minister Juri Ratas, whose country holds the Security Council presidency and organized Friday’s meeting, said the need for “a secure and functioning cyberspace” is more pressing than ever. He condemned cyberattacks targeting hospitals, medical research facilities and other infrastructure, especially during the pandemic.

“Those attacks are unacceptable,” Ratas said. “It will be important to hold the offenders responsible for their behavior.”

Russia did not attend the informal council meeting broadcast online, which was the centerpiece of Estonia’s council presidency. The other 14 council nations did, along with about 50 other nations that spoke.

Russia’s U.N. Mission said in a statement on its website that it did not attend because Estonia, the U.K. and the U.S. violated “the established practice” that all council members attend informal meetings “regardless of whether they approve or disapprove its topic.”

The three countries did not attend a Russian-sponsored informal meeting on Crimea on Thursday. All three oppose Russia’s seizure and annexation of Crimea from Ukraine.

In March, the U.S., U.K., and Estonia accused Russia’s military intelligence of conducting cyberattacks against the government and media websites in Georgia, calling the attacks part of “a continuing pattern of reckless ... cyberoperations against a number of countries” that “clearly contradict Russia’s attempts to claim it is a responsible actor in cyberspace.”

Estonia was the target of a massive three-week cyberattack during a dispute with Russia in 2007 over Estonia’s removal of the Bronze Soldier Soviet war memorial from the center of the capital, Tallinn. The attack disabled the websites of government ministries, political parties, newspapers, banks and companies.

Since then, Estonia has built its cyber defenses and become one of the most wired societies in Europe and a pioneer in the development of “e-government.” Being highly dependent on computers, it is also highly vulnerable to cyberattack.

In this file photo, a reflection of the Department of Homeland Security logo is seen reflected in the glasses of a cyber security analyst. (AP Photo/Mark J. Terrill, File)

“We have witnessed malicious cyber activity that appears designed to undermine the United States and our international partners’ efforts to protect, assist, and inform the public during this global pandemic,” Acting U.S. Deputy Ambassador Cherith Norman Chalet told Friday’s meeting.

She warned that actions hampering hospital and health care systems that perform critical services “could have deadly results.”

Russia’s U.N. Mission posted the speech it would have delivered at the council meeting, which says “the world literally finds itself now before a choice between global cyber peace or cyberwarfare.”

Russia said the COVID-19 pandemic introduced dramatic changes to people’s lives and showed that the world’s dependence on information and telecommunication technologies “is now unprecedented.”

Moscow accused an “`elite’ minority,” whose members it did not identify, of actively pursuing “the militarization of cyberspace by pushing forward the concept of `preventive military cyber strikes,’ including against critical infrastructure.”