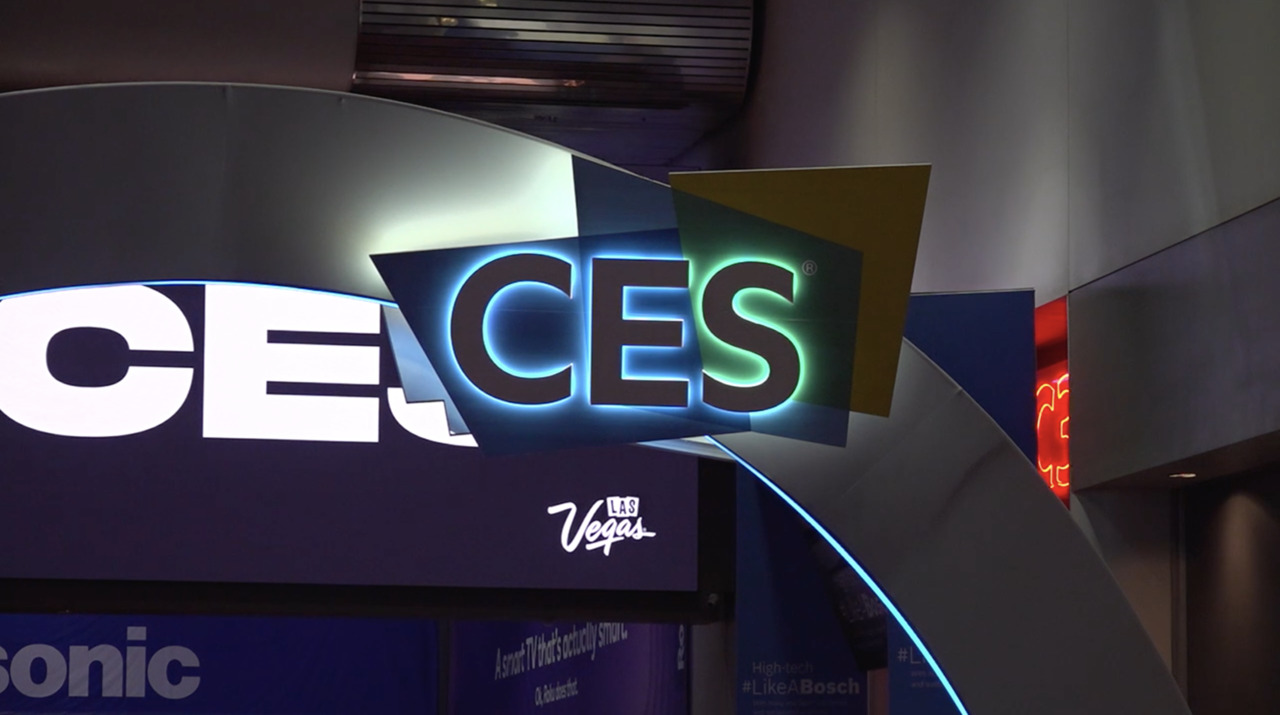 CES is back in person after two years

The world's largest technology show is back in person for the first time in two years despite a surge in COVID cases with the new omicron variant.

Thirteen days before the event known as the world’s largest consumer electronics convention, the producers of my "Claman Countdown" show and I had been flying high. Every interview slot for our Jan. 4-6, in-person, live coverage of CES in Las Vegas, Nevada, had been filled with top-shelf names, including T-Mobile CEO Mike Sievert, who back in July was the first to confirm he would open the entire technology trade show as its star keynote.

Then on Dec. 22 the headline hit: "T-Mobile CEO Mike Sievert dropping out of CES 2022." The company cited prioritizing the safety of its team.

OK, I reasoned, I get it. We’re in the middle of a massive outbreak of omicron, a new COVID-19 variant tearing across the nation. He’s nervous. I could understand. The show would be attracting thousands of exhibitors and attendees from 116 countries. I told myself it’ll be fine, We had so many other CEOs who were still coming and thrilled to get on the show.

But Sievert’s cancellation opened the floodgates. It was as if the Hoover Dam of show guests had broken. Citing concerns for their employees’ health, Intel, GM, Amazon, Microsoft, Mercedes, Google, Lenovo, TikTok and Facebook all pulled out. I was most stunned by Intel’s retreat. I’ve been covering CES since 2008 and every year, the world’s largest microchip manufacturer has claimed the biggest footprint – a sprawling booth at the Las Vegas Convention Center where the company spent a fortune designing a huge, glittering display of its latest silicon chips that laptop and tablet makers couldn’t run or compute without. It was a shock. When it came to CES 2022, Intel would not be living up to its old slogan "Intel Inside."

FOX Business remained committed to sending me and a team of 10 – photographers, a technical manager, satellite truck operators, audio engineers, field producers and the network’s managing editor – to cover what was fast becoming more than just a story for business news viewers. As more names pulled out, I braced myself for what I was sure was coming: an outright cancellation of the entire show.

What happened was just the opposite, and as the Supreme Court considers President Joe Biden’s vaccine mandate and COVID-19 testing rules for the nation’s businesses, justices should look closely at what appears to be a successful test of whether requiring vaccinations will be the key to the nation moving safely back to normal.

CTA, the consumer technology trade association that represents the $422 billion U.S. consumer tech industry and runs CES, decided to create its in-person show model from scratch. CTA President and CEO Gary Shapiro didn’t waver even as more than a dozen tech leaders scrubbed their travel plans. He insisted the show would go on.

In fact, it would be more than just another Vegas convention: it would be the first large-scale test in the nation of whether a massive indoor event drawing thousands of people from all over the world could be pulled off in the middle of a highly contagious pandemic without turning into a superspreader event.

How CES Tackled the Challenge

It wouldn’t be easy. Well before omicron was even identified, CTA began preparing. It put in a mass order with Abbott Labs for the company’s BinaxNOW COVID-19 rapid self-test kits and began working with health experts and Nevada’s Democratic Gov. Steve Sisolak to formulate the protocols and the plan.

Every attendee would have to register his or her proof of two vaccination shots (one if they got the Johnson & Johnson jab) via the Clear App. Vaccines must be FDA or World Health Organization-approved. No exceptions.

Upon arrival in Las Vegas, attendees would be required to present that proof at one of dozens of booths CES set up at airports, hotels and the convention center, after which they’d be handed their official credential and two free rapid COVID-19 tests. Masks would be required at all times on the convention floor and the 10 other CES venues around the city. Journalists could only remove their masks during live interviews. There would be free rapid testing at the convention center for the duration of the four-day event. The convention center, which spans more than 4 million square feet of exhibition space, was outfitted with enhanced air filtration systems, and international travelers would get a free PCR test after the show ended.

On Dec. 30, the nation set a devastating record: the highest number of daily infections reported.

By Dec. 31, citing the need for additional safety measures, CES announced it was dropping the last day of the four-day convention.

Business television networks Bloomberg and CNBC pulled out. My crew and I were still in. I made my pact when I chose this profession. Given a choice, I would run toward news stories. As a local news reporter, I’ve covered Category 5 hurricanes, riots, crack house busts and toxic explosions. Frank Merola, one of the FBN photographers coming with me to Vegas, had rushed to the 2011 Fukushima nuclear disaster to cover it for the network. We would remain vigilant the entire trip.

I won’t say I wasn’t concerned. I reached out to Dr. Harry Sax, executive vice chair of surgery at Cedars Sinai Medical Center in Los Angeles. When I told him I was going to cover CES, he thought for a moment and then said, "I think it’s important that you go. As long as you mitigate risk. Think about it. We don’t want planes to crash, but the answer isn’t ‘don’t fly planes.’ That’s not acceptable or realistic. The answer is, mitigate risk as best you can and then move forward. This vaccine-only event appears to be aiming for that. CES will be a test observed by the world."

Armed with a healthy dose of paranoia, my team and I arrived in Vegas on Jan. 4 to find greatly diminished crowds. At its peak in 2019, CES drew 170,000 exhibitors and leaders. This time, the final tally would shrink more than 70% to just over 45,000. But just as big names pulled out, 2,300 small- and medium-sized businesses, along with major names from Samsung to Chrysler parent Stellantis to smartphone chip giant Qualcomm to farm equipment maker John Deere (which brought a 44,000-pound autonomous tractor), arrived. 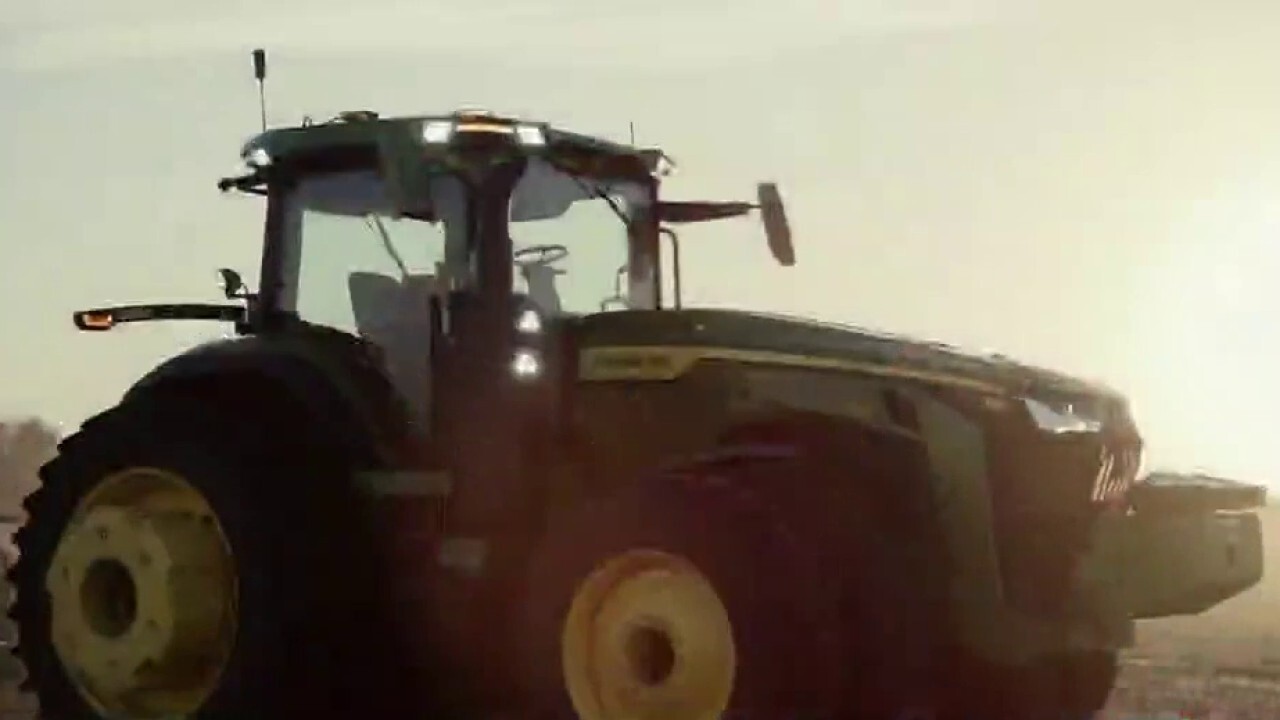 Deere & Company CTO Jahmy Hindman reveals how tech is changing the future of the farm on 'The Claman Countdown.'

Before a large crowd Tuesday night, Qualcomm CEO Cristiano Amon unveiled a virtual reality headset for the metaverse. Qualcomm is partnering with Microsoft to create the new digital universe hardware. Amon told FOX Business, "We’re happy to be here. We had a press conference yesterday. People told me there are (only) going to be five people in the room, but we actually had a full room of 250 people."

Thursday night, CTA also made the decision to hold its annual Leaders in Technology dinner at the Wynn Cristal Ballroom. VIPs, including a dozen members of Congress from both sides of the aisle, attended. In order to maintain social distance, organizers limited tables to seven people each vs. the usual 10.

Sunday, CTA gave some final numbers. More than 2,300 businesses had voluntarily bought into the mandate and made the trip to CES, as did 4,500 attendees. Shapiro told FOX Business, "At this point, I am aware of only a few positive COVID tests of actual CES attendees." While he declined to give specific numbers because CTA was still compiling exact figures, I can say not one of my crew tested positive, even though there were points during the three-day conference when we were surrounded by crowds. Because of the CES rules, those crowds were all masked and vaccinated.

As the Supreme Court ponders whether the federal government has the authority to impose such mandates, leaving it up to businesses to impose mandates appropriate for their workforce is a good idea and CES proves that businesses will buy into such a policy when it furthers their business interests. Moreover, the mandates required by CES appear to have worked.

So, however the Supreme Court rules, businesses should stick to a mandate policy. If 45,000 people congregating indoors can avoid being a superspreader event because of vaccination and mask mandates, then let's have corporations spread these super best practices far and wide.