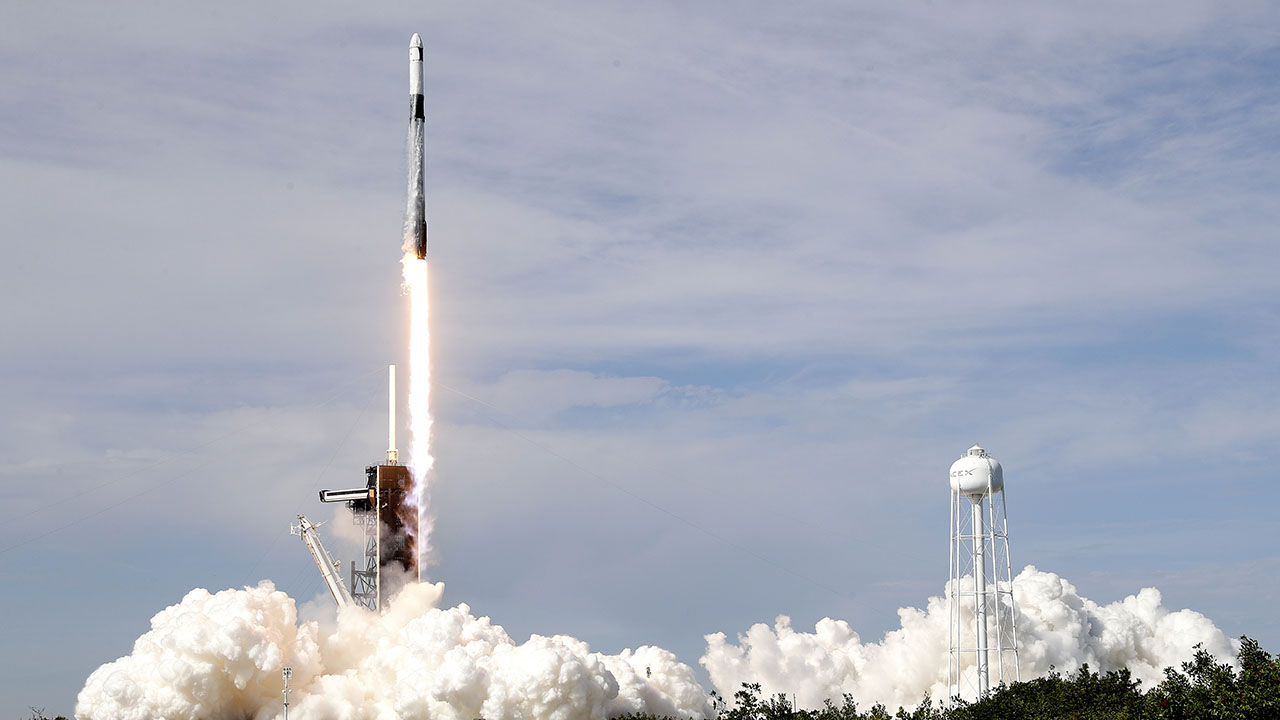 SpaceX is seeking to raise additional funding to build out its business and could be worth nearly $100 billion, according to a media report.

The news outlet added talks with investors are still at an early stage and may be unable to convince investors its worth has doubled since the summer.

A SpaceX Falcon 9 rocket on a resupply mission to the International Space Station lifts off from pad 39A at the Kennedy Space Center in Cape Canaveral, Fla., Sunday, Dec. 6, 2020. (AP Photo/John Raoux)

ELON MUSK SAYS 'TOO MANY MBAS' ARE RUNNING AMERICAN COMPANIES

SpaceX has not yet responded to a request for comment from FOX Business.

The Musk-led SpaceX has had a busy few months, growing its rocket business, as well as its Internet satellite segment. In addition to launching its own satellites, it has launched satellites for others, most recently sending one to low-Earth orbit for the satellite radio company SiriusXM.

It recently performed a test flight of its Starship SN8 rocket that ended in a fireball, though Musk declared it a success, saying the company got the data it needed.

In conjunction with NASA, SpaceX also launched the Crew-1 mission in November, the first crew rotation flight on a U.S. commercial spacecraft, after becoming certified to carry astronauts to the International Space Station.

In May, SpaceX made history by launching NASA astronauts into space from U.S. soil for the first time since 2011, following the retirement of the space shuttle.

Musk has also talked about SpaceX in the context of making humanity a multi-planetary species, having done so as recently as last month.

In October, Musk, who once advocated dropping nuclear weapons on Mars to make it more habitable, set a four-year timeline for an unmanned SpaceX mission to Mars, but cautioned the timeline was "only a guess."

In 2018, the SpaceX and Tesla CEO said there was a "70% chance" he would move to Mars, but caveated there was a "good chance" of dying on the way to the Red Planet.

Two years prior, he laid out an ambitious plan to put human life on Mars. NASA's long-term goal is to send a manned mission to Mars in the 2030s.