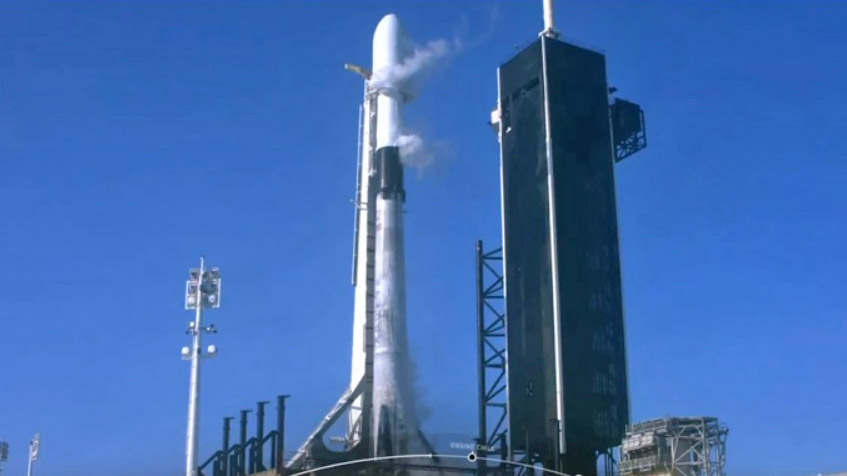 With an eventual public offering in mind, SpaceX is ramping up its Starlink Internet service, as it's slated to launch another 60 satellites on Wednesday.

The launch, according to a list from the Federal Aviation Administration, is slated to happen from Cape Canaveral, Fla. It will take place at 12:36 p.m. EDT on the company's Falcon 9 rocket, according to SpaceflightNow.com.

On Sunday, SpaceX launched another group of 60 satellites, which the Hawthorne, Calif.-based company said will provide "high-speed broadband Internet to locations where access has been unreliable, expensive or completely unavailable."

More than 700 satellites have been launched, according to CNet, which also notes that 60 of the older satellites are in the process of deorbiting

SpaceX continues to bolster its service ahead of its public launch, scheduled for later this year. On Monday, SpaceX teamed with Microsoft to use its Azure cloud computing service to help connect and deploy new services for its Starlink unit.

The Musk-led company has said it is targeting service in the northern part of the U.S. and Canada this year, but has not given an exact time frame yet.

In the past, SpaceX CEO Elon Musk has said that the company will "probably" take its Starlink Internet business public, but only when it has "predictable" and "smooth" revenue growth.

In April, Musk said there were 420 Starlink satellites in space.

In July, Morgan Stanley said SpaceX could be worth as much as $175 billion if Musk's Starlink Internet service is successful.