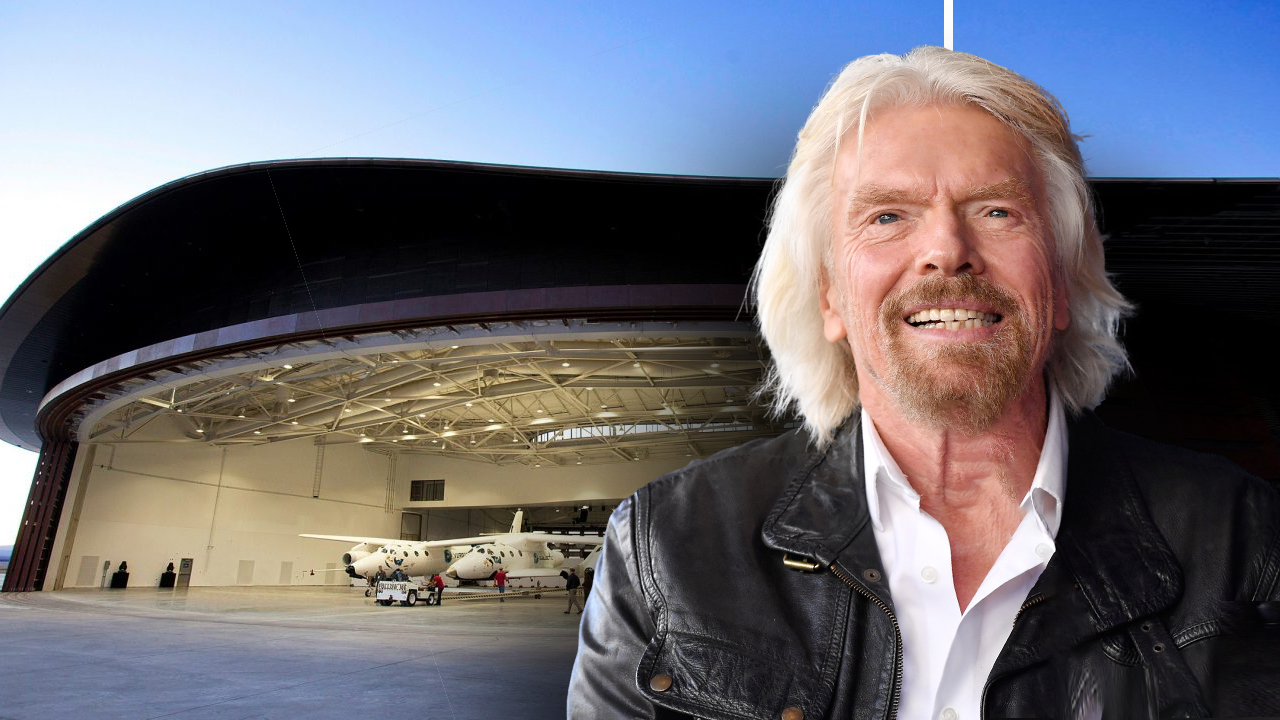 Branson told NBC's "Today" show he had always "envisioned" a spaceship like the sleek VSS Unity's design as a kid.

"I just thought that's how you should fly to space," he said.

While the VSS Unity appeared to be resting at the company's spaceport in Truth or Consequences, New Mexico, the shiny white spacecraft is gearing up for another rocket-powered test flight.

This time, the launch will include six "Unity 22" crew members, including the 70-year-old Branson himself.

The VSS Unity and its mothership VMS Eve – named after Branson's mother – climb together to an altitude just below 50,000 feet before the spaceship is released and its rocket ignites, sending the craft up "a little over Mach 3" to approximately 300,000 feet above Earth.

"The planet peers back at you through the ship’s 17 windows as you see home for the first time," the spaceflight company said on its website. "16 cameras throughout the cabin record every moment of the experience in HD."

Upon reentry, the VSS Unity's wings raise 60 degrees before lowering again after the ship descends into the atmosphere and the pilot lands on the runway – as exhibited in a successful test at the end of May following delays.

However, Branson said he was not in competition with the fellow billionaire.

"I know nobody will believe me when I say it, but honestly, there isn't," he said.

This will be the 20-second test flight for VSS Unity and the company's fourth crewed spaceflight, according to Space.com.

"A new space age is coming. Watch Virgin Galactic spaceflight Unity 22 LIVE on July 11 at 6 am PT/9 am ET," the company wrote.

Seven hundred people have signed up for a seat, paying a whopping $250,000 for the opportunity to enter suborbital space.

"It's going to be a ride," Branson said.