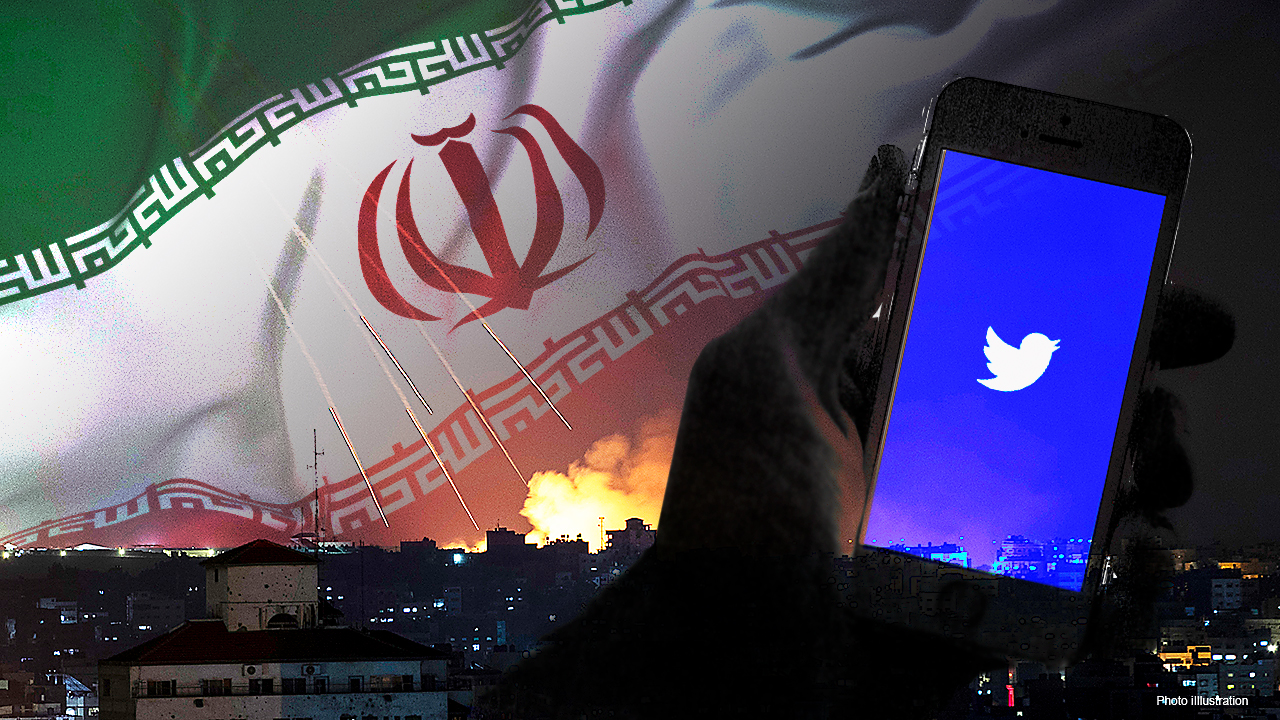 EXCLUSIVE: A group of pro-Iran Twitter accounts flooded the platform with "massive surges of unmitigated antisemitism" and disinformation, enough to get it trending, as Israel stepped up military strikes against the Tehran-backed Hamas terrorists in Gaza responsible for launching hundreds of rockets at civilian targets this week, according to a nonprofit, politically neutral research institution.

The Network Contagion Research Institute, or NCRI, has unveiled its findings, showing a coordinated effort to push hateful content that called for "Death to Israel" and claimed "Hitler was right."

"What you have are enemy regimes that are utilizing the means of open discourse, free speech, in order to undermine democracy, even as they're funding terrorist organizations that are attacking democracy," Joel Finkelstein, the NCRI’s director and co-founder, told Fox News Friday.

ISRAEL CRISIS: WHY IT'S DIFFERENT THIS TIME AROUND

The trending hate speech coincided with violent unrest in Israel between Arabic and Jewish civilians and appeared designed to sway public opinion in the U.S. and other Western countries, according to the researchers.

NETANYAHU CALLS STATE OF EMERGENCY AFTER VIOLENT CLASHES IN LOD

"The NCRI knows and has shown that the use of ethnically motivated hatred in the form of memes mobilizes real-world violence," Finkelstein said. "And that’s very dangerous for democracy."

As Fox News has reported, clashes between mobs of Jews and Arabs in Israel’s mixed cities erupted after nightfall this week – with reports of shootings, stabbings and beatings as well as arson attacks on businesses and vehicles. At the same time, the Israeli military is embroiled in its largest battle with the Gaza-based Hamas terror group since a 2014 war.

"What we’ve seen is that this time you have coordinated inauthentic activity that has managed to create a trending capacity for explicit ethnic hatred," Finkelstein said. "It is remarkable that Twitter has that vulnerability."

Twitter did not immediately respond to Fox News requests for comment, but it appears to have taken action, clamping down on hashtags including "#Covid1948," which combined the year of Israel’s founding with the deadly global pandemic, and shutting down the inauthentic accounts – the most prolific of which were created together in April 2020.

The activity had rapidly spiked around midday Wednesday, according to data collected by NCRI, with the most active accounts tweeting and retweeting the anti-Semitic hashtags up to 150 times per hour.

It slowed down that evening, although the hashtags remained trending. Twitter suppressed the activity a full day later, after NCRI said it shared its findings with the social media giant and Fox News reached out requesting comment.

The researchers said that while the coordinated accounts all self-identified is Iranian or Persian, it was not immediately clear whether another group or government was behind the effort.

What was clear was that the coordinated inauthentic activity was specifically designed to spread anti-Semitic hate speech and exacerbate violence against Israelis and other Jews around the world.

"They’re funding operations to drop missiles on civilians," Finkelstein said. "They’re dropping memes that end up with a kinetic (violent) outcome, both on the ground when missiles are dropping, in the form of angry crowds and now also the form of a mutual distrust and ethnic hatred at home and abroad."

The accounts also pushed the phrase "Kill all Jews" and included images reminiscent of Nazi propaganda depicting Jews as "rats and vermin," according to the NCRI, which shared screenshots of the content before it was removed. And they piggybacked that hate speech along with the hashtag "#FreePalestine," a separate movement for Palestinian independence.

"All we know is that misdirection is pro-Iranian, and it was coordinated during air strikes, during missile strikes, and during retaliation of Israel," former Rep. Denver Riggleman, the NCRI Center for Disinformation Defense’s chief strategist and a former military intelligence officer, said Friday. "Whether it's Russia pretending to be Iran – or Iran saying they're Iranians or Chinese pretending to be Iran – doesn't really mean a hill of beans."

He said it was "scary" that Iranian-backed militants in Hamas, and potentially the Lebanese group Hezbollah, could coordinate rocket attacks along with an international digital push designed to demonize Israelis, whose destruction Iran’s supreme leader has demanded.

"Iran not only is a state sponsor of terrorism kinetically, which is bombs and bullets, but non-kinetically, which is computers, social media and electrons," Riggleman said. "That's the issue here…that they have an ability to organize and coordinate real-time, during hostilities."