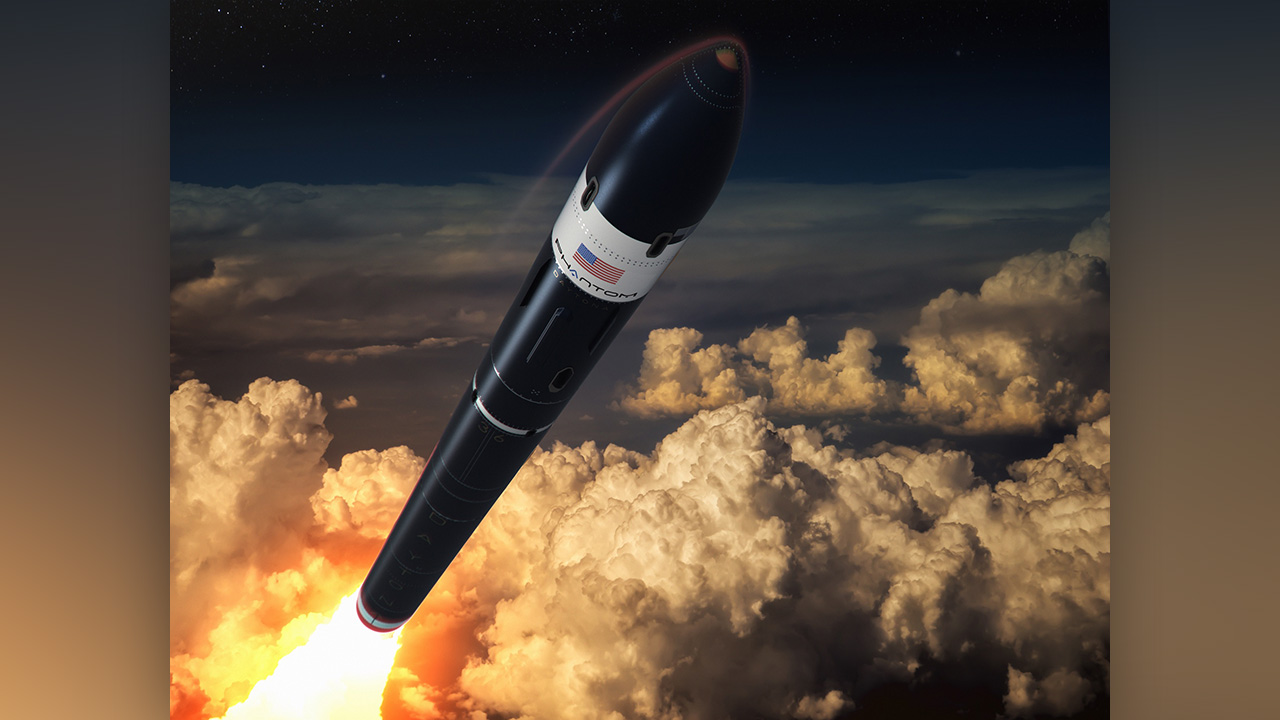 It’s easy to imagine a future where mankind travels to space as easily as to the supermarket, as seen in countless movies and TV shows, and private companies are already laying the groundwork for it – with hefty price tags but promising new technology.

The man who wants to become the "Henry Ford of space" is CEO and co-founder of Phantom Space Corp., a startup tech firm that announced $5 million in seed funding Wednesday morning.

"If we’re mass-manufacturing these things, we can get the cost point down, like Henry Ford, to where the average person can afford it," Cantrell told Fox News Saturday.

The New York City-based Chenel Capital led the new round of fundraising, which will help build up Phantom’s engineering team, take advantage of existing supply chains and begin work on prototype rockets that one day may launch hundreds of times a year. Cantrell said Phantom expects to raise tens of millions more before the end of the year, when rocket stage testing will begin.

SpaceX famously designed and built its own rockets. Phantom Space aims to operate at a fraction of the cost by buying components to mass produce its rockets, satellites and space propulsion systems.

"Phantom Space is among the best-positioned space startups to democratize access to space," Richard Chenel, the founder of Chenel Capital, said in a statement. "Phantom has seen strong demand from both government and commercial partners, and we're thrilled with the opportunity to provide the lead in capital for this round that will support their growing pipeline of customers and launch sites."

Phantom’s Daytona rocket will include U.S.-made liquid oxygen and kerosene rocket engines from Ursa Major, a Denver-based firm that also hopes to revolutionize space travel. Buying the engines rather than designing new ones will save an estimated five years and $50 million in development, Cantrell said.

"SpaceX builds everything themselves internally, so they have to raise a lot of money to create all of these technologies," Cantrell said. "We took a look around – what’s out there that we could buy? What’s the supply chain like? Again like the automotive industry, a good starting point rather than having to reinvent everything."

Phantom Space aims to operate at a fraction of the cost by buying components to mass produce its rockets, satellites and space propulsion systems. (Phantom Space Corp)

As a result, Phantom Space hopes to send up its first orbital launch in early 2023, although Cantrell floated the idea of reaching that milestone as much as a year earlier.

"I see the space economy as being sort of similar to the New World economy back in the 1500s," Cantrell said. "We don’t know all the things that will be done in space that will create value for us on Earth yet – just like we didn’t know what the New World would do to create value in the world."

More difficult than mass-manufacturing safe, cheap rockets, however, will be figuring out how to maintain an ambitious launch schedule, Cantrell said.

"That’s what we’re gonna have to do to make space sort of an ordinary, everyday part of our lives," he said. "Until we can launch daily from everywhere around the world, the economic potential of space has not yet been recognized."

With only a handful of launch ranges in the U.S., as well as time and space constraints and the risk of inclement weather, things could get tight. Other launch developers aim to blast off a few dozen times a year. Phantom wants to conduct hundreds.

So one solution the company is looking into would be horizontal launch facilities – where vehicles take off more like an airplane than a traditional rocket.

If all goes well, one day Earthlings can expect rapid point-to-point rocket-based deliveries down the line.

"I see a future where you have ‘Super FedEx’ deliveries, from say New York to Tokyo that happen in an hour," Cantrell said. "Twenty to 30 years from now, you’ll even have ways that people are moving around the Earth pretty normal with these types of transportation systems. Clearly within the next 10 years you’re gonna see at least military applications of this for rapid delivery of items into critical areas."

A growing number of private companies are looking at ways to democratize space, including SpaceX, which has reached numerous milestones and aims to launch the first private astronaut mission later this year.

The Orbital Assembly Corp. plans to have a luxury space hotel in orbit by 2027. And Axiom Space is already working to develop the world’s first private space station.

But Phantom Space is one of the earliest aiming to serve the general public with physical transportation services, not just satellites.

Cantrell is a self-described car guy, so it’s fitting that Phantom’s first rocket is called the Daytona – and yes it’s named after the Florida speedway.

Of his 22 cars, however, none were made by Tesla.