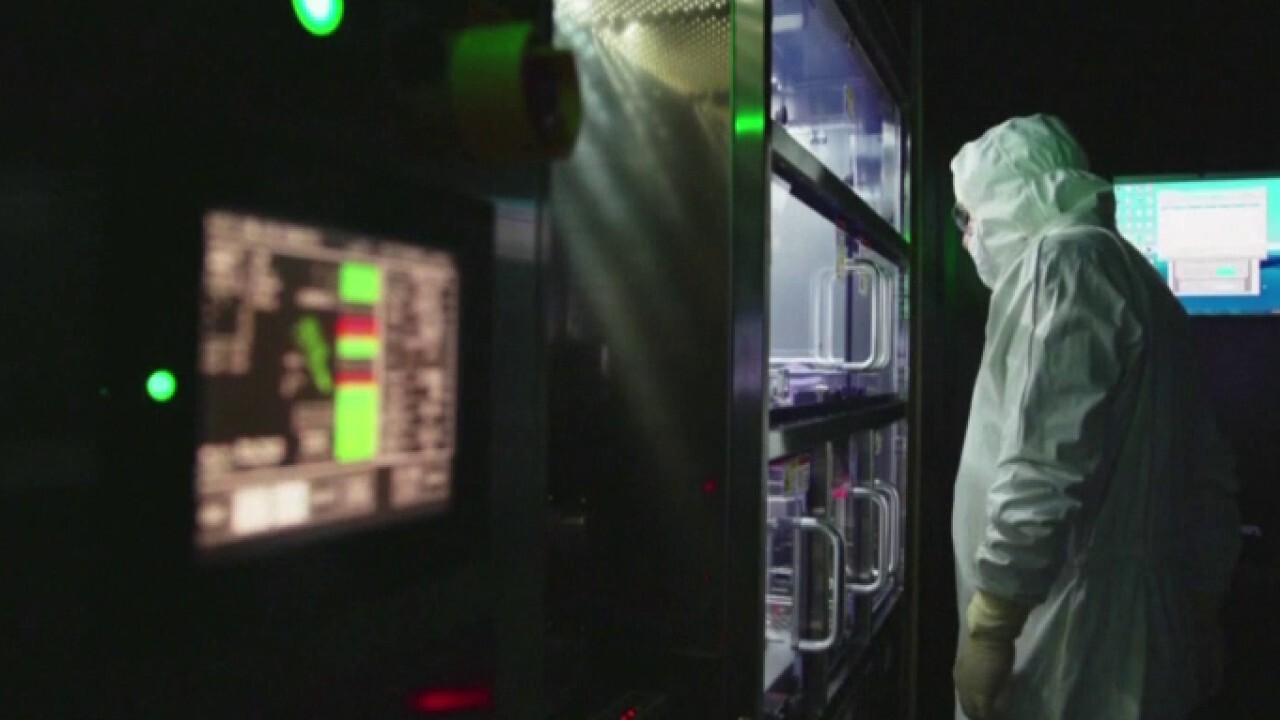 One hundred miles off the coast of China is the largest and most sophisticated microchip maker in the world – Taiwan. These chips power the world's cars, phones, and computers.

China consumes more than half of them and wants more as its economy grows and is increasingly casting an eye to their island neighbor to the east to get them – some worry by military force one day.

"Whoever controls the design and production of these microchips, they'll set the course for the 21st century," said Martijn Rasser, a senior fellow at the Washington-based think tank Center for a New American Security.

"By gaining control over Taiwan’s semiconductor industry, China would control the global market," Rasser said. "They would have access to the most advanced manufacturing capabilities and that is even more valuable than controlling the world's oil."

Last month, the outgoing top U.S. military commander in the Pacific warned China could invade Taiwan in the next six years.

Taiwan could prove to be one of the biggest flashpoints for the Biden administration, forcing it to defend the island Beijing sees as a renegade province, in part to preserve the vital semiconductor industry.  In recent days, China has flown dozens of aircraft, including jet fighters and long-range bombers, near Taiwan.

A global chip shortage brought on by the coronavirus pandemic is hurting sales at Apple, Samsung and Caterpillar. Ford says it expects to produce 1.1 million fewer vehicles.

CHINA'S HUAWEI SAYS SALES DOWN 16.5% AMID US SANCTIONS

"Semiconductors are the ground zero of the global technology competition. They're in everything that we need to function as a society," Rasser said.

In his joint address to Congress this week, President Biden said he had a message for China’s leader.

"In my discussions with President Xi, I told him we welcome the competition. We're not looking for conflict. But I made absolutely clear that we will defend America's interests across the board," Biden said.

In his joint address to Congress this week, President Biden said he had a message for China’s leader: "We will defend America's interests across the board." (Melina Mara/The Washington Post via AP, Pool)

Some 70% of the world's microchips (also known as semiconductors) are made in Taiwan and South Korea. Late last year, the Trump administration blacklisted dozens of Chinese companies, including the communist nation’s top chipmaker. The aim was to cut off U.S. technology from being used to make advanced weapons for the Chinese military.

The Biden administration has followed suit.

Two weeks ago, the White House blacklisted seven Chinese companies to keep the largest chipmaker in the world, the Taiwan Semiconductor Manufacturing Company (TSMC), from selling advanced microchips to China. Those chips would have been used to make advanced weapons as well, officials said when announcing the sanctions. Beijing continues to lag in domestic manufacturing of computer chips and relies on imports to support its growing economy.

"[China’s] been trying to get its hands on the equipment and so far it's not been very successful," Rasser said. "So you can easily imagine a scenario where Beijing decides it's worth the risk and actually invade Taiwan to gain control of this vital industry."

Former President Trump's deputy secretary of state has some advice for the new Biden administration.

"We need to make it much more clear to the Chinese, that they will be defeated if they seek to change the status of the Taiwan Straits," Stephen Biegun told the Aspen Security Forum, moderated by Fox News national security correspondent Jennifer Griffin, Friday.

"We’re not going to go to war if there is a leveraged buyout of the TSMC [Taiwan Semiconductor Manufacturing Company], but certainly this only adds to the concerns," Biegun added.

Chinese missile frigate Yuncheng launches an anti-ship missile during a military exercise in the waters near south China's Hainan Island and Paracel Islands in July 2016. (AP/Xinhua)

The issue of Taiwan also has the attention of many lawmakers.

"Taiwan is a serious area of interest not only because of what they represent as a people but the democracy they embrace. The free world should be concerned about the pivotal role they play in the semiconductor industry. It would be a miscalculation for China to believe they can ingest Taiwan," Sen. Tommy Tuberville, R-Ala. said in a statement to Fox News.

Both Defense Secretary Lloyd Austin and the chairman of the Joint Chiefs of Staff, Gen. Mark Milley, flew out to Hawaii Friday for the change of command for the top military leader whose job is to watch China's every move.

Gen. Milley met with his Japanese and South Korean counterparts before the ceremony. It was the first face-to-face meeting between the three military leaders since the pandemic, underscoring the importance among the Pacific allies of deterring China.